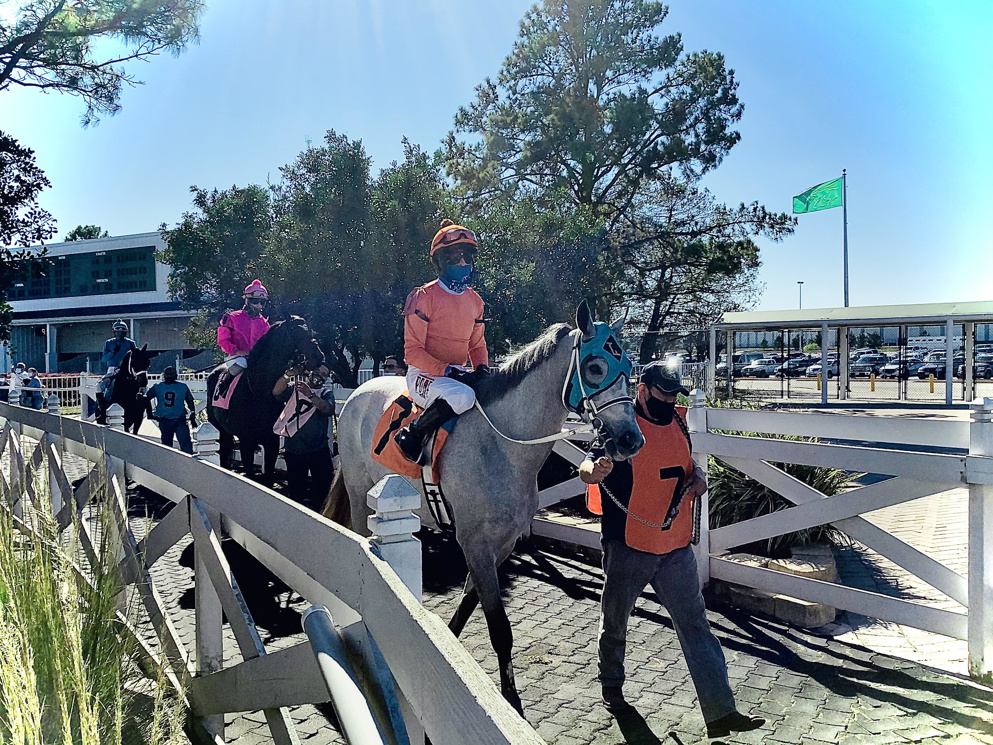 Sam Houston Race Park presents a special Wednesday card for your enjoyment ... after a cancellation last Thursday due to weather.

The Houston Racing Festival is now in the rearview mirror, but it was a record day for the handle on that Sunday in late January ... to the tune of $5.98 million. Now, SHRP is ready for another week of racing! This is a special Wednesday card, since last Thursday's was cancelled due to weather.

With low takeouts at 12% for wagers like the Daily Double and Pick 3s, 4s, 5, and the Space City 6, there is absolutely no reason to not be playing at "Sam." The well-tended John B. Connally Turf Course, in addition to great fields and a solid purse structure, is poised once again to offer major value. The team in the Bayou City is already trotting out another fabulous Meet.

At Horseracing.net/us we have you covered, including all of the action from SHRP! It is a good time for some of the best that North American racing has to offer. Stay tuned! If you're looking for picks elsewhere around the country this Wednesday be sure to check out our free Horse Racing Picks via the gold button below. Do not forget to follow us on Twitter ... @Horseracing_USA ...

I have been extolling the virtues of this 6-yr-old gelding that is trained by Sarah Davidson since the Sam Houston Meet opened early last month. Owned by Cecil Peters, this well-bred Into Mischief gelding was probably up against too high a company in his ’22 debut at the ALLW level. In the opinion of this ‘capper, switching to the turf next out was no easy task either. Despite such a roadblock, I liked his turn-of-foot late in that contest, just missing by half a length. Into Mischiefs … they are versatile. Against this lot, he should be able to take advantage of the pace scenario, and exhibit his talent on the dirt. Don’t count out jockey Pivaral, who is just getting going …

Danny Caldwell is a former coach who realized his dream to become a Thoroughbred owner through hard work, smart decision-making, and some luck. His success has come in bunches over the years, and at places like Remington and Oaklawn, he has proved his ability … time and time again in the race for titles. He comes to Sam Houston with a colt by Freud that is conditioned by his “main man,” Martin Villafranco. The former member of Jack Sisterson’s outfit was in Hot Springs last time out in an MC30k event, and even though the colt did not show much, it was a tough spot. Now, coming into this MSW36k, he is going to be a fabulous price. Villafranco makes the move to “Blinkers,” and adds the services of Floyd Wethey, a rider with good sprint piloting skills. Sounds like a deal to me …

With a full field of 11, this ALLW Co. race should be a good one. A survey of the M/L odds alone tells a story of parity … no deserving favorite afoot in this spot. The closest thing to a short-priced runner is probably Scott Young’s Have a Plan #2. The gelding by Bayern was in an OC30k at SHRP last time out, and he really went to pieces by the time the top of the lane arrived. I would not say this race is a cutback, since he is only dropping back a furlong. Certainly, the riding ability of Jansen Melancon is solid right now (19/4-0-1), but I want to look elsewhere for my “key” horse. I think I found a pick in Mindy Willis’ Im the Machine #10. Talk about a nice price at 20/1 … This gelding by Macho Rocket has the class to hang in this spot, and has a chance to come back nicely after running 5th in a similar just over a week ago. Willis is a seasoned trainer, and I don’t think she would make such a move without cause. Rider Alfredo Triana has some deep experience with this one, and he really just needs a clean trip. That has just been nothing short of non-existent … stumble, too late a bid, and no threat … As for a couple of others to roll in underneath, I want to use the Broberg coupled entry, Maxi Moon #1 and Ride Richie Ride #1A. Each of these has some experience sprinting, and I am sure that the Dallas-based trainer will scratch one of them. Rounding out my ticket, let’s use J.R. Caldwell’s new acquisition, Deanos Cape #4, because this son of The Factor has been around the block, and with the skills of Lane Luzzi, could easily get a piece of the action. Let’s go racing at Sam!

Enjoy some racing from “Deep in the Heart of Texas!” Best of luck on another run at Sam Houston! Don’t forget to follow us on Twitter … Horseracing_USA !!!