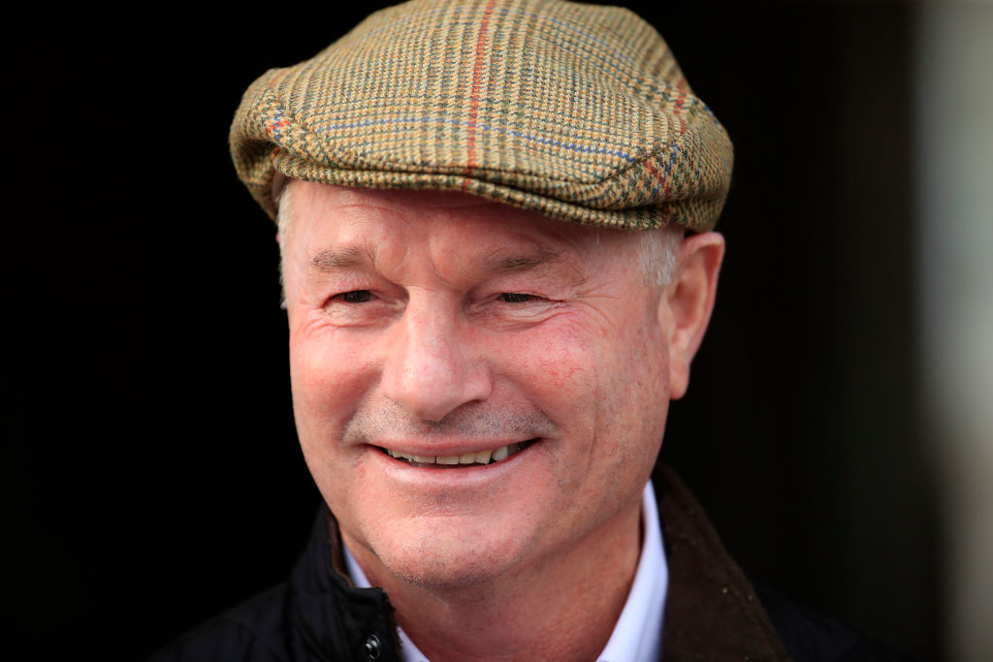 Veteran trainer Richard Mandella has a strong "win" candidate for the G2 San Felipe on Saturday ... see what Forbidden Kingdom's chances look like, and who else has drawn-in! It's preview time ...

Winners of this race, the Grade 2 San Felipe Stakes at “The Great Race Place,” are a list of some celebrated royalty when it comes to Thoroughbred racing. Bob Baffert of course, leads the charge with a total of 8—Life Is Good, Authentic, Mastery, Dortmund, Pioneerof the Nile, Prechinatthebar, Point Given, and Prime Timber … what a list! Recent contests have put Kentucky Derby Points on the line to the tune of 50-20-10-5, respectively. One might argue that this race could be one of the most important Preps on the schedule this spring. Baffert brings a strong hand to the table once again, but he cannot collect any of those coveted KYD148 Points, since Churchill Downs has issued a 2-year ban. IN the midst of Baffert challenging that in a Kentucky court, we still should have a hotly contested race on our hands. Grab some popcorn because it is going to be quite a show!

Here is a colt by Oxbow that turned in a dud of a performance last time in the Grade 3 Bob Lewis S. back on 6 February at Santa Anita. In his defense, it was Baffert’s Messier who was “on.” Still, I expected the Doug O’Neill entry to be at least in the top 3. The Calumet homebred was a country mile behind when the favorite crossed the wire. Now, it is time to pick up the pieces, and try and runback in this spot. Bel Cedillo gets the call, and these connections are hoping for a better time of it. Maybe going “Blinker Off” is the play … but that just seems like a hunch.

The “other” O’Neill entry might be worse than the 1st one. This colt by Square Eddie has run against other Cal breds his whole career. In 4 races, he has some nice performances, but it was against “state co.” There is no way that measures up to a Grade 2 race, and I am sure the folks at Reddam Racing know it. The purple and white silks have been around long enough … Regular Reddam hero Mario Gutierrez is aboard once again (remember that choice he made in the Preakness with Nyquist to duel on the lead … head scratcher …), and maybe he can get this one home? Not sure …

The literal and metaphysical trials of Bob Baffert continue … amid all of the pomp and circumstance, we find that he is still training away. The CHRB has yet to tell him otherwise, so the show must go on. Here is a stout, well-bred son of Quality Road that was a pretty penny back at the Keeneland September Sale in 2020 … yes, $210k. That’s actually modest, because other Quality Roads have gone for more. SF and Starlight got their pocketbooks out, and now, it’s time to graduate. In a pair of races, this colt made the jump from running 3rd at  6½F to winning at 1 1/16th. Both of those efforts were at Santa Anita, and his front-running style should be on full display. HOF jockey John Velazquez returns after a suspension, and it will be interesting to see how this one runs. His works look smart … probably a top pick.

Trainer Simon Callaghan is hoping to win a ticket to Churchill by trotting out this colt by Klimt. Speaking of high-priced runners, Kaleem Shah spared no expense when he purchased this one at the OBS Spring Sale in 2021 for $310k. Expectations ... they are raining down … Callaghan couldn’t get Flavien Prat to ride his charge again, so he had to turn to Mike Smith … not bad. In an MC20k last time out, this 3-yr-old broke his maiden against 5 others. He showed some strong foot once the top of the lane arrived, and he could easily step-up in here and hit-the-board. I am not sure he can win in this spot. It is going to take a game effort, to be sure.

Baffert’s customary other half of the uncoupled entry is this impressively bred colt by Into Mischief. That husky super sire needs no introduction … Baffert got ahold of this $570k purchase, and watched him break his maiden on debut at Los Alamitos back in early December. The next time we saw the SF/Starlight/Madaket investment, it was in the Grade San Vincente at Santa Anita at the end of January. Either he didn’t like the track that day, the fractions were too stiff, or he just didn’t have his best fastball … whatever the reason, he ended up 4th. There were only 5 runners entered … the winner being Forbidden Kingdom #6. A rematch is in order, it seems. Will this Baffert entry get redemption? I am skeptical, even with Flavien Prat in the irons.

Trainer Richard Mandella has a long history, and has competed in some of the toughest races in North America. He has a blossoming champion in this son of American Pharoah that is owned by Spendthrift Farm and MyRacehorse. The late B. Wayne Hughes had a vision for horse ownership, and he went along with Michael Behrens. Now, the legions have another possible Derby Trail runner (Authentic was successful, wasn’t he?), and I am sure the postings on social media will be iconic if this colt wins. He has already built a strong resume. The score in the San Vicente (G2) was something to build on. JJ Hernandez continues to cement his place among the best riders in SoCal, and if this one can stretch out, then the purse/”Points” will be in-hand. I think it can happen … A true match for Baffert’s speedsters!

The Bob Lewis was all about Messier … and then 15-lengths later, it was about this colt from the barn of George Papaprodromou. A son of Pioneerof the Nile, he was able to make the jump from the turf over to the dirt. It was a difficult race to drop into … Grade 3 … surface switch … longer distance at 1 1/16th … Victor Espinoza, who will be aboard for the 6th time in-a-row, tried valiantly, but to no avail. Now, the waters are getting deeper, and this one is in even more over his head. I will say this … just getting in-the-money would be an accomplishment. You never know …

Join us Saturday for all of our Santa Anita selections! Should be a great set of races from “The Great Race Place!” Don’t forget to follow us on Twitter … Horseracing_USA !!!