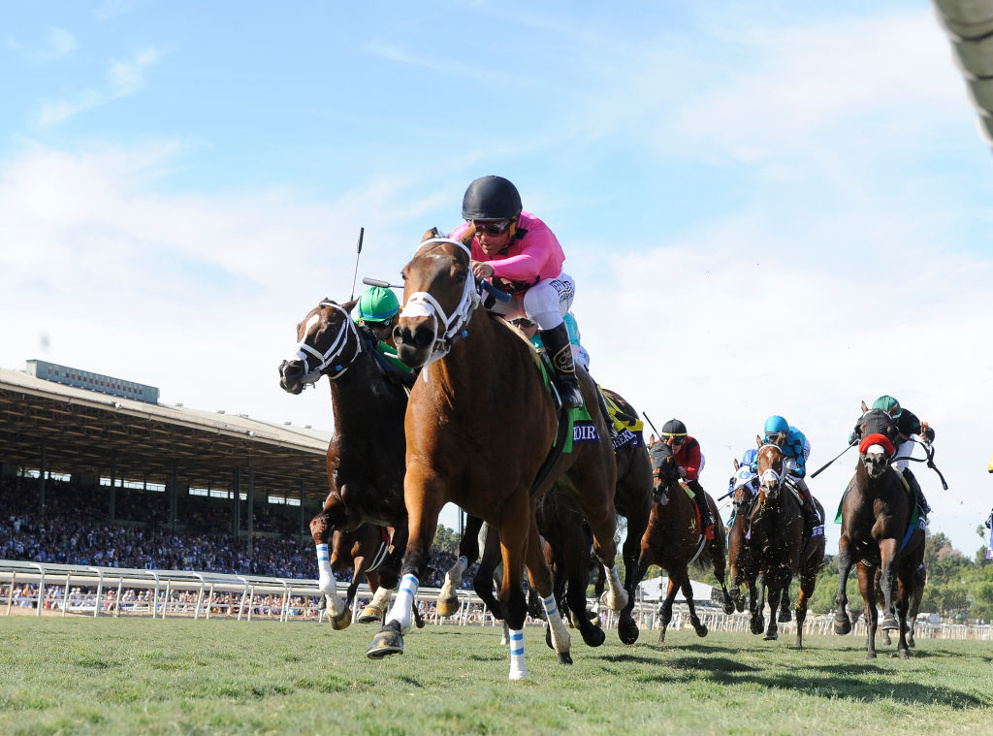 The Gamely Stakes brings together a fine group of turf milers. See who has the edge in this savvy preview by turf-man, J.N. Campbell.

One of the highlights of the Santa Anita Winter-Spring Meet is the Gamely Stakes which traditionally brings together a good group of deeper routers on the turf. In the past, this race has seen some impressive winners that include Bobby Frankel’s Citronade and Precious Kitten, Christophe Clement’s Hard Not to Like, Chad Brown’s Lady Eli, and last year’s winner (who is back to defend), Jonathan Wong’s Keeper Of the Stars. If you want to score in this race you will have to combine sound tactics along with a late turn-of-foot. The Santa Anita Turf Course is ready for the Gamely, are you?

The Bradley T-Breds and Madaket-owned mare has seen her share of battles. Her career record of 17/3-2-4 is respectable considering she has regularly competed in races like Keeneland’s Jenny Wiley (G1) and the Belmont Flower Bowl (G1). Winning a Grade 1 race is not easy, and that is probably why she has barely hit the board most of the time. She can handle the distance test here, even though she has never tried the SA Turf Course. Mike Smith gets the call, and his turf riding is less than inspirational. Brendan Walsh is a trainer who has a bevy of grass runners in his keep, but this one may be down the list.

Offspring of The Factor have accelerated to near the top of the grass sire charts in North America, and when you see one entered, it has to be considered a contender. Phil D’Amato has an awfully good sprint/router on his hands (Note: Bernstein on the dam-side) that he received from Mike McDonald. The former conditioner must be looking at the 3/3 under D’Amato, and just shaking his head. The 5-yr-old mare won in convincing fashion, all on the frontend in a G3 and a pair of G2s. Now, with Flavien Prat back aboard, she is going to try and make it 4 in-a-row. Who can stand in this team’s way? The only question is the stretch out to 1 1/8th. Can Prat, a Top 5 North American turf jockey, guide this one home. The strategy of going out early may work against her when the closers charge.

The “other” D’Amato runner may or may not show. She is double entered in this race and in the Grade 1 Shoemaker Mile, which is 2 races prior to this one. I am not sure which one is best. Running against the like (females) might be the better play here, but the addition of Mario Gutierrez as opposed to JJ Hernandez is a minus. A few races back in September at Del Mar, she won by a neck in a 1 1/8th G2. Getting back to that distance might be exactly what she wants to do. Phil is facing a tough decision. Stay tuned the day of … maybe that will be a clue about his level of confidence. Either way, I cannot say I am huge fan.

The 4-yr-old filly is now officially part of the MyRacehorse Family, and you know what that means? Now, the legions can join in ownership. Would you pay the 80.00 bucks for a share? There is no doubt this daughter of Goldencents is talented, and with an overall record of 18/4-8-2, she continues to prove she is relevant. Over the course of her development, she has moved from a sprinter/miler to competing in longer turf events. I would not have expected that, but Richard Baltas has gotten creative. Last time, in the Santa Ana (G3) she smoked the field of 5, enroute to a nice score going 1¼. Umberto Rispoli is a great pilot to have in the saddle, and maybe he can make the difference for the legions. Those MyRacehorse folks are tough to stop!

Trainer Paddy Gallagher has a classy filly in his barn, but she has struggled ever since winning the Del Mar Oaks (G1) last season. I was supremely hopeful that her arrival at Keeneland for the QEII Cup would be her coronation. It was a miss, behind Harveys Lil Goil. Gallagher and owner Haruya Yoshida (interesting fellow) seem quite taken with Ricardo Gonzalez as the jokcey. They are sticking with him once again in this spot. At this point, she is going to have to prove she belongs. I am off the Lark train for now.

The champ of last year’s Gamely S. is back once again for more “Graded” plunder. Jonathan Wong had a heck of a time last year when his base at Golden Gate suffered greatly under the COVID-19 shutdown. He shuttled members of his barn to the far-reaches of space, in an attempt to keep them running. This 5-yr-old mare never was able to capture what she possessed after that win in this race. Winning by a neck at GG in an ALLW33k off the bench does not incite much confidence. She then lost by a head in the San Francisco (G3) to Whisper Not. Abel Cedillo is supremely experienced riding this one, but his grass skills are unfortunately remedial. No repeat here …

In 2020, this daughter of Exchange Rate rode the class wave to the top, and was impressive in both the Rodeo Drive (G1) and the Goldikova (G2). Simon Callaghan entered her in the Matriarch (G1) at Del Mar at the end of the season, and she just missed the board against some strong eastern invaders like Viadera, Blowout, Juliet Foxtrot, and Sharing. She clearly was not ready for the Jenny Wiley (G1) in her debut as a 5-yr-old, but it was a yielding surface that day on the Haggin, so allowances should be made. Coming back to SA is going to be the best move, especially considering her record on the course is 7/3-3-0. The price on her should be excellent, and I like the addition of JJ Hernandez. You don’t get Rispoli, but no matter, this will be a solid play with Callaghan’s training ability on full-display.

John Sadler’s turf starts are acceptable. He doesn’t quite compete with the likes of D’Amato and Mandella in this regard, but ownership groups like Hronis still think he is up to scratch. Last year, he brought this filly over from Ireland, and proceeded to enter her in a couple of Santa Anita turf contests. The China Doll 75k and the Honeymoon (G3) were quality efforts, so it will be interesting to see her get back into competition in 2021. I am not sure this is the spot, as this feels a bit like tossing darts at a board. She has trained fine, but it is extremely difficult to be able to tell just how fit she is against this lot. Jockey Jose Valdivia is extremely inexperienced when it comes to lawn mowing.

Another former Gamely Stakes (G1) alum, the Richard Baltas runner is back for another go. Last time, she was 2nd, rallying from the “clouds.” She followed that performance with a win in the Yellow Ribbon (G2) at Del Mar. Best win ever … hands down. Baltas shut her down after an 8th place finish in the Matriarch (G1), and she has not been seen since. Coming into this spot with Trevor McCarthy aboard is going to be like climbing a steep mountain. Maybe this is one to watch … put a wager down at a later date, after she gets one under her.