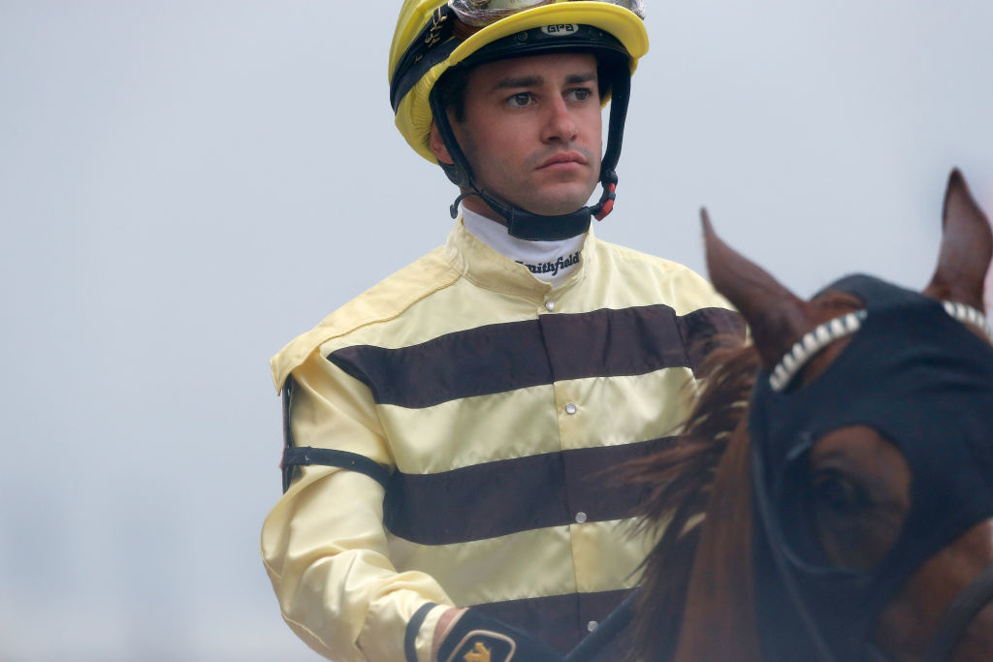 Jockey Flavien Prat is in Saratoga Springs to ride Chad Brown's entry in the National Racing Hall of Fame Stakes (G2) ... check out this analysis, below.

The Summer of 2021 at Saratoga Springs, New York is coming into a major weekend of racing ... it is Whitney (G1) eve, everyone! Some of the best horse racing in North America is at The SPA! Today, check out our full selections, plus our specific plays, along with a roving analysis. Previews are aplenty too, as we get ready for a Super Saturday!

Here is a longer route on the turf that has numerous possibilities. The M/L favorite is tepid at best, and it is mainly based on his participation last out in the Grade I Manhattan. Christophe Clement’s City Man #11 is experienced, and he is certainly well-bred for the turf. I do not know how much I want to lean on him though because he was not terribly game … finished 9th, 12-lengths back. The addition of jockey Joel Rosario is a plus, but it isn’t a lynchpin.

Certainly, when we are talking about the turf, the red “KS” of Seth Klarman burns bright. He only teams with trainer Chad Brown to bring us Value Engineering #5. This 5-yr-old will end up being a short price because of the connections. Still, he has something to prove, even though his 2021 debut was a 3rd place finish back at Belmont in early June. I am a huge Javier Castellano fan, and I am hoping he can return to the riding hegemony he once enjoyed on the sod. What makes this horse special is his incredible consistency. Rarely does he run a “poor” race … hitting the board in his 8 career starts is impressive. If he can prove he can win, he could be at the top of Brown’s outfit … that is saying something.

Spurning ones that are destined to be short prices, I want some value, and I think I have found it in Mike Maker’s Conviction Trade #4. Paradise Farms is an excellent organization, and even though this one appears to have some suspect form, do not be fooled. I would argue he was up against the tide in his last 3 races. The Muniz (G2) @FG … Colonel Liam … an ALLW83k @KEE … too much of a rally needed … and finally, the Gold Cup (G2) @BEL … 2 miles? Those were all stiff tests, and gave Maker, an accomplished tactician, time to assess needs. At 10/1 on the M/L, this son of Exchange Rate looks poised for a breakout. Luis Saez is music to my ears, as his turf riding is reaching a new level of expertise.

Over the years, this race, the Grade II Hall of Fame, brings together some of the marquee barns in North America that know exactly how to prepare turf horses. Trainer Chad Brown has had his share of winners over the years, which included 4 in-a-row from 2015—2018. You probably recall Takeover Target, Camelot Kitten, Bricks and Mortar, and most recently, Raging Bull (FR). Brown hasn’t won recently, as those scores went to Bill Mott (Casa Creed-2019), and Christophe Clement (Decorated Invader-2020).

This time around, the deserving favorite appears to be Public Sector #2. Brown has this son of Kingman (GB) headed in the proper direction after a near miss last out in the Manila100k at Belmont. Original #6, who is drawn in here for John Terranova, outlasted him. Maybe Brown’s colt will get the best of him, and avenge that tough loss. To my eye, this is basically a 2-horse race between the pair of them. My sense is that “Sector,” who gets Flavien Prat aboard once again, should win the day. Notching a Grade II would do wonders for either of them. I was hoping for something a little more “original,” but that is sometimes the way it goes.

Part of a nice Friday stakes card, this “Non-G” has some major upside, and the Alydar120k, named for that celebrated power runner, is going to be a ton of fun. Probably the top of the class chain in here is Brad Cox’s well-known Night Ops #8. He is out of Warrior’s Reward, and just continues to barely miss in a number of salty contests. The horse is battle-hardened, having run against the likes of Silver State at Oaklawn, and Mighty Heart at Churchill. With Manny Franco in the saddle, he should have a great chance to notch his 1st victory of 2021.

If you are looking for some more intriguing prospects, then why not take a gander at someone like Art Collector #4. The former 2020 Derby Trailer runner is now under the watchful eye of HOF trainer Bill Mott, and not Tom Drury. Bruce Lunsford switches to a much more high-profile barn, and I am sure he is hoping that this move can rekindle some of that great running his colt did in the Blue Grass (G2) last summer. Since the Preakness, his attempts were less than stellar, despite the tough class contests.

I like both of these entries, but for me I want to back Saffie Joseph’s Math Wizard #5. Out of Algorithms, here is a 5-yr-old that has matured nicely since running last time in the touted Pegasus World Cup (G1) way back at Gulfstream Park in late January. This one is talented, and Joseph sometimes gets stereotyped as a South Florida “guy,” despite being a magnificent conditioner elsewhere. Irad Ortiz can make this runner even more impressive, and he knows how to work well with Joseph. Sharp off-the-bench is what I think will happen …

Holy cow … if you are looking for a very difficult race to test the very marrow of your handicapping ability, then it must be this year’s edition of the Grade III Troy S. It is time to cut the grass … turn and burn on the turf … and try to get a nicely priced winner. There is some serious class firepower that will lining up in the starting gate late on Friday.

Most will take a look at favorites like Bound for Nowhere #11 and Casa Creed #12, who were against one another last out in the Jaipur (G1) on the Belmont Stakes Week undercard. Add in Chewing Gum #2 (who was sandwiched in between them on the tote once the payouts were released), and Fast Boat #1 (who was 6th), means we have quite a reunion. I actually want to toss all of these out because I am not convinced that 6F contest applies here. I am also against the alums of that Churchill 110k race from June. My sense is that Classy John #3 and Carotari #8 will be way overmatched. Since I am editing … I feel the same about Front Run the Fed #5 and the legendary Imprimis #7, who happens to be the defending champ.

Of those left, when it comes to a top choice, that is clear … it is Charlie Appleby’s Lazuli #10. Out of the wonderful sire Dubawi (who I realize has bred grass routers), this 4-yr-old gelding comes out the great Godolphin turf sprinting tradition. Appleby’s renown for handling these types has grown exponentially these past 10 years, and he would not bring this one over to NYRA without intent. The “Boys In Blue” have experience shipping this one, and I have no doubt that Luis Saez will have him rolling late in this contest. Handling the class comparison with his prior races is not an issue whatsoever, nor is the footing. Is there a clearer “win” bet on the Friday card? I cannot see one …