Saratoga Picks: Ex-Baffert Corniche takes to the track in G2 Amsterdam on July 31 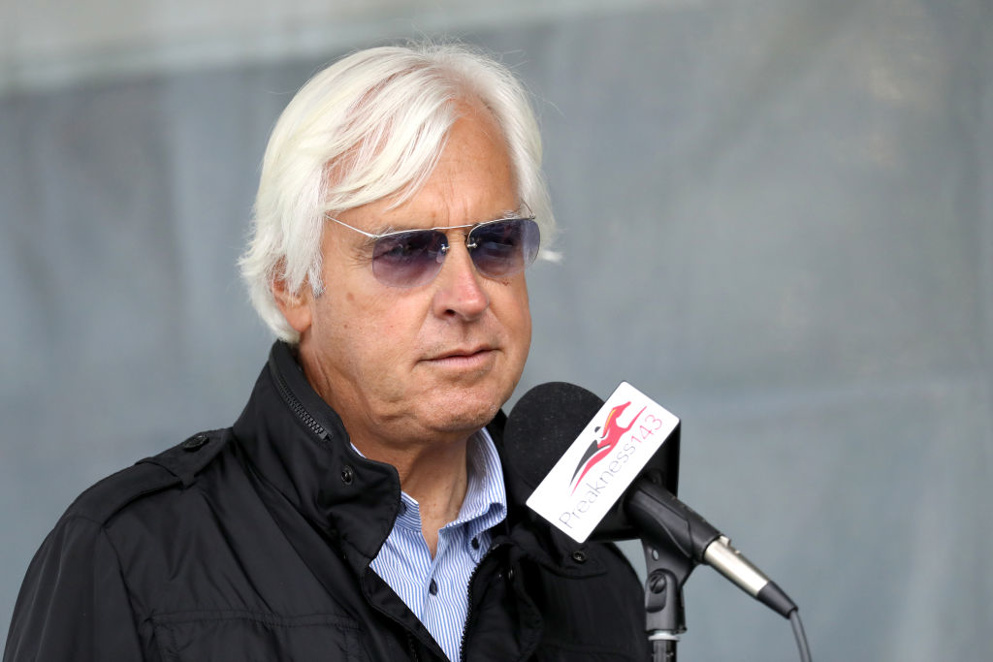 Even though HOF trainer Bob Baffert will not be able to ship to NYRA until 2023, that does not mean that his former runners cannot. The G2 Amsterdam has one in-particular that is present you will have heard of ... picks and a rundown of those present are below!

Saratoga ... known the world over as "The Spa" ... is situated comfortably in Upstate New York. The celebrated track is poised to finish off its 3rd weekend of racing. The town north of Albany is bustling with activity and has what many consider the best competition of the entire year.

NYRA will continue to put forward another major stakes schedule, and with full fields, it should be another exciting go! The feature this afternoon is two-fold with the G2 Amsterdam S. and the G2 Bowling Green S ... what a line-up!

When it comes to a “most likely,” look no further than this member of Christophe Clement’s fine establishment. Bred by one of the best generational turfers in the world, Frankel (GB), Clement's runner is always in the hunt since coming over from running in France back in 2021. Madaket and Michael Dubb own this router, and he has the class rating to take on OC80kn3x Co. The creative Jose Ortiz continues to guide this one, and his mount looks as fit as ever. If you could get 7/2, I would consider that an overlay.

Against the power of Chad Brown on the turf, you do have some alternatives in this year’s edition of the G2 Bowling Green S. Trainer Rudy Brisset has a solid Meet going with his string at Saratoga, and I like this gelding by Temple City that he brings into this spot. Well-bred for distance turf races, he just needs the right trip. I think he is sitting on a big effort. Brisset takes the “blinkers-off,” and that always is a vote of confidence. The cutback in distance from running in the Belmont Gold Cup (G2) only adds to the argument.

Some of the best betting on the Sunday card is easily this one—the Amsterdam Stakes. Of course, most eyes will be on Bob Baffert’s former Breeders’ Cup Juvenile Champion who now is with Todd Pletcher. Last year, Corniche #7 wowed the crowds and their mouths were agape when this son of Quality Road came thundering down the long stretch at Del Mar. Speedway Stables paid a pretty penny for him ($1.5 million at the September OBS ’21 Sale), and they stuck with the HOF SoCal-based trainer well into the spring. When the suspension was issued, their colt was finally shifted over to Pletcher. Looking for a spot to run him in has not been easy, but this is the best-case scenario. Luis Saez will sub for Mike Smith, and expect this 3-yr-old to take money. My contrarian-thinking is taking over, and I am wanting to find an alternative in this Grade 2. A pair of runners pique my interest. John Terranova’s Pinehurst #1 shipped to Saudi Arabia for their G3 Derby in February, and the colt by Twirling Candy did well for Bob Baffert. That field wasn’t as tough as the one he faced in the UAE Derby (G2), and that’s probably why he was 16th out of 25 in the end. Coming back to the U.S., switching to Terranova, he received a nice break. Moving back to sprinting seems logical, and he is a stout competitor with Flavien Prat in the irons. My top pick though is the other half of Pletcher’s uncoupled entry. My Prankster #8 is a sprinter through and through, and he rarely runs a bad race. The Low Family bought this well-bred son of Into Mischief for $600k, and he already has over $300k in earnings to his credit. He ran against some tough company throughout the spring at Gulfstream Park, Keeneland, and finally at Churchill Downs. The addition of John Velazquez is a welcome sight, especially since he and Pletcher work so well together. With a win over this track as a 2-yr-old, the best news of all … a nice price around 8/1. As I said, what a betting contest this is going to be! Here is the wager …