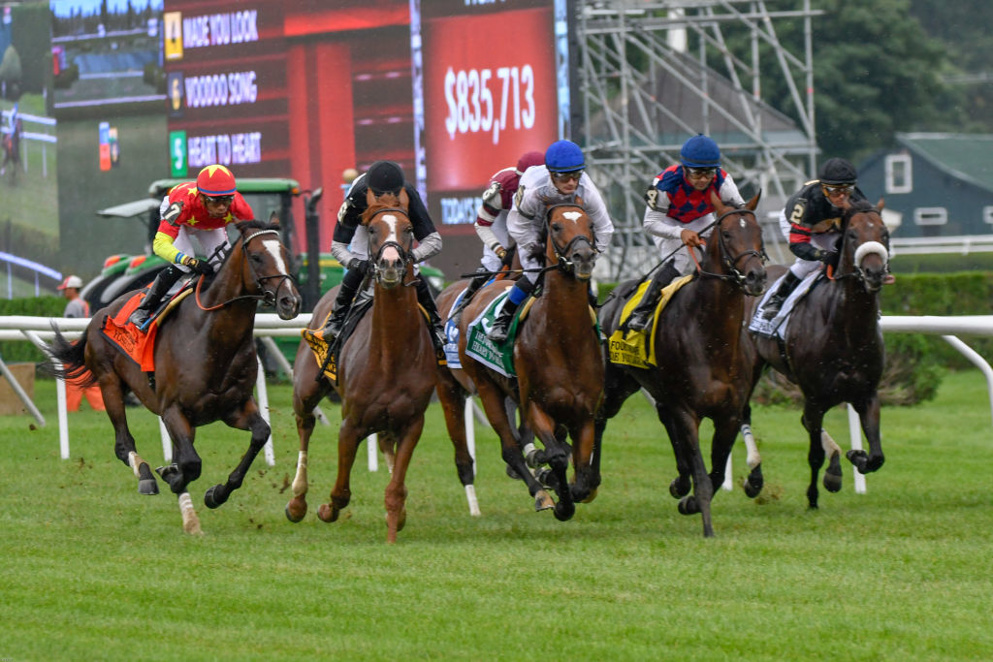 The last Saratoga Thursday comes calling ... Here are turfwriter J.N. Campbell's picks! Free and for your use ... what a deal!

Saratoga Springs, the town north of New York's capital is immersed in equine-related activity! The celebrated Meet has now passed Travers Day, and that means we have less than a week left of racing before the "closing" arrives on Labor Day Monday. Enjoy it while it lasts!

I know Wesley Ward’s 2-yr-old “win” ratios at Saratoga do not look as sparkling as they do at Keeneland, but that doesn’t mean that you should steer clear of all of them. Here is a gelding by American Pharoah that is going to be making his debut at The Spa. That is no easy chore, but he has some plusses to him. Not only does he have Ward’s conditioning methods behind him, but Jose Ortiz knows how to hustle a mount out of the gate on the grass. I am pretty interested to see how the offspring of Alpha Centauri takes to the green. If you ever saw that big, yet graceful, Jessica Harrington runner, then you know what I am talking about. She was a champion, and this one has the opportunity to be as well.

There are times when targeting the higher-priced Chad Brown entry can be profitable. Peter Brant owns some very expensive racehorses, and this gelding by New Approach (IRE) is no exception. He paid nearly a million for this one, but he has yet to live up to that number when it comes to U.S. victories. This is the perfect chance to get on board. Last out, in an OC80kn3x, Manny Franco had difficulty getting him in gear, and the result was extremely poor. Coming back, expect the jockey (who is having a solid Meet), to be in a much better position. Being forwardly placed will be the key. Is there a chance this Brown will end up being more like 5/1 or 6/1? Here’s to hoping …

While Irad Ortiz and Joel Rosario serve their “days,” the turf will become a battleground for Flavien Prat, Jose Ortiz, and Luis Saez. All these fellows have the requisite skills to get the job done in this “feature.” Prat is aboard Chad Brown’s Idea Generation #5, a Klaravich-owned filly that is well-bred by Dubawi (IRE). She cost Seth Klarman almost a half million, and her debut was a betting flop … she only ran for purse money. I think her ability is sound, as are her bloodlines, but we all know that she will probably be an underlay when this race goes off. Jose Ortiz’s mount is interesting, and could be a potential short price. Horacio De Paz has had some winners at The Spa Meet, and Be Your Best #6 certainly impressed when she cruised to victory to break her maiden in her only race to-date. If she can take a step forward, then she is a player. However, it makes me nervous when a “1st out” runner scores … My top selection is not either entry. Instead, I like Saez’s ride … Fausto Gutierrez’s Pachuca #3. Here is a filly by Ghostzapper; she is a St. George Stable homebred that is making her 1st start on the grass. Her bloodlines could support such a move, and I like that Saez gets the call. His aggressive style, especially when it counts down the lane is something to behold. If you could get 8/1 on this runner, then that would be an excellent price. Gutierrez continues to be one of the most underrated trainers in America, despite his success last year with Letruska. Time to head to the Inner Turf …