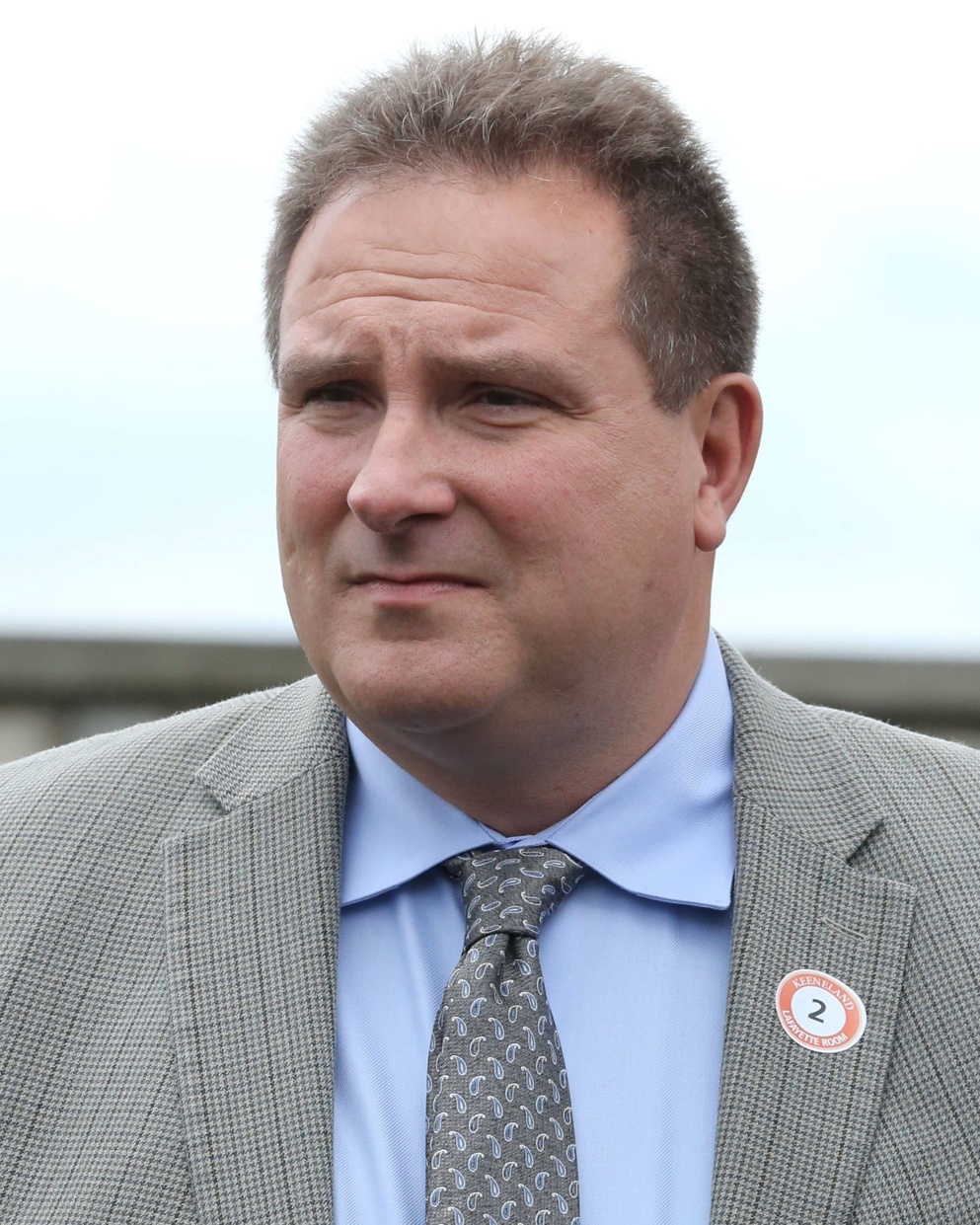 Trainer Mike Maker leads the standings at the Saratoga Meet ... can he hold off the likes of Chad Brown, Todd Pletcher, and Steve Asmussen? Stay tuned ...

NYRA's Saratoga Meet enters its 4th full week, and we have already seen upsets galore, plus a few celebrated favorites that everyone knew would come through.

Jockey standings remained fairly fixed, with Luis Saez sitting atop a tenuous lead ... the Ortiz Bros. are right behind him. When it comes to the conditioning ranks, Mike Maker has surprised some by besting mainstays like HOFs Todd Pletcher and Steve Asmussen ... plus Chad Brown, who just crossed the 2000 win mark.

As we cross the halfway mark, it is time to uncover some long shots and get some winners. Our turf-man will be with you every step of the way! Watch the weather forecast because race conditions will be affected, as we have rain in the forecast almost everyday this week. Stay tuned ...

A 6F turn is where we find ourselves on this Wednesday, and the MC ranks have already proven to be a tough go this Meet. Out of the 8 that are drawn in here you could just as easily play Rudy Rodriguez’s Ms Penelopepitstop #3 (has to be a story behind that moniker). She already had her debut race, under her back at Monmouth, but it was a tale of 2 halves that day in a MSW48k. Her early speed was evident, but she couldn’t maintain it, and finished off the board (4th). Coming back to the track a month and a half later, one has to wonder if her fitness is in a much better place. It’s unclear … Looking for a gem elsewhere, I think, is the plan. I cannot say that Mike Maker’s Bonkers #5 qualifies, since this filly seems to be plummeting class-wise. I know she is out of celebrated super sire Bernardini, but it is hard to back one that has shown little over her past few races. You get Luis Saez, but that might not make much of a difference.

As for a top pick, I am partial to going with Eduardo Jones’ Madame Rose #1 … at 30/1. She had a flash of speed 2-back at Belmont that garnered her a “place,” and that was at a higher MC level. Maybe she catches a “hot rail” and scoops up the win with a massive boxcar price. Hmm … I am going to use her, but prefer to support Jim Ryerson’s Adele Kat #8. She is out of Dialed In (a valued sprinter sire), and her conditioner is switching her over to the dirt after being on the grass for all 4 of her career races. She might appreciate this situation, and there is some class relief coming her way too. Manny Franco is going to have to keep her close to the lead, which would be a tactical switch to how she has run in her prior races. The 3-yr-old should be fit, since she is still within the bounds of the form cycle. Maybe drifting towards double-digit odds will assist us even further.

If the rainfall amounts will not be too heavy, then there is a good chance this one will remain on the grass. Hope so … Who doesn’t love these tough 1 1/8th distance tests on the turf? I sure do relish them because they test a jockey’s ability to navigate traffic troubles, and a horse’s ability to settle early. Should be fun …

I am pretty bullish on Graham Motion’s Lisheen #3. To me this one is a clear winner because she is a filly with a good number of attributes. Already these Into Mischiefs have proven they can run long or short … grass or dirt … so, that is a tick almost immediately. The dam side is even better because More Than Ready is in the background. Motion works well and has a history with fillies that goes back 2 decades. Shamrock Farm, an excellent outfit, has entrusted their investment with him, and it is a solid pairing.

You toss in Jose Ortiz, who is riding well at The SPA, and you have the makings for a score. Some will see the class hike as a stumbling block, but I think she is ready for the jump. Having a win in that MSW100k already at the Meet is a real confidence factor for me. If you want to toss in Ian Wilkes’ Elle Est Forte #7 and Todd Pletcher’s Jordan’s Leo #10, I think that should round out a nice Trifecta play.

When it comes to runners that are logical in a race like this one, no one would honestly begrudge a selection like Linda Rice’s Betsy Blue #2. An OC45k like this one is a mid-grade 1-turn affair … so, naturally those that have already contested this class level and distance are predisposed to favoritism. At 9/5, Rice claimed this one 4-back from George Weaver, and a couple weeks later entered the filly out of Tonalist at Aqueduct in a turf race that ended up on the MT. That was a short field vs. 3, but the win by a nose set her up to ship to Belmont. That was a 125k, and she won convincingly. At The SPA, she lost in the slop as the heavy favorite in an OC45k. I am sure Rice had to recalibrate her plans a bit, and sending her back into a similar makes sense. Irad Ortiz is back, and that will lower her price even more so.

I am not sure I want to take such a price, especially after a miss on the dropdown. Instead, looking for a better price seems sensible. For my money, I think Wayne Potts has a good one with Honey Money #6. The 4-yr-old filly is moving up in class from an ALLW90k. The distance should not be an issue, and I always like to see Jose Ortiz take on his brother. With versatile speed in his arsenal, it should give this top-rated rider a chance to make some key decisions early or late. Being up front is of course sensible … the best news is that speed fig the filly out of Central Banker posted last time was sparkling. More to come, as this one goes for a 3rd SPA try …

Another one that might be affected by some moisture … watching the weather is the only option. The grounds staff will do their best to give us a proper set of measurements … firm to soft … or somewhere in between. What you need to know is that there are a fair number of runners entered here that were or are connected to trainer Wesley Ward. Into the Sunrise #1 and Arrest Me Red #8 are officially entered if this remains on the grass; while Fire Sword #5 is a MTO speedster who is a dirt specialist. As for a former Ward barn member, you should be aware that Fauci #2 is medically sound and ready for action for Phil Antonacci.

Running through the “Wards,” I do not care for turf sprinters that are forced to break from Gate 1. They can get stuck in traffic, and even though this conditioner is superb at training “early” types, it is still a risk. Irad Ortiz rides this son of Into Mischief, and though he is classy, there is no way he is going to be 7/2 at post time. This one is going to be watered down on the tote.

I think the same will happen with Johnny V’s mount—a colt out of Pioneerof the Nile. Ward got this one back in December from Arnaud Delacour, and the Lael Stables burner has trained nicely since June. Though Ward and Velazquez were potent at Keeneland back in April, this veteran jockey has been pretty cold this Meet at The SPA. I am not saying that is a reason to shy away, but it warrants a pause. I will say this … if this moves to the Main Track, I am all in for Ward’s #5.

For a top pick, I am pretty bullish on Saffie Joseph’s Awesome Gerry #6. The Gulfstream-based conditioner does not have a strong SPA record this time around, and most will shy away from this son of Liam’s Map. Make no mistake, this colt has some turf in his background, and Joseph can spot runners well. The best news is the switch back to Tyler Gaffalione because his work continues to be stellar in New York. I like his grass decision-making ability. Let’s not forget that this field doesn’t have a strong class group. It might be the perfect moment to hit with a nicely bred turf runner. If Joseph can get hot, he can rival the very best in the sport.