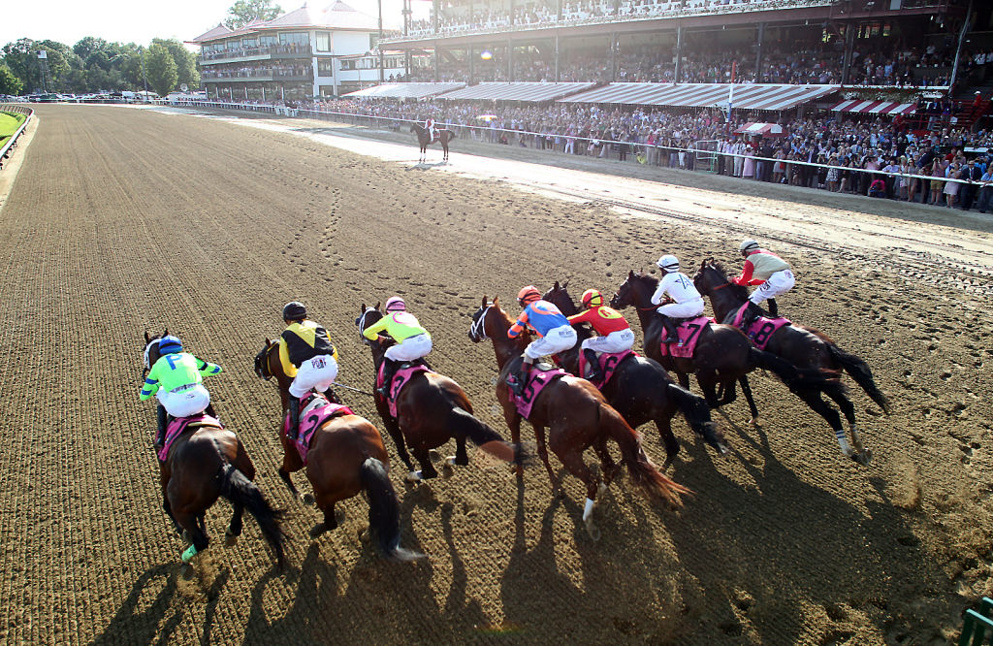 Nothing better than a Saratoga Saturday ... The Diana Stakes (G1) takes center stage, but there are an impressive array of races on this card that are sure to excite. Have a read ...

Is there anything better than a summer at Saratoga? It is a complex question, but it has nothing short of the easiest of answers. Once again, NYRA will host one of the most celebrated meets in all of Thoroughbred racing.

HorseRacing.net/us will be with you every step of the way, as we offer a full slate of selections, and put forth some specific analysis on a select set of races. This time of year, brings the threat of pop-up showers, so be sure to monitor the forecasts each day because it could impact the conditions on the Mellon and Inner Turf Courses. Stay tuned …

A 5½F turf burning festival assembles for Race 7, and this field brings together an eclectic mix of entrants … some young and untested, others older and more experienced. I am fairly interested in backing Mark Casse’s Souper Dormy #4 who looks the part. In 2 races at Churchill Downs, the 4-yr-old colt garnered 2nd place in each OC62.5 contest. Now that he will not have to face Chris Hartman’s Gray Attempt (who bested him each time), he should be able to improve even further. These Into Mischiefs are on top of the world, and their versatility is known far and wide. I like the recent workout, and with Junior Alvarado aboard, he can help to secure a win at this preferred distance. Let’s use this one on top, and take the “coupled” entry (Happymac #1 / Shekky Shebaz #1A) under.

Here is a high-level ALLW Co. duel that is going to get your blood pumping. Going 7F @the SPA, these older males are going to duke it out around 1-turn. Jockey Ricardo Santana was pretty hot to open the Saratoga Meet, and he takes Beau Liam #1 out for another sprint for Stonestreet. In his debut race at Churchill in late May, the colt was spectacular against 8 others, breaking his maiden in fine fashion. Steve Asmussen is hoping that he can keep it going, and there is no doubt that if he can, this race could be ripe for a follow-up score.

Another inviting pick is Javier Castellano’s mount … the highly-touted Klaravich runner, Crowded Trade #10. This More Than Ready colt was talked about as a possible Derby runner, but it never materialized after being walloped by long shots Bourbonic and Dynamic One in the Wood Memorial (G2). After skipping the 1st Saturday in May, Chad Brown sent him to the Preakness S. (G1). Not much went right there either … 5th place, 12-back finish. Recalibrating, his conditioner sees fit to try a shorter run here at Saratoga. It might work … probably not. Using him underneath might be what makes the most sense.

I want to back the #1, but breaking from the deep chute and running along that temporary rail can be dicey. Also, I much prefer a price-horse in this spot, and I found one in Mr Sippi #8 from the barn of Joe Sharp. This colt is facing older horses for the first time, and that is a tough prospect. However, I like the spot, and his conditioner is doing well of late. Sharp scratched him out of the Quick Call S. on Opening Day, in order to draw in for this race. If he can use his breakaway speed, the Runhappy colt could be a massive overlay as Junior Alvarado takes over the riding duties. He has the ability to be aggressive, and he will need it, especially against this group.

This is a “graduated” wager if I ever saw one, and we should be able to use it to our advantage.

Over the years this race, the Sanford S., has seen some strong young sprinters including Firenze Fire and Sombeyay. Who will join them this time around? Barring some kind of poor start out of the gate, Todd Pletcher’s Wit #1 should win this thing. The colt out of Practical Joke seems ready to rise even further after winning on debut. The future HOF conditioner is absolutely loaded with 2-yr-olds this Meet, and this one might be one of his best in his stable. If you are looking for a “Single” on your horizontal tickets, then this is the play. Getting Irad Ortiz is not too shabby either.

Thinking about whom to use with him, I also want to consider Brendan Walsh’s Candy Landing #2. This well-bred young one is out of Twirling Candy, and he was strong on debut at Churchill Downs. Winning by 4+ lengths in a MSW100k event in early June, he outran his odds of 17/1 and then some. James Graham specifically flies in to ride this Mueller Stable homebred, and Walsh may have a bright spot in his barn that could make some noise later in the Meet.

One other colt that shows promise is Tom Amoss’ Ottoman Empire #7. Out of Classic Empire, the colt was game enroute to his own debut win at Churchill Downs on 20 June. He showed mettle coming from behind against a big field of 10 others, and he could be destructive once again. Jose Ortiz hops aboard, since Graham is already spoken for. This will be an interesting race, especially if Pletcher’s ace fails to fire. Stay tuned …

The “Feature” on Saturday is the celebrated Diana S., which is a Grade 1 affair of the highest order. The North American presence in here is usually led by trainer Chad Brown, and he does have a pair of entries this time around. Both Pocket Square #2 and Lemista (IRE) #7 are trying to up their games. The former was way overmatched in the Just A Game S. (G1) last time, while the latter is hoping to build on a 2nd place finish in the Beaugay (G3). Neither of them looks ready to go longer, and take on G1 competition. This could be the end of Brown’s Diana winning streak.

Other higher odds American runners that will garner some notice include Brendan Walsh’s La Signare #1, who is coming off a nice 2nd in the Gamely S. (G1) at Santa Anita in late May. Also, inviting is Arnaud Delacour’s Magic Attitude #3. This filly out of recently deceased super sire Galileo (IRE) is trying to get back on track after being shutout in the New York (G2) on the Belmont Stakes undercard. Of course, the sentimental selection will be Bill Mott’s Harvey’s Lil Goil #5. Out of American Pharoah, she had a strong 2020, followed by a solid score in the Beaugay (G3). However, her New York (G2) attempt fell flat—finished 5th. I am not sure any of these entrants are reliable, and that goes for the Brown mates as well.

If you want some truly impressive grass specialists, then you can take your pick from Charlie Appleby’s pair. If you aren’t familiar with this conditioner, then you might be residing under an igneous rock. He is one of the best international trainers … period. Summer Romance #6 and Althiqa #8 are accomplished Godolphin-owned turf routers who have faced off in numerous settings in Europe, and most recently at Belmont in the Just A Game (G1). Althiqa #8 steered by Mike Smith, charged up the rail, and nipped her stablemate before the wire. Now, I believe the shoe might be on the proverbial “other foot,” as the distance gets extended. I am pleased to see Luis Saez aboard Summer Romance #6, and fully expect this Kingman (GB) filly to record the victory. It is time to load up! The Euros on the turf … makes sense …

The Saratoga Saturday finale is going to have us trying to figure out a 1-turn MT 7F deep sprint. It is never easy. You could easily go with Irad Ortiz’s mount, the Jeremiah Englehart gelding Askin for a Baskin #8. Last out, his conditioner switched him from the turf to the dirt, and the gelding nearly won at long odds of 28/1. It actually wasn’t that close, but compared to the rest of this crowd, he probably looks the best on paper. That is not a reason to just blindly accept 5/2 or thereabouts.

Instead, I want someone who is on the make, and looks full of promise from a solid outfit. To my eye, what about Brad Cox’s Ducale #7 (ridden by Manny Franco) or Todd Pletcher’s Abaan #6 (Luis Saez is up)? Each of these have differing attributes, and Cox’s has some major speed potential. Pletcher’s is coming off-the-bench, and could be ready to fire. I would not be surprised if this son of Will Take Charge appreciates the move up to the SPA. Either of these entries has a legitimate shot to score in here. I would give a slight edge to the Pletcher entry in this contest … the price should be right at around 11/1 or 12/1.