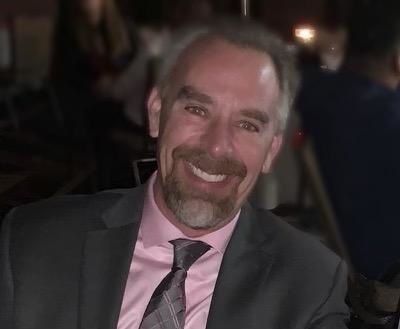 Karl Broberg trains one of the favorite for the St. Louis Derby

A lot of attention may be at Saratoga on Saturday for Travers Day but the St Louis Derby is back after a 15 year hiatus as new owners of Fairmount Park - FanDuel Sportsbook - have reinstated the race with a purse of $250,000.

Seven have been entered with Brad Cox, Karl Broberg and Steve Asmussen all represented but Neil Monnery likes another horse to take out the prize...

This will be the biggest race of the year at the newly renamed FanDuel Sportsbook & Horse Racing track and it has attracted a field of seven with three very well known trainers sending up three-year-olds for the race.

Brad Cox may well have his eyes trained on the Grade I ravers with Essential Quality the odds-on favorite but he also has the Morning Line choice here. Gagetown - who hasn’t actually tasted victory since breaking his Maiden back in November last year is priced up at 9-5. The Exaggerator colt finished third last time out in the Iowa Derby over at Prairie Meadows and that run seems to have enticed the linemaker at FD Racing to give him the favorite tag.

Only just behind is Karl Broberg’s Flash of Mischief. This well bred three-year-old looks a better bet to me and will open up in the pools at 2-1. He beat Gagetown at the Iowa Derby (albeit he finished second) but he also went over to Saratoga and came home fourth at the Grade II Amsterdam. After a dalliance with turf, he’s back on dirt and has won two of his last four.

Runner-up in the Grade II Rebel Hozier is back after failing to kick on from that win. After that race he was very much on the Road to the Kentucky Derby but a sixth place at the Grade I Arkansas Derby ended those aspirations. He’s been transferred from Bob Baffert to Rodolphe Brisset and has also recently been sold for $200,000. He’ll have to start bringing home the bacon to pay off their investment and an Allowance race at Ellis Park may well get him back on the right track. At 5-1 he’s a big price. This Pioneerof the Nile colt has a much better resume than anyone else in the field. That ninth place at the Ohio Derby is a concern but I like him to bounce back here. A good spot for him.

Steve Asmussen also joins the party as he sends up three-year-old Gelding Irish Unity as he looks to take a victory in this renewed race. He has the same breeding on his sire side as Hozier above and has a couple of victories at Lone Star to his name. He came home second last time out at Ellis Park. Could be an under the radar play but at 4-1 - that seems like a short price for a horse who has yet to face any field that has much depth in class.

Ekatimorningstrike, W W Crazy and Two Worlds round out the field of seven.

I would be surprised if I didn't pick Hozier when I come to handicapping the FD Racing card for Saturday. I love the breeding and he has shown something already this year - albeit with a different trainer.

Just getting this race back is fun and it will be interesting to see whether the locals will come out and support it.