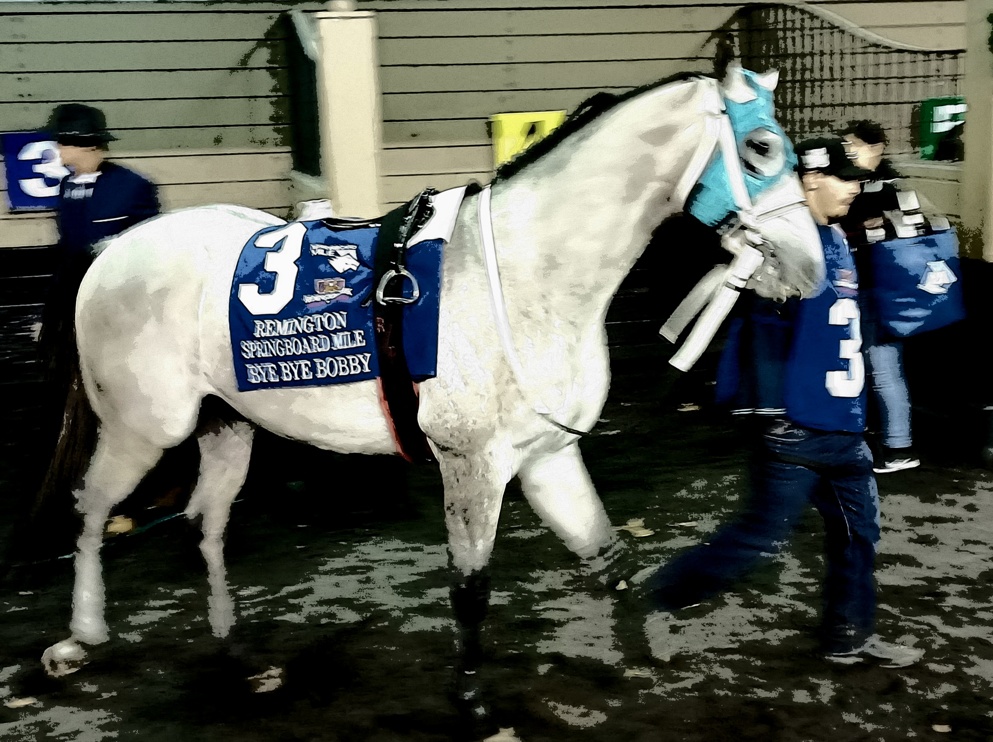 The Grade 3 Sunland Derby is back ... Check out this rundown of the KYD148 "Points" race, plus free picks for the entire card. Does Todd Fincher's Bye Bye Bobby (pictured) have what it takes? Find out ...

The Sunland Derby returns after a 2-year hiatus because of the Pandemic ... This Grade 3 race takes to the oval at the “Racino” just over the New Mexico border from El Paso, Texas.

Picking up where they left off, the end of the Sunland Series is this race, their Derby, which carries Kentucky Derby Points of 50-20-10-5 for the Top 4 finishers. We have you covered with free selections for all 11 races, so check them out!

After a 2-year layoff due to COVID-19, it is great to see the Sunland Derby back at it. With KYD148 “Points” on the table (50-20-10-5), it will be an interesting result, to say the least, quite possibly vaulting one of these runners into the large Australian-built starting gate on the “1st Saturday in May.”

As far as a top selection, I am positive that many “punters” will be pretty keen to back Doug O’Neill’s newly-blinkered colt by Nyquist … Slow Down Andy #4. He is the class of the field, and already a solid shipper having run 4x at 4 different tracks. He was not really up to scratch last time, but it was against Steve Asmussen’s Epicenter in the Risen Star (G2). Kudos to Mario Gutierrez (who is coming Sunland) for trying to get this one into position, but it was too little, too late, as Joel Rosario took over the race. O’Neill has a big weekend planned, with Hot Rod Charlie running in Dubai, and though this desert track near El Paso is not quite Meydan, a win here could bring some acclaim. Speaking of Asmussen and Rosario, make no mistake about it, they are here too. The Eclipse Award Jockey is aboard Classic Moment #2, a son of Classic Empire, that is partly owned by Winchell Thoroughbreds. They have Epicenter in their stable, but this one has some potential. Last time out in the local prep, the Mine That Bird Derby $100k, he was sluggish through most of the race and never got going. Maybe Rosario can right the ship … For the record, this runner is part of an uncoupled entry, the other half being Costa Terra #1. I am not sure what to do with this well-bred son of Gun Runner. He could be formidable after running at Oaklawn in the Southwest S. (G3) (#2 did as well), and a tough OC80kn1x. Luis Negron, a strong Sunland rider, gets the call.

Outside of these 3 entries, I think this race really might come down to a rematch between Jim Rome’s (Jungle Racing) Straight Up G #8, who is trained by Richard Baltas, and B4 Farms’ Bye Bye Bobby #5, who is trained by the excellent Todd Fincher. To my eye, it is clear who wins this time around. In the $100k “Bird” at the end of last month, Baltas’ colt by Straight Fire did just that … shot to the lead, controlled the fractions quite easily, and was not challenged. I do not think that Ricardo Gonzalez is going to be able to get away with that tactic again. Fincher’s runner has elite ability, but up until this point, it could be summarized as raw and untested. A son of Quality Road, “Bobby” needs a clean trip. Roimes Chirinos is becoming his own jockey, and it is wonderful to see him excel. Fincher is one of the best conditioners of 2-3-yr-olds in the country, and few really know him on the national level. It is just a matter of time before that changes. “Bobby” could be his ticket to the Derby, and I think he has an excellent chance to score on Sunday. This is a race the New Mexico trainer won back in 2018 with Runaway Ghost, but the colt had an injury that kept him from competing along the Triple Crown highway … Time for some redemption, as Bye Bye Bobby #5 is my top selection. Here is the wager to go with it!

Sunland’s Derby Day is back after a 2-year hiatus! Best of luck on another run at the track near El Paso, Texas! Don’t forget to follow us on Twitter … Horseracing_USA !!!