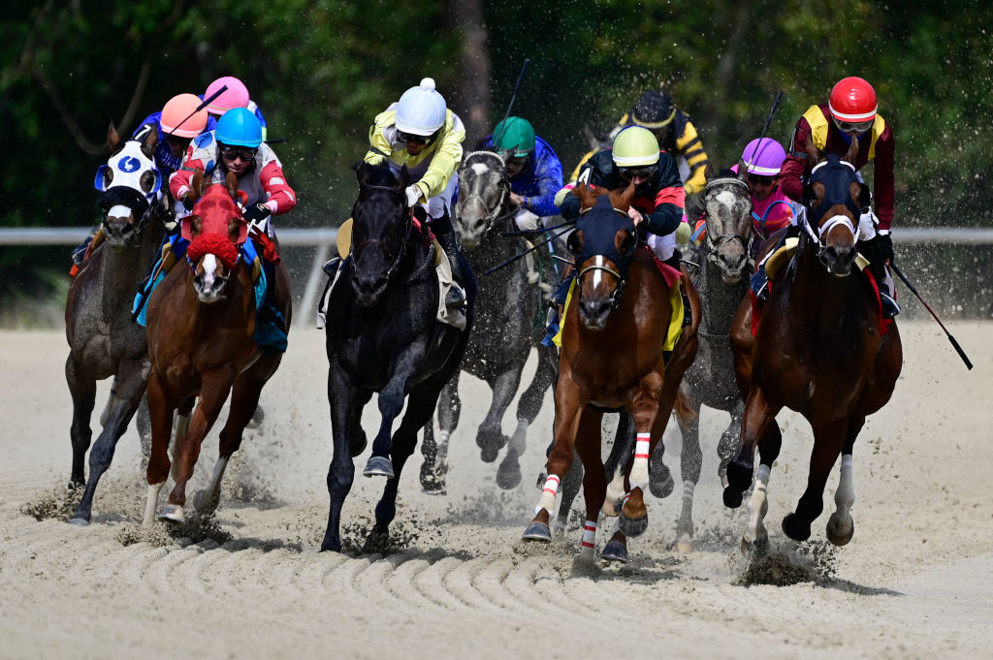 Unbridled Honor is our selection for the 2021 Tampa Bay Derby

The Road to the Kentucky Derby flows through three tracks this Saturday afternoon with Tampa Bay Downs being one of them hosting the Tampa Bay Derby. Check out our Picks and our Full Race Card below and bet with our partners at BetAmerica, TVG and TwinSpires...

At first glance it would appear the G2 Tampa Bay Derby goes through Candy Man Rocket (#3), who is coming off a win in the local prep for this race, the G3 Sam F. Davis. While he didn’t set any stopwatches on fire in the Sam F. Davis he ran hard throughout, pressing a fast pace carved out by Boca Boy (#5) and digging in well enough to hold off his competition in the stretch. Candy Man Rocket earned an 85 Beyer for the effort that places him among the best in this field and is drawn well to make it three in a row, but it does feel as though he’s going to be overbet in this spot. It’s also somewhat of a concern given Saturday’s forecast that his lone try over a wet track was a poor outing at Churchill Downs in his debut. I think you have to use this guy, especially given the run his Hall of Fame trainer Bill Mott is on, but he’s far from invincible in this spot.

Part of the reason Candy Man Rocket looks so formidable is that there aren’t many obvious alternatives. Promise Keeper (#11) looks like one as he enters off a runaway maiden score in the slop at Gulfstream Park for trainer Todd Pletcher, but I have a feeling he’s going to get bet heavily due to his wet-track romp and end up a significant underlay. I actually prefer Pletcher’s other runner, Unbridled Honor (#9), who is my top pick in the Tampa Bay Derby. Unbridled Honor didn’t show much at Aqueduct in his first two starts, but he certainly did last out at Tampa, where he had major trouble in the stretch but finished the race like it was on turf and got up to win. It remains to be seen how good the field that he beat is (and my initial impressions aren’t favorable), however he really flashed some talent in that spot and with a clean trip should be capable of much better. I doubt he ends up at his morning-line odds of 20-1, but he could fly under the radar a bit despite being a Pletcher runner in South Florida.

He’s a complete wildcard, but I’m also going to use Super Strong (#2), who should appreciate a wet track. It’s impossible to know what to make of his debut victory in the G1 Agustin Mercado Revron at Camarero Race Track in Puerto Rico, however it is notable that he beat stakes runners in his first start and did so from well off the pace on a sloppy track. He’s since been transferred to Saffie Joseph, Jr. and appears to be working well at Palm Meadows. Ultimately, he wouldn’t have to be a superstar to win a race like this.