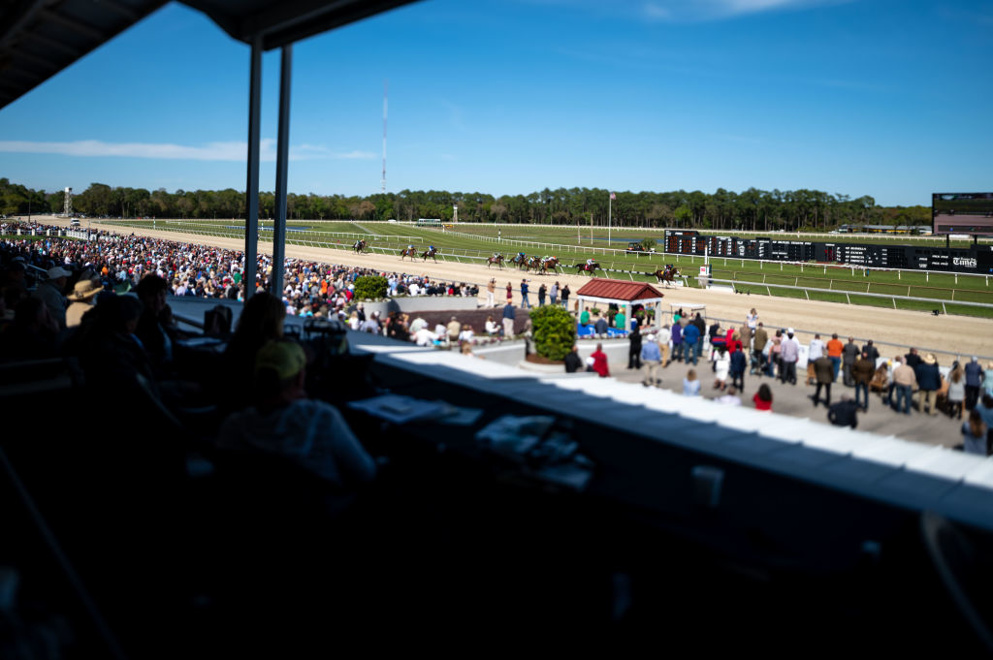 Christmas Eve is upon us! Check out these selections below ...

Happy Holidays from one of the best kept turf secrets in all of Thoroughbred racing ... it's Tampa Bay Downs!

Graham Motion has a history of coming to Tampa, and his entries are always to be considered. I like it when he gets together with Aron Wellman’s Eclipse Thoroughbred Partners. Last out, this gelding by the great champion English Channel ran on at Tampa and scored a victory at the MC32k level. With Hector Diaz at the controls, he is going to take this one up in class for Motion. Based on his bloodlines, and form, I do not see why it cannot happen. Looks like a score to me, even if the odds will hover somewhere around 9/5. Let’s go with the white, light blue, and black colors of Eclipse …

I do not normally back 1st time starters on any surface, but this one from the Bordis Barn is pretty intriguing. By Lemon Drop Kid and out of Diamond Eye, this colt is going to be a double-digit price. He has been working well, and could be one of those plays that will bring some cash because no one believes he will be able to rate. I beg to differ, and will be backing him with jockey Ademar Santos in the irons. Here is the “hunch” play-o-the-day!

It looks like this race for young 2-yr-old fillies who are about to graduate, is going to be an interesting one to try and call. Right now, there is no hotter trainer in the Sunshine State than Saffie Joseph, and he brings a daughter of Classic Empire to the table named Illogical Love #1. Though she has only one career race under her saddle, she does have one. That was down at Gulfstream at the MC50k level, so even though she is now in MSW Co., her barn thinks she can make the leap at Tampa. Daniel Centeno rides, and he is as good as any in the colony. I am going to try and stand against this one because I want no part of 5/2. Instead, I am much more interested in Jon Arnett’s Standup Comedienne #7. This filly already has a “Tampa try,” and she is out of one of my favorite sires, Practical Joke. With 4 career races to her credit, she already knows precisely what is afoot … ok bad pun. The choice to hand the controls over to Samy Camacho once again is great news. One other runner that will take significant money is Ben Colebrook’s latest acquisition … Amani’s Image #5. The former Todd Pletcher runner started her career at Saratoga, not making too many inroads in a pair of races. She then shipped to Gulfstream, and finished 2nd at a very short price in a MSW60k. A couple of impressions … if she was that good then she would have remained with her conditioner, and coming to Tampa might be considered by some to be a downgrade. My goal is to cash a ticket, and putting my selection, over the 2 presumptive favorites, seems like a plan in an Exacta Wheel … tally ho!

Tampa Bay Downs is back on Friday for some Christmas Eve action … enjoy some of the best that Florida has to offer!