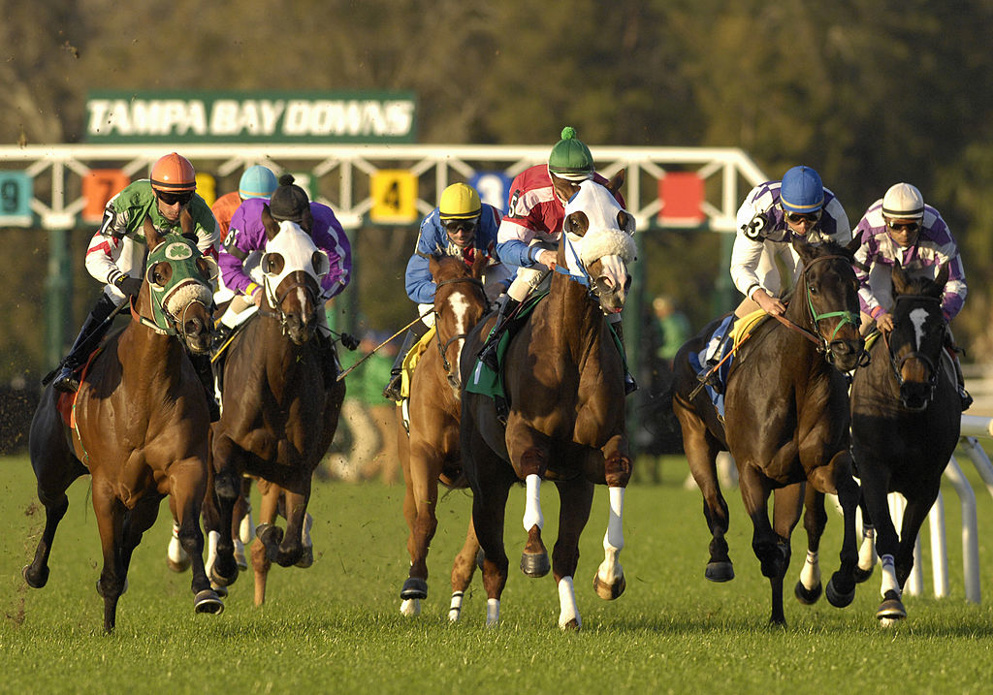 Tampa Bay Downs is headed towards the heart of its Meet … another Wednesday is on tap, so check out these selections, plus some analysis below!

With one of the best kept grass course secrets in all of Thoroughbred racing, Tampa Bay Downs returns with another week of action! February looms ... and they will have a great set of stakes races! In the meantime, there is some wagering to be had for your enjoyment!

At Horseracing.net/us we have you covered! It is a good time for some of the best that North American racing has to offer. Stay tuned!

Trainer Gerald Bennett is having a solid Meet at Tampa Bay Downs, and his 7-yr-old mare by Eskendereya is going to get the opportunity to turn the tables on Mizzen Air #8. The last time these 2 met, Bennett’s charge was unable to secure the top spot in a claiming contest. With Sammy Camacho aboard, the team should be visiting the winner’s circle. I would not be too concerned about Nothins Free #6 … her barn does not have good numbers 1st off-the-claim. Stick with Bennett for a score!

In this MC event on the Tampa grass, I particularly like the look of this filly by Soldat. That sire was no War Front, but in this case, her offspring has a number of interesting points going for her. First, she already has her debut out of the way, and that tells us that there is a chance she already knows what to do around a racetrack oval … run like the dickens. Even though Kathleen O’Connell does not have strong 1st out turf stats, I think the addition of jockey Antonio Gallardo is a fabulous sign. His experience on this surface is without question. The 1st time Lasix angle is a popular one to back too … Most importantly, the price of 8/1 on the M/L looks excellent, but expect it to ratchet towards 5/1 based on the facts aforementioned.

Tampa is known as a spot where well-known turf trainers do battle in the class ranks like MSW and OC Co. Over the years, Chad Brown and Christophe Clement have invaded, and continue to face Arnaud Delacour. When it comes to Brown’s shipper, In Italian (GB) #2, this 4-yr-old by the great Dubawi (IRE) is going to be the odds-on favorite. With a pair of races under her saddle (her debut was @TAM back in March of last yr), she gets Sammy Camacho aboard. Brown is going to win his share of turf events at the Tampa Meet, but I am hoping that this is not one of them. Sure, this filly was sharp back at Belmont on routing on the turf, but she comes back to the Sunshine State after a long break. The same critique could be offered concerning Clement’s entry, Hit the Woah #3. We have not seen this daughter of Vancouver (AUS) since the Saratoga summer. She had some up-and-down form before that. Some of it is quite classy … @GP/@BEL. Still, she probably needs a race, and that makes me want to turn to Delacour. He has an uncoupled entry in Kitten Tales #6 and World Tour #7. The latter is a former Mott runner that ran last month at this very condition on the Tampa grass. She could not control the fractions upfront, and lost the lead before the top of the lane. It would be logical to back her, since she has recency, but I do not care for her M/L price. Instead, I want to push for the ladder climber, the Florida bred filly by Kitten’s Joy. The class hike is not necessarily an issue for me, and who doesn’t like Daniel Centeno and the experience he brings to the blades? At 12/1 … hope that happens … this well-bred turfer could be a magnificent overlay, if she can rival these more tested routers. I think it can happen … here is the bet!

With track announcer Jason Beem, it is sure to be a well-curated call! Best of luck on another run at Tampa Bay Downs!