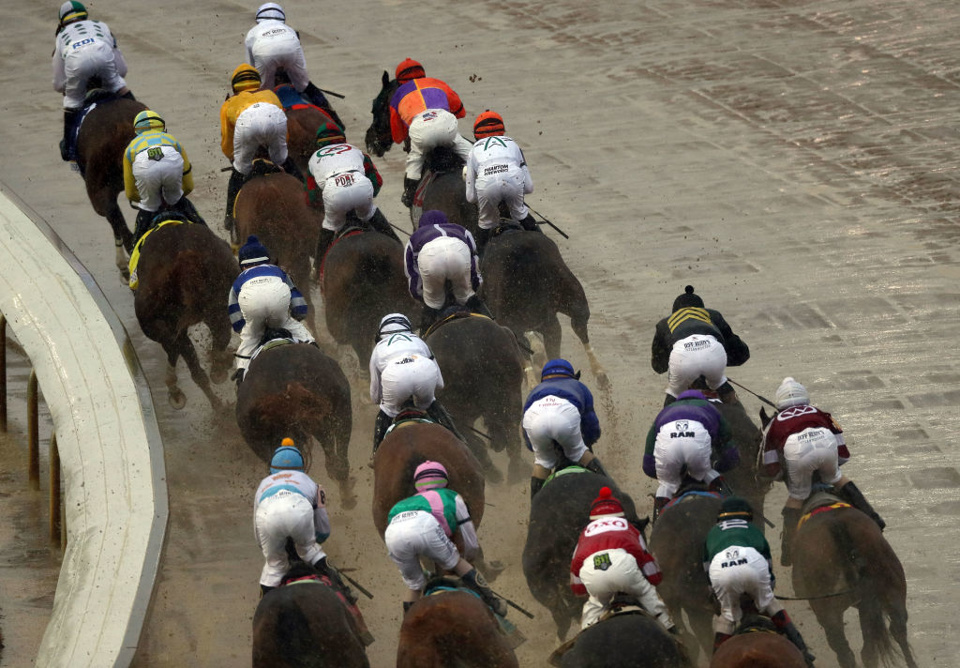 The Kentucky Derby "Points" are aplenty this weekend ... We cannot leave out the John Battaglia Memorial Stakes, which brings together a solid group of colts on the Turfway Tapeta! Picks and analysis, below ...

Opt-in for the ROTW Bet Back offer, only required once for all eligible races. Get your bet back if your horse runs second in selected international races, max refund of $10 per race. T&Cs apply. ALL RACES at the following tracks:  Wednesday - Happy Valley (Hong Kong). Friday - Rosehill (AUS), Saturday -  Curragh (Ireland), and Sha Tin (HK). Sunday - Curragh (Ireland).

This contest, named for one of the cornerstones in the development of racing in Northern Kentucky, carries Derby Points with it. 10-4-2-1, in that order, will go to the winner through 4th place… In the not so distant past, this race has served as the springboard to progress elsewhere, instead of along the Derby Trail. Three years back, Somelikeitbrown was the hot commodity for trainer Mike Maker, and he used that momentum to go on to win the Jeff Ruby Stakes, which is the natural progression at Turfway Park. Last year, we watched the Morey Barn's Hush of a Storm roll down the center of the track, and overtake the leaders at odds of 7/1. Short-priced runners do not always fit the bill.

This year's race has its customary large field, as 12 will go (including a pair of AEs). When post time rolls around at 8:14 EST, you can expect that trainer Kenny McPeek will most assuredly have the race time favorite. Magdalena's own Tiz the Bomb #10 still has that Breeders' Cup shine to him, but he did not fire last time out in the Holy Bull S. (G3) at Gulfstream Park. The surface switch from grass to dirt was evidently not to his liking. McPeek has pivoted, and now sends the Hit It a Bomb offspring to the All-Weather track at Turfway. There are always assumptions that grass and AW are analogous, and that is fairly accurate in my estimation. Despite this age-old angle that dates back to Woodbine and Keeneland, I will be looking elsewhere though in this spot because I think there is value in "them thar hills" ...

If we are talking about conditioners, then Brad Cox has to enter the conversation. It seems like he has moved a much larger string this time around to Northern Kentucky. I bet that makes the colony nervous because Cox is the two-time Eclipse Award Champion Trainer. In this spot, he sends an uncoupled entry to the starting gate. Both Lapenta's (and Madaket) Erase #8 and the Glassman's Bloodline #11 look intriguing, and they have different abilities at their disposal. The former is a local router that won nicely going a 1 mile (all on the engine) against a quality field in the Leonatus $100k. The latter was on the grass down in Houston for the competitive Texas Turf Mile $200k, an event he finished 2nd. Cox's FG rider, Marcelino Pedroza, comes to town to take the mount for his 4th time aboard in-a-row. I would give the nod to Erase #8, simply because he knows the course, and now gets an aggressive jockey in Ry Eikleberry. He happens to be serving days from Sam Houston, and Cox is lucky to be able to get him.

One other entry that more than piques my interest is from the stable of Mike Maker. I would not count out the fleet-footed Three Diamonds former turfer, Stolen Base #4. This son of Bodemeister was excellent in the Bourbon S. (G2) back at Keeneland in October, and I was sure high on him when he shipped to Del Mar for the BC Juvenile Turf (G1). Of course, we will not spend time recounting that disaster ... I digress. Maker gave his colt some time off, and then sent him to Houston for the Texas Turf Mile $200k. I was really thinking that would be a resounding victory, and his odds proved that others agreed with me. However, he got shuffled back throughout the race, and he could not shift enough gears to get up in time. A 3rd place was the best he could do ... Now, Maker has his adjustments in place after sending him down to Palm Meadows in S. Florida. With one work over the TP surface, this budding pro should be ready to go on Saturday. Leaving him out, with class background like he has, seems like an oversight.

Here is the bet I have constructed ... should be a fun one ... someone is coming away with some important KYD148 "Points."