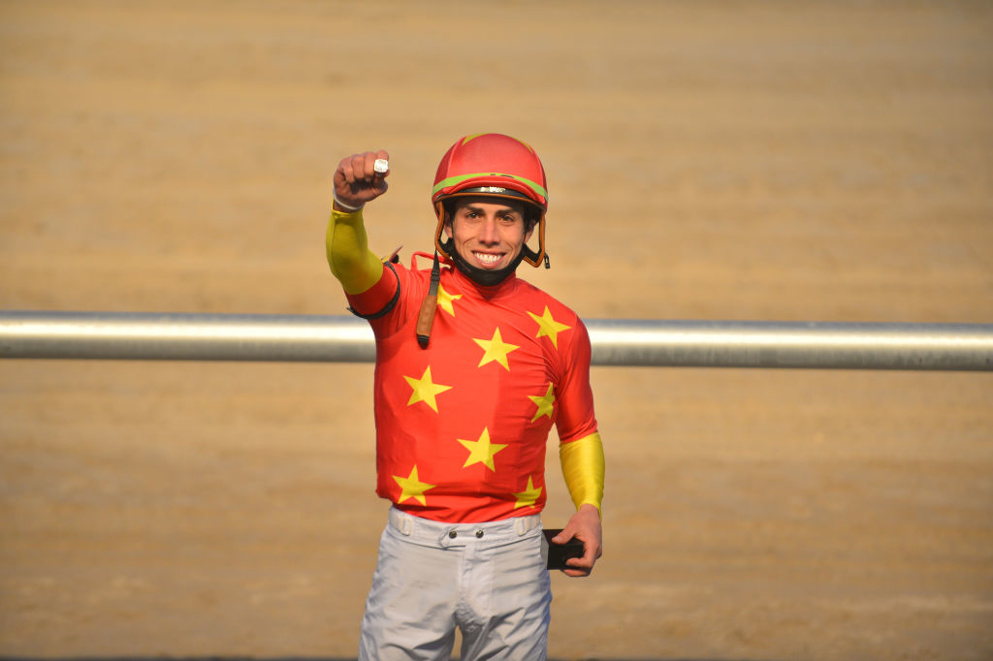 With a ticket to the Breeders’ Cup Classic on the line, it is once again time to draw one of the most celebrated races of the Saratoga Meet—The Whitney Handicap. A Grade 1 contest going 9-furlongs on the dirt, it is the ultimate test for older male routers. A glance over the list of winners yields an awe-inspiring result. The likes of Alydar, Easy Goer, Awesome Again, Medaglia d’Oro, and Blame, all ended up in the winner’s circle. More recent victors include Shug McGaughey’s Honor Code, Kiaran McLaughlin’s Frosted, Steve Asmussen’s Gun Runner, a pair of Bob Baffert runners, and last year’s excellent Knicks Go from Brad Cox’s midst. It is sure to be another one for the books, as it’s Whitney-Time once again!

There are rumblings that the connections will pass on this race, and seek their fortunes elsewhere. Considering the firepower that has assembled, that might be a good idea. Todd Pletcher’s son of Constitution has a number of attributes, but he may not quite be in the upper echelons when it comes to “Classic” material. Luis Saez, the 4-yr-old’s regular rider, is as accomplished as they come. We will wait and see what the HOF conditioner decides. He does have 2 other impressive runners that have drawn-in. If he does run, I would say the best he could do is to just hit-the-board.

The “Boys in the Boat” will once again cheer on their prize runner from the rail. You can bet it is going to be loud and boisterous as their son of Oxbow loads in the gate. A fan favorite, this rough and tumble colt just continues to perform in the face of massive expectations. Doug O’Neill had him at Keeneland this past month, and his work tab was steady. For more focus, the SoCal-based trainer is adding “Blinkers.” Flavien Prat jumps aboard once again, and we will see what kind of late run he can muster when the field turns for home. Ever since the Pennsylvania Derby (G1) score, “Charlie” has faced some stiff competition … the BC Classic at Del Mar … the Dubai World Cup at Meydan … With several other races sprinkled in, this will be his greatest test. A win here launches him straight into the midst of the Classic conversation …

I am not sure how many Whitney participants over the years have gone from winning a Claiming race in their last start, to celebrating in the winner’s circle at Saratoga after declaring victory in this Grade 1. It cannot be all that many! HOF trainer Mark Casse is hoping his new acquisition can lead the boxcar to victory, instead of ending up as the caboose. The gelding by Curlin will be getting Joel Rosario’s services … so, at least there is that. It is hard to make a case for this one … even though that last victory did yield a nice speed figure. At least he has a spiffy name ...

HOF trainer Bill Mott’s son of Speightstown has 7 wins in 10 starts … not too shabby at all … Through all his “Graded” victories though, he still lacks a G1 score. Could this Saturday, be it? That is certainly possible, especially because it appears he can handle the distance, and continues to work well over at the Oklahoma Track. Mott game plans with the best of them, and once again, Junior Alvarado gets the chance to share the spotlight. For a jockey that does not always get the acclaim that he deserves, it is a welcome promise. What we know is that this colt is a threat, and I would not be surprised if his tracking ability puts him in the proper position when the time comes. The is a legit runner, and much respect is in order.

There was a time at the start of this horse’s career when he was undefeated after 5 starts. That ended in last year’s Suburban (G2) when he finished behind Max Player and Mystic Guide. Since then, he has done nothing but end up 2nd in 4 subsequent races. Todd Pletcher has put him up against some stiff competition, which includes the horse to his inside. The met back in May on the Derby undercard, and the Alysheba S. (G2) proved to be a good one. Even though he could not catch Flightline in the Met Mile (G1), the experience he gained was valuable. If the “co-favorites” fail to menace in the end, then John Velazquez could be picking up the pieces. This is an exceedingly talented 5-yr-old, and I would not leave him off any ticket.

Here is the central question … Can LIG go 1 1/8th, and outlast them all? If you think so, then this is your bet on Saturday. There is no question that Todd Pletcher got himself a “ringer” when WinStar and Co. sent their son of Into Mischief to him in the wake of the Baffert-Medina Spirit positive test. He has proved that he can run this distance, and did so in fine fashion against Cox’s Knicks Go at Gulfstream Park in late January. If Irad Ortiz can be quick with this runner out of the gate, then he has a chance to set the pace. He is going to get pressure though throughout the race, and that’s what happened at Meydan in the Dubai World Cup. Patience can be a guide, and given the right pace scenario, Pletcher wins with this one, hands down. This is going to be one heck of a race, don’t you think?

Join us Saturday for all of our selections! Should be a great set of races from ! Don’t forget to follow us on Twitter … Horseracing_USA !!!