The Withers S. 2022 Entries: Chad Brown gets the early votes 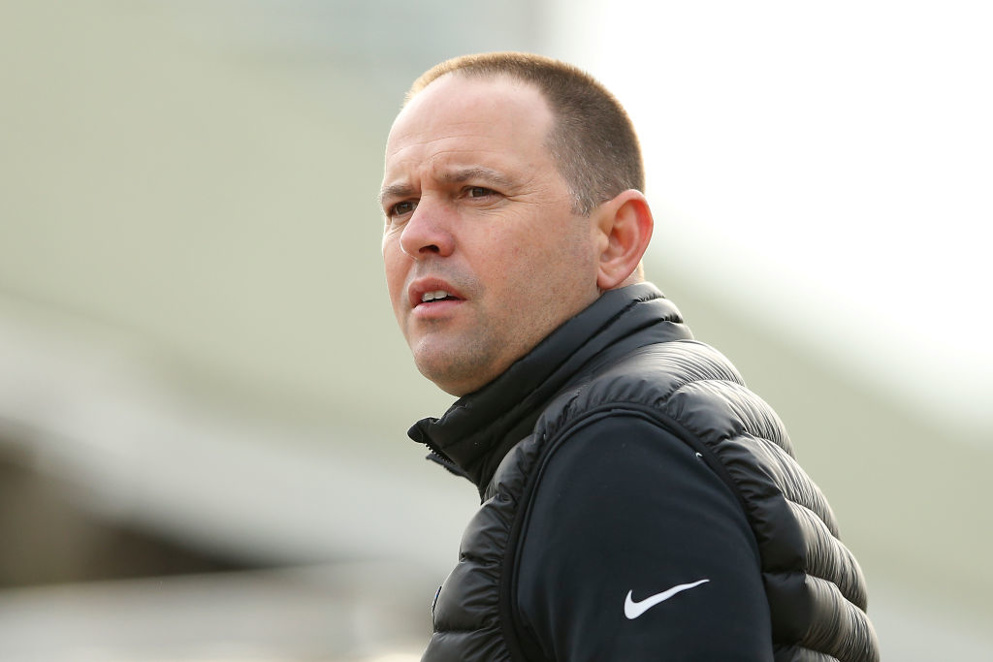 The Withers S. runs this Saturday ... see who is in for the Kentucky Derby Points race below! Could it be the Chad Brown colt? Have a read ...

The Withers Stakes at Aqueduct Racetrack is due to run this coming Saturday. Since the weather continues to be a “story,” the track conditions will be one of the major factors associated with ones handicapping. Will see … once the weekend comes. This race is a regular stop on the Kentucky Derby Trail, even though winners of that celebrated race from this spot have been few and far between. Still, KYD148 Points (10-4-2-1) are up for grabs. Solid runners have come through here that include Revolutionary, Samraat, Tax, Max Player, and last year’s victor, Risk Taking. Another Withers Stakes … will be ready to roll!

Trainer Ray Handal has a solid Aqueduct Meet going right now, and he is looking to notch some KYD148 Points with this colt by super sire Constitution. In 3 efforts, all at the MSW-level, Handal’s charge continues to elevate his game. That last attempt, going a 1 1/8th back on 2 Jan., was impressive, to say the least. Now, the barn trades Dylan Davis for Jose Lezcano … interesting move. Can he hustle his mount out on the lead? Seems necessary …

Mike Maker scratched this versatile runner from the Bob Bork Texas Mile S. down at Sam Houston last weekend. The crafty conditioner evidently thought that this Three Diamonds-owned colt would be better served on the KYD Trail. They tried a bit of this last year with a runner, but couldn’t make it work. Declaration of War is a popular sire, and even though he produces grass runners, that is not to say that his offspring cannot take to the dirt. Jockey Victor Carrasco gets the call this time, and we will see if he can work out a trip. His latest works, after running at Turfway, do not reveal much. Bet at your peril, but this is Maker we are talking about.

Following in the footsteps of another Florida bred that made it all the way to the special Derby Winner’s Circle at Churchill Downs, Alfredo Velazquez has come to play once again at the “The Big A.” The last time this son of American Freedom was present, he ran 2nd in the $150k Jerome S., just behind Breen’s #5. Local Parx rider Salgado, where this runner is stabled, gets the call, and his conditioner has the utmost confidence in his ability. If this colt can build on that last Jerome effort, then he could be an interesting one to play at a price.

The training ability of Bill Mott ... just keeps rolling on … As a HOF-er, we would expect nothing less. With yet another entry along the Derby Trail, Mott is looking to get on track. His colt by Medaglia d’Oro broke his maiden back at Churchill on 19 Nov. in what was a very professional performance. Bred and partly-owned by Don Alberto Corp., let’s not forget that this one cost $600k at the ’20 Keeneland September Sale. I am not saying that means he will win, but I do think this could be a nice debut to his ’22 campaign. Kendrick Carmouche will have the opportunity to ride this colt for the 1st time, and that could prove prophetic … he can win at longer odds, when you least expect it. This is a wise-guy horse that many will not see coming … Mott likes to use that tough going for works down at Payson Park in Florida … could be a sign too …

Here is the winner of the Jerome S., and we know that was an impressive display of power that was down the lane. Kelly Breen has this well-bred son of Tapit pointed in the right direction … speed figs are up … distance litmus test already passed … It is hard to find fault with this colt, and Breen certainly has prepared for this step-up. 3 scores in-a-row … looking good! The only question in my mind is, can Ruben Silvera ably replace a rider like Jose Ortiz? Not the same caliber, to say the least …

Jim Ryerson sent this colt by Upstart into the Jerome S. 150k, and despite a slow beginning, he tried hard in the end over the off-track. I am not sure what to expect from this runner that already has 5 races under his saddle. That could speak to experience … Speaking on that topic, Ryerson does not mix-it-up much in graded stakes company, so one has to wonder if he has the chops to game with the likes of Mott, Brown, Breen, and Handal … will see …

Speaking of longer priced entries, here is a son of Algorithms that is wading into much deeper waters. After running at Parx in MSW Co., he did try an OC40k event last time in Bensalem. With a couple of wins to his credit, he is really going to have to shoot the moon this time around. Just hitting the board will be tough enough.

Trainer Tony Dutrow inherited this gelding from Louisiana-based conditioner, Ricky Courville. He promptly sent the son of Laoban into a NY Stallion Series 500k contest back on 18 Dec. Talk about out running the odds … 23/1 … In that race he only missed by a neck with Trevor McCarthy in the irons. If you are looking for a big shot in this spot, then here is your play. Dutrow doesn’t have the stable numbers to compare with some of the bigger outfits, but that doesn’t mean he cannot rival them. Still, hard to see this one keeping up when it gets late in this contest.

Here is a hot young prospect that will be taking a significant amount of money on Saturday. Chad Brown always comes with a strong hand, wherever he shows. The power of Klaravich comes to bear, and they have Jose Ortiz once again taking this well-bred of Gun Runner out for his 2nd career race. The colt rated nicely that afternoon in an MSW80k event, and there is no reason to think that the high-priced “G-runner” (who cost $200k @KEE Sept ’20 Sale) will not be in form again. The stretch out could be the only stumbling block, as far as I am concerned. Ortiz is incredibly hot right now, and has the ability to take over a race.

Mike Trombetta is bound and determined to see this well-bred colt by Constitution route through this NYRA Series. After the Remsen (G2) and the Jerome S., we can tell that maybe this type of company is just too tough. Finishing 10 lengths back each time, it does not bode well for this “founder.” That’s probably just as well … Jefferson was in France, and never was able to sign the Constitution …

This colt by Uncle Mo will be breaking from the extreme outside. I think Jeremiah O’Dwyer’s entry is intriguing, and the 3-yr-old is sure to be a square price with Manny Franco aboard once more. Recall, he was the favorite in the Jerome S., and bettors really believed he had the ability to take that contest. Maybe the sloppy track was just not to his liking. I would not write this one off, and we all know what the offspring of this sire can do. Keep an eye on the tote …

Join us Saturday for all of our Aqueduct selections! Should be a great set of races from “The Big A!” Don’t forget to follow us on Twitter … Horseracing_USA !!!