Woodbine Picks for September 18, Plus ... Canadian and Woodbine Mile Double 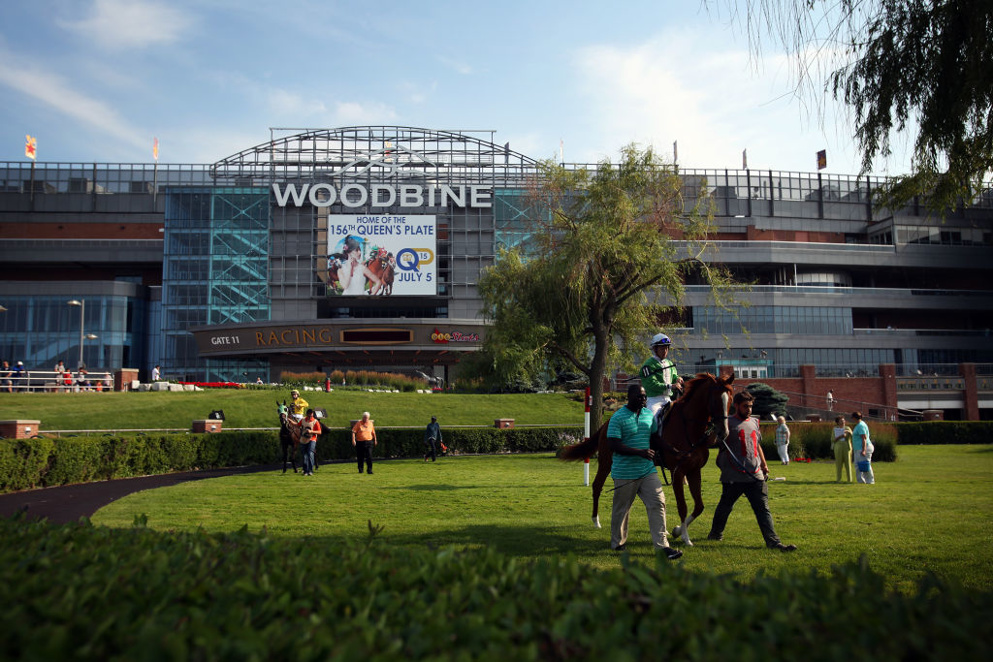 It's Woodbine Mile Day ... one of the best turf races in the world! Check out this special handicapping piece by our turf-man, who has you covered.

Situated near Toronto, the capital city of the Canadian province of Ontario, is Woodbine Entertainment's main attraction. The "W" Racetrack this weekend will host a number of important Breeders' Cup "Win and You're In" contests on the turf, including the $1 Million Grade 1 Woodbine Mile.

What could be argued to be North America's greatest grass competition, it will be the centerpiece of lead writer J.N. Campbell's analysis found below. He highlights a nice $2 Double, which pairs the signature race on the Woodbine card with the Grade 1 Canadian International. What a combo!

At Horseracing.net/us, we have you covered with selections and rundowns of all the major news in the world of the Thoroughbred. So, stay tuned ...

Kicking off this “Double” is the 1st of 2 major turf races going around Woodbine’s unique course. With undulating terrain, and some challenging turns, it is sure to be a contest of wills for horse and rider. Surveying the field in the Grade 1 Canadian, your eye immediately moves to Charlie Appleby’s Walton Street #2. Though the gelding’s M/L odds are less than favorable at 8/5, the 7-yr-old out of Cape Cross (IRE) is a deserving favorite based on his class rating. Part of the Godolphin machine, this Darley bred was excellent in his 2 preps for the Sheema Classic (G1). In the end, he ran up against Mishriff (IRE) and Chrono Genesis (JPN), finishing off the board on Dubai World Cup Night. Coming off the bench last month in Berlin, he finished 3rd in a Group 1 with James Doyle aboard. The question is … can Frankie Dettori, who is in-town to ride, settle this one early for a big run at the wire? If there is a weakness in this one’s armor, it is his shipping ability to environs outside of Dubai.

If you are looking for some value, and maybe want to seek an alternative to the “Blue Ace,” then take a gander at Josie Carroll’s Belichick #7. This colt may not look like much, but he has some upside when it comes to his progression. Sure, class-wise he might be nearing the extent of what he can do in a spot like this … but recall, this is turf racing. Pace scenarios, traffic troubles, poor decision-making by the Dettoris and Rosarios of the world does happen. Last out in the Singspiel (G3), a major prep for this race, it looked as though the 4-yr-old out of Lemon Drop Kid was in firm control, as jockey Luis Contreras had him placed just off the speed. Into the stretch, when it counted the most, his mount failed to respond and gave way to Jonathan Thomas’ Corelli #1, who was full of run. It just was not his day. This might play to our advantage since bettors will look on that lack of turn-of-foot as a dark mark. I do not … Let’s add Carroll’s well-bred “stayer” to the mix, and at 6/1, that price could go up from there.

I believe in the construction of a “Double,” you need to have some strong opinions. Saving money, puts you in a great spot to profit greatly. In that spirit, going 2-Deep in this spot is the play. Appleby-Dettori … Carroll-Contreras … Moving on …

Speaking on the subject of strong opinions, I have one in this race … one of my favorite turf races in the world—Woodbine Mile. Is there really a better grass contest outside of the Breeders’ Cup and Royal Ascot? I am not so sure …

A survey of the field quickly gives the impression that newly-minted HOF-er, Mark Casse, is more than just represented in here. He has 3 really strong entries, but best of all, I like Ride a Comet #4. The 6-yr-old out of Candy Ride (ARG) appears to have the class, as far as I am concerned, because he has taken on many of the toughest races in the division. How about the Kilroe (G1) at Santa Anita … the Maker’s Mark (G1) at Keeneland … and the Turf Classic (G1) and Wise Dan (G2) both at Churchill. Though he did not win any of those contests, each one of those was a building block to this moment. I am fine with the switch to Antonio Gallardo, one of the most unheralded lawn jockeys in all of North America. His experience down at Tampa, where he dominates, gets overlooked when he travels away from the Sunshine State. I think that Casse and part-owner John Oxley know what they have with this excellent runner, and his recent works look pretty inviting. He will be ready to roll.

Despite the presence of turf conditioners who maintain the highest levels … like Chad Brown, Brad Cox, Josie Carroll, and Brendan Walsh, I am not necessarily impressed with their runners. Sure, Set Piece #5 (Cox), and Raging Bull #7 (Brown), have strong turf lines, but they might not ship all that well coming through Canadian Customs. I am sticking with Casse’s well-travelled rater. This one is a “Single” for me across all tickets … the mark of confidence at 5/1 on the M/L!

Enjoy some fabulous turf racing from Canada! The tradition of excellence at Woodbine continues …