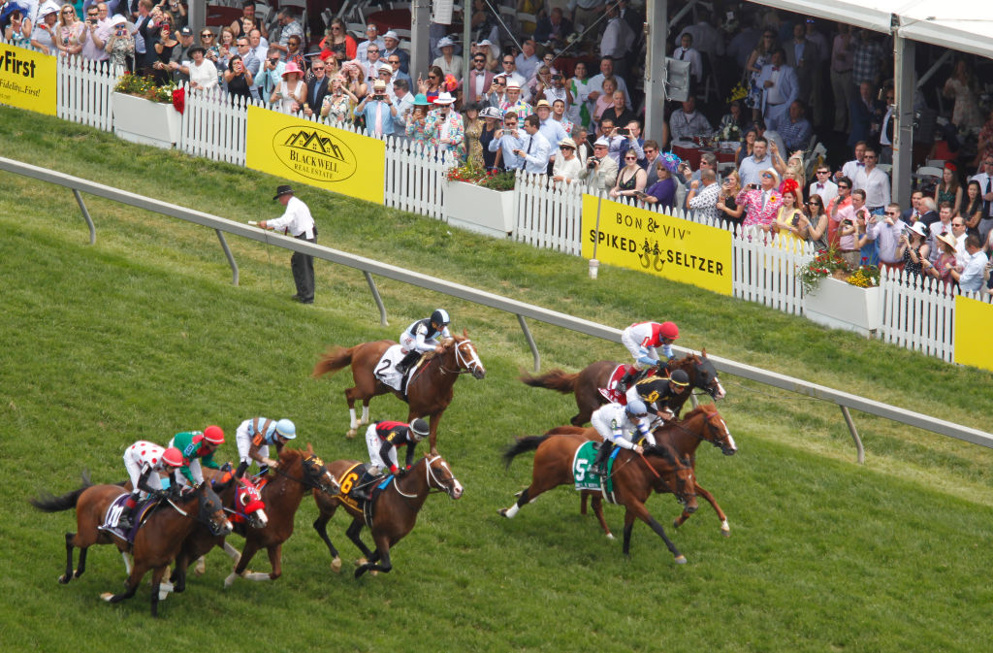 Our early Top 10 contenders for the Preakness Stakes

The likely complexion of the Preakness field isn’t what we were expecting just a week ago, but what has gone according to plan in 2020? One thing is for certain, this division is a lot more up for grabs than it appeared prior to the 146th running of the Kentucky Derby. Here’s how my early Top 10 for the Preakness shakes out:

1. Honor A. P. - I believe he ran the best race of anyone in the Kentucky Derby. He got absolutely clobbered coming out of the gate and was left near the back of a strung out field, immediately putting him in a near-impossible position as he’d never been more than three lengths behind the leader in his route races. From there, Honor A. P. proceeded to go very wide around both turns and was really the only one making up ground in the stretch. This combination of ground loss and a disastrous start suggest that he’s many lengths better than his finish would indicate, and with a better trip I believe he would have won. Hopefully we’ll get to find out in the Preakness.

2. Tiz the Law - At this point he seems unlikely to enter the race as there is dissent among his connections regarding his next assignment, but if he does run he’s going to have a big shot. A lot of the shine has come off him after he was repelled by Authentic in the Derby, but I still think he’s a top class horse and the dynamics of the Preakness could be very different if someone challenges the Derby winner early. Honor A. P. is probably going to offer more value, but Tiz the Law is a very likely winner.

3. Authentic - I was not a fan of his going into the Derby, and I’m still a little confused as to where that effort came from, but I do think he legitimately ran a terrific race to win. He set a very fast pace and took a head-on challenge from Tiz the Law, who appeared to put forth an ‘A’ effort, and he had little trouble turning him aside in the stretch. As I mentioned in Tiz the Law’s write-up, the circumstances of this race could be different and Authentic could stand to face a lot more pace pressure, which is why I have him third on this list. I think his Derby win was for real, but that doesn’t all of a sudden make him invincible.

4. Art Collector - His defection from the Derby doesn’t instill a lot of confidence, but he may actually be in a better position now that Tiz the Law has proven vulnerable. His stock didn’t get a big boost from his latest win in the Ellis Park Derby, but it was good enough to keep him high on this list. That was a race he had over a barrel, and while he did draw off to an easy score I think it’s fair to have expected even more from him against such overmatched competition. That being said, the Ellis Park Derby was never the goal for this horse and if he’s fully over the ailment that kept him out of the Derby we could see his best performance yet in the Preakness.

5. Mr. Big News - No one received a bigger boost out of the Derby than third-place finisher Mr. Big News, mostly because he was a relative unknown before his improbable effort in the ‘Run for the Roses.’ Even more than Authentic, Mr. Big News improved by leaps and bounds in the Derby. He did get a good trip sitting in midpack behind a swift pace, however he had to go wide around the far turn and came with a strong, sustained rally to finish a clear third. He wasn’t getting to Authentic or Tiz the Law, but it was the kind of performance that’ll make you take notice as he’s really starting to blossom in the second half of the year.

6. Pneumatic - He’s been a bit up and down in 2020 but is coming off a strong effort in the Pegasus Stakes at Monmouth Park. That race was flattered when runner-up Jesus’ Team came back to run well in the G2 Jim Dandy, and although I’m still not sure how far he ultimately wants to go, I think he has the raw talent to compete.

7. Thousand Words - I’m not going to get too carried away with his win in the Shared Belief even though he was able to vanquish Honor A. P. and earn a very competitive Beyer. I’ve never been a big fan of his and two back he was no match for his stablemate Uncle Chuck, who was a massive flop in the G1 Travers. Thousand Words’ career-best performance in the Shared Belief may have something to do with him making the lead for the first time in seven lifetime outings, which is a position he’s very unlikely to attain again in the Preakness.

8. Happy Saver - He’s begun his career a perfect 3-for-3 and captured the local prep for this race, the Federico Tesio. He’s got a similar feel to Todd Pletcher’s Derby horse Money Moves, who was woefully short on experience and finished up the track, but Happy Saver does have one more race under his belt and the needle is still pointing way up on him.

9. Mystic Guide - Blinkers seemed to do the trick for him in his last start, a three-quarters of a length victory in the Jim Dandy. He’s still got a ways to go to have a legitimate shot in this race after beating Liveyourbeastlife and Jesus’ Team, but it does seem as if this grinder will appreciate the distance of the Preakness.

10. King Guillermo - I thought he rode a pretty strong bias to victory in the G2 Tampa Bay Derby, but he did come back to validate that effort with a solid second in the G1 Arkansas Derby in his last start. The trouble is those races came months ago now and he’s using this race as a Plan B after missing the Derby. He has the potential to surprise people again, but it’s becoming harder to envision him being a factor at his level of competition.