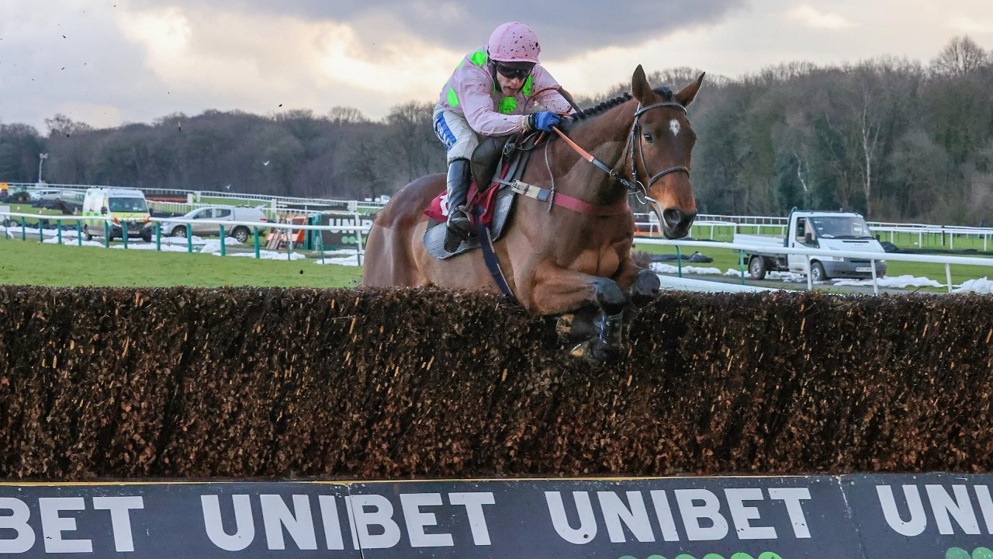 Some classy staying handicappers will do battle in the Peter Marsh Chase at Haydock Park on Saturday, and we preview the race that has often thrown up some vital clues for the Grand National later in the season...

Royale Pagaille will attempt to become the first horse since General Wolfe in 1999 to retain the Peter Marsh Chase, and having obliterated his rivals in the 2021 renewal by 16 lengths, the Venetia Williams-trained eight-year-old will certainly be a tough nut to crack in an intriguing renewal of the staying event. It was actually Williams that trained the aforementioned General Wolfe to glory 23 years ago, and in Royale Pagaille she has a real classy performer, who was deemed good enough to run in the Cheltenham Gold Cup last season.

However, he could only finish sixth in the Cheltenham Festival blue riband event, so a return to handicap company is certain to give him a better chance, and if he can emulate last season's dominant display then it's hard to not see him taste victory again. Defying top weight to victory last year off a mark of 156, ROYALE PAGAILLE will have the burden of another 7lbs this year, as he lines up here off 163, but he showed when finishing runner-up in the Betfair Chase at Haydock that he is in decent form, and it's all set fair for a big run.

Conditions should be in his favour, as he relishes heavy going, and while he has to give nearly a stone away to all his rivals, if he can get into a fine rhythm over his fences again then he can relentlessly gallop his rivals into submission once again and potentially throw his hat into the Cheltenham Gold Cup ring once again - a race he is 40/1 for.

David Pipe saddled Our Vic to victory in the 2010 and the Pond House handler will look to record his second win in the race and saddles Remastered, who was last seen finishing a fine second in the Tommy Whittle Handicap Chase over course and distance. A late faller when travelling smoothly in the Ladbrokes Trophy, he bounced back from that tumble by running a huge race in December at Haydock off a mark of 146. Lining up off the same figure on Saturday afternoon, he looks to stand a huge chance of at least making the frame here, and he could prove to be the biggest danger to Royale Pagaille.

Sandy Thomson's Empire Steel is a lightly-raced chaser, who could be open to improvement as the season goes on, and he showed on his last visit to Haydock that he can perform to a high level as he chased home Strictlyadancer. He was shaping well when falling four out in the Rowland Meyrick at Wetherby on Boxing Day, and now dropped 1lb back to a mark of 140 he looks another interesting contender here.

Another contender with excellent Haydock Park form is the Richard Hobson-trained Lord Du Mesnil, who is a previous winner of the Grand National Trial at the track, and at 8/1 is another each-way contender. A dour stayer, he was last seen finishing second in the Rowland Meyrick off 150, but a 2lb rise for this event could hinder his chances to get his head in front here, and he will have to settle for the minor honours

Of the others, Lake View Lad is 8lbs lower than his last winning mark, so has to warrant respect, while Kalooki and Alnadam are very smart handicap chasers on their day and add more depth to a race that can be dominated once again by Royale Pagaille.

won
5/2
Cheltenham Tips
Today's Horse Racing Tips: The most tipped up horses from across the 10 race meetings on Saturday
By Russell Palmer