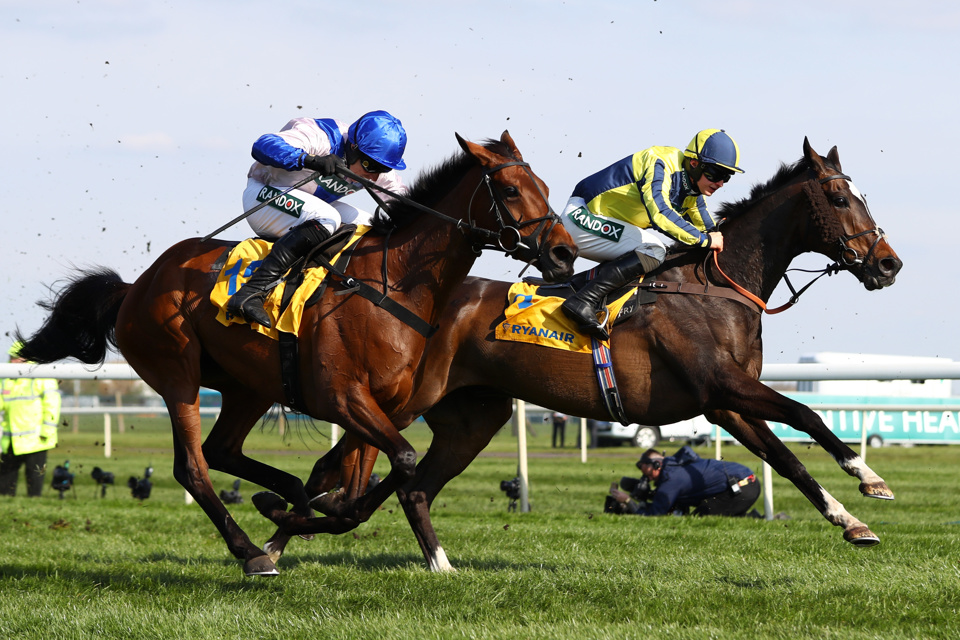 If The Cap Fits won the 2019 Liverpool Hurdle for Harry Fry.

As one of three Grade 1 contests on Grand National day at Aintree, the market for the Liverpool Hurdle is always a lively one, and we can expect a top quality renewal this season.

The latest odds for the Liverpool Hurdle will be listed below just as soon as they become available.

You can find our tip for the Liverpool Hurdle a little closer to the time.

What is the Liverpool Hurdle?

The Liverpool Hurdle is a Grade 1 contest run over slightly further than three miles (three miles and 149 yards), and is traditionally held on the Saturday of the Grand National Festival at Aintree - Grand National day itself.

The race is closely aligned to the Stayers' Hurdle at the previous month's Cheltenham Festival, and horses regularly run in both - with the most recent runner to win both being the Colin Tizzard-trained Thistlecrack, who did so back in 2016.

Originally a Grade 2 contest, the race was upgraded to Grade 1 status in 2010.

What happened in the 2021 Liverpool Hurdle?

Thyme Hill and Roksana produced a pulsating finish to the 2021 renewal, but it was Thyme Hill that just found enough under the urgings of Tom O'Brien to claim the coveted Grade 1 prize by a neck, with Roksana bagging second spot and Thomas Darby was back in third.

The history of the Liverpool Hurdle

Established in 1974, began life down at Ascot as the Long Distance Hurdle, before being transferred to Aintree in 2004.

Since then, it has grown into one of the key races at the Grand National Festival, being upgraded to Grade 1 status in 2010. Like most notable races at Aintree, the race is named after something from the area, and was named after the city of Liverpool itself when being transferred up north. The race was initially held on the first day of the meeting, but was switched to Grand National Saturday in 2013, and is now one of three Grade 1 events which act as a prelude to the big race.

Since being upgraded, the race has seen a higher quality of animal head to Aintree, and the winner of the Stayers' Hurdle regularly attempts to follow up here - with the last horse to do the double being the Colin Tizzard-trained Thistlecrack in 2016.

Who is the most iconic winner of the Liverpool Hurdle?

Although several notable names have etched their names onto the roll of honour for the Liverpool Hurdle, there is no name more iconic than that of the Paul Nicholls-trained Big Buck's.

For a period, Big Buck's was a simply untouchable figure in the staying hurdling division, enjoying an unbeaten period that stretched over several years, and winning four straight renewals of both the Stayers' Hurdle and the Liverpool Hurdle - between 2009 and 2012.

Injury eventually robbed Big Buck's of his unbeaten record, causing him to miss around 18 months of action, and he was beaten on reappearance at Cheltenham on Trials Day in 2014, before bowing out by finishing fifth in the 2014 Stayers' Hurdle. He retired as one of the greats of the staying hurdling scene, and it will take a special winner of the Liverpool Hurdle to eclipse what he achieved.

Are there any trials for the Liverpool Hurdle?

As a Grade 1 contest, the path to the Liverpool Hurdle is a defined one, and the key players in this race regularly head here on the back of a run in the previous month's Stayers' Hurdle at the Cheltenham Festival. Prior to that, races to note include the Long Distance Hurdle at Newbury, the Long Walk Hurdle at Ascot, and the Cleeve Hurdle at Cheltenham.

Who is the most successful jockey in the Liverpool Hurdle?

Who is the most successful trainer in the Liverpool Hurdle?

Martin Pipe changed the history of the sport during his training career, dominating the Trainers' Championship, and he managed to pick up six wins in the Liverpool Hurdle along the way. Pipe claimed victory with Pragada (1992), Sweet Glow (1994), Galant Moss (1999), Maid Equal (2001) and Deano's Beeno (2003) in the famous race.