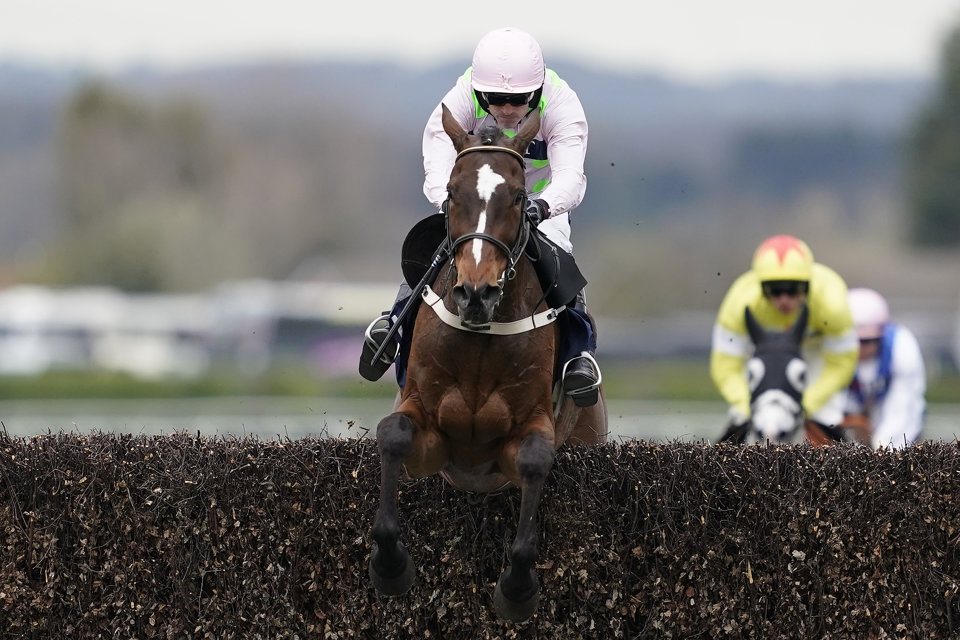 Min was a dominant winner of the 2019 renewal of the Melling Chase.

Run over two and a half miles, the Grade 1 Melling Chase is one of the most exciting races of the season, with some of the best horses in training likely to feature at Aintree.

The latest odds for the Melling Chase will be listed below just as soon as they become available.

You can find our tip for the Melling Chase a little closer to the time.

What is the Melling Chase?

The Melling Chase is a Grade 1 contest at Aintree on the Mildmay Course, and is the feature on day two of the Grand National Festival, Ladies Day.

Run over a trip of two and a half miles, the Melling Chase is regularly contested by runners from both the Queen Mother Champion Chase and the Ryanair Chase from the Cheltenham Festival.

What happened in the 2021 Melling Chase

The history of the Melling Chase

Established in 1991, the Melling Chase boasts a remarkable roll of honour, which features some of the greats of the sport from the last couple of decades.

Although Altior has never contested it, several Champion Chasers have added their name to the Melling roll of honour, including Viking Flagship, Moscow Flyer, Voy Por Ustedes and the great Sprinter Sacre.

Who is the most iconic winner of the Melling Chase?

Picking the most iconic winner of the Melling is a tough ask, considering how many illustrious names have won it since it’s conception.

The great Sprinter Sacre only won this race once, back in 2013, but he did so at the peak of his powers - during which he was considered to be one of the greatest chasers that the sport has ever seen for Nicky Henderson - justifying 3/1-on favouritism to win easily by four and a half lengths.

Are there any trials for the Melling Chase?

There is a designated path to the Melling Chase, and runners regularly head here having run in either the Queen Mother Champion Chase or the Ryanair Chase at the Cheltenham Festival. Earlier in the season, other races to note include the Clarence House Chase and the Ascot Chase.

Who is the most successful jockey in the Melling Chase?

The winning most jockey in the history of the Melling Chase is Barry Geraghty, who has ridden the Melling winner four times during his career with Moscow Flyer (2004, 2005), Finian's Rainbow (2012) and Sprinter Sacre (2013) all crossing the line in front.

Who is the most successful trainer in the Melling Chase?

Nicky Henderson and Paul Nicholls have three wins each in the Melling and both will have designs on adding to that tally in the next few years. Nicholls has tasted success in Liverpool with Fadalko (2001), Master Minded (2011) and Politologue (2018), while Henderson’s wins have come courtesy of Remittance Man (1992), Finian’s Rainbow (2012) and Sprinter Sacre (2013).