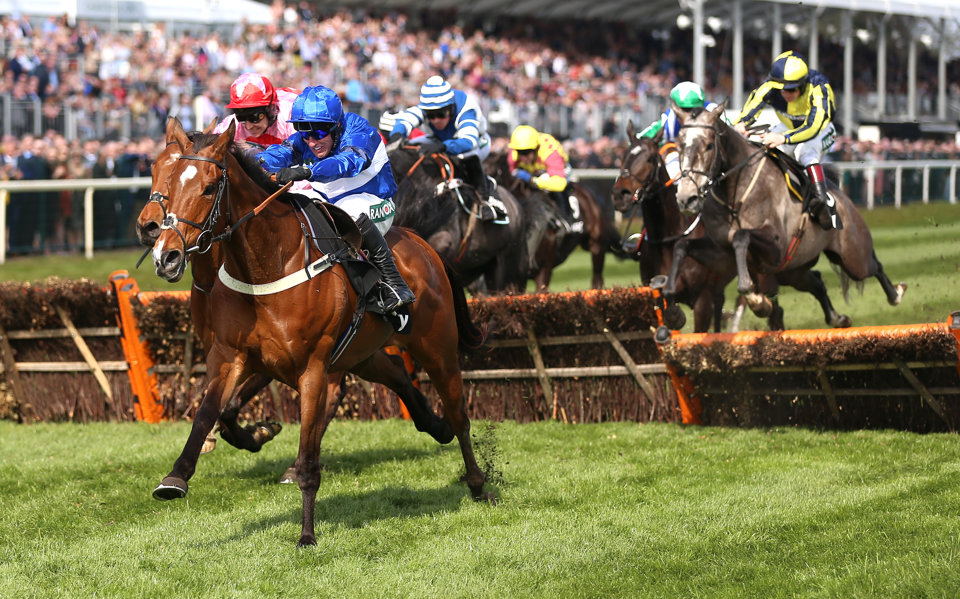 Run over two and a half miles, the Mersey Novices' Hurdle regularly produces a smart winner, and the betting market for the Grade 1 contest will be a lively one.

The latest odds for the Mersey Novices’ Hurdle will be listed below just as soon as they become available.

You can find our tip for the Mersey Novices’ Hurdle here a little closer to the time.

What is the Mersey Novices' Hurdle?

The Mersey Novices' Hurdle is a Grade 1 event held on Grand National day at Aintree, over a distance of two and a half miles.

The race is open to novice hurdlers aged four and over, and was upgraded to Grade 1 status in 2014. A host of notable names have won the race over the years, and it regularly features the winner of the Baring Bingham Novices' Hurdle from the previous month's Cheltenham Festival - with the the last horse to complete the double being the Willie Mullins-trained Yorkhill in 2016.

What happened in the 2021 Mersey Novices' Hurdle?

Dan Skelton's My Drogo was an authoritative winner of the Grade 1 Mersey Novices' Hurdle, as the well-backed 5/4 favourite pulled comfortably clear of second placed Minella Drama, with Guard Your Dreams finishing in third spot.

My Drogo - a very exciting talent

The history of the Mersey Novices' Hurdle

With a history stretching over more than 40 years, the Mersey Hurdle has become one of the key races of the Grand National meeting - and is one of three Grade 1 races on Grand National day itself, traditionally held on the first Saturday in April.

The Mersey Novices' Hurdle has been won by some prestigious names over the years, including three-time Cheltenham Gold Cup winner Best Mate, who won the race back in 2000. The winner of the Baring Bingham Novices' Hurdle from the previous month's Cheltenham Festival regularly runs here, and the last horse to complete the double was the Willie Mullins-trained Yorkhill in 2016.

Who is the most iconic winner of the Mersey Novices' Hurdle?

There have been some truly special winners of the Mersey Novices Hurdle over the years, including Wayward Lad, Morley Street, Tidal Bay, Nichols Canyon and Yorkhill - but there is no doubt that it is Best Mate is the most iconic.

The Venetia Williams-trained star would of course go on to make history, by sealing three Cheltenham Gold Cup wins on the bounce, but he was a talented hurdler as well, winning this race when it was a Grade 2 contest in 2000.

Are there any trials for the Mersey Novices' Hurdle?

Who is the most successful jockey in the Mersey Novices' Hurdle?

Ruby Walsh has enjoyed plenty of success in the Mersey Novices Hurdle, and is the winning most jockey in the race's history, with four wins to his name - courtesy of Garde Champetre (2004), Natal (2006), Elusive Dream (2008) and Nichols Canyon (2015) all scoring for the Irish rider.

Who is the most successful trainer in the Mersey Novices' Hurdle?