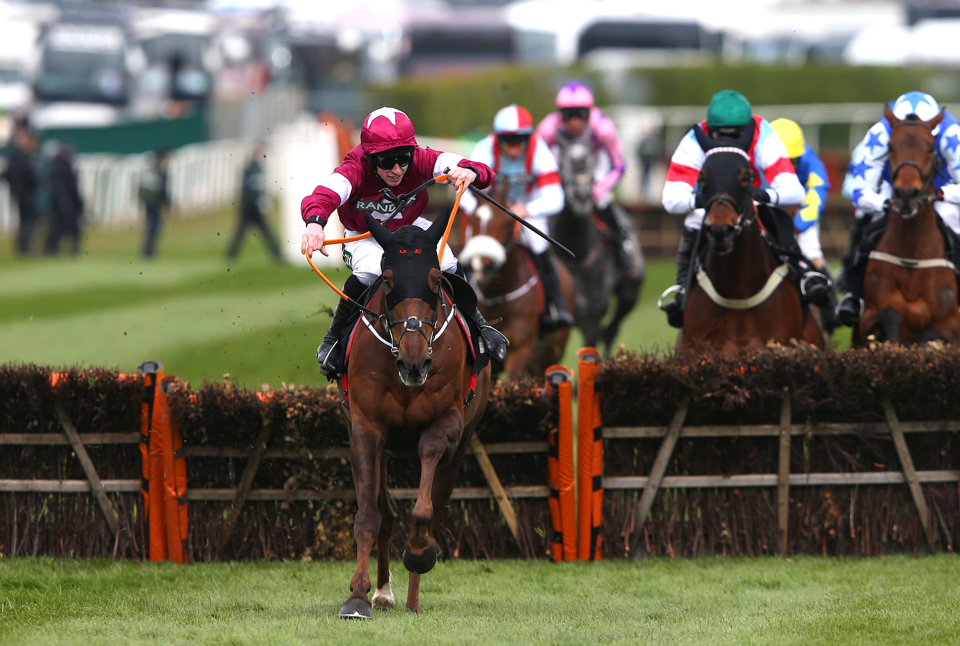 The two-mile novice hurdle division is always an exciting one, and we can expect a top quality renewal this season.

The latest odds for the Top Novices’ Hurdle will be listed below just as soon as they become available.

You can find our tip for the Top Novices’ Hurdle a little closer to the time.

What is the Top Novices’ Hurdle?

The Top Novices’ Hurdle is a Grade 1 contest over two miles, held on the second day of the Grand National Festival at Aintree, Ladies Day.

The race is regularly contested by runners from the previous month’s Supreme Novices’ Hurdle at the Cheltenham Festival, with the last horse to complete the double being Browne’s Gazette in 1984.

What happened in the 2021 Top Novices’ Hurdle?

County Hurdle hero Belfast Banter was a fine winner of the Top Novices' Hurdle, as the 9/1 shot fended off a late surge from Do Your Job, with Dusart finishing in third spot.

The History of the Top Novices’ Hurdle

Run over two miles and half a furlong, the Top Novices’ Hurdle has been a staple of the Grand National meeting for quite some time, though it has grown in stature since the turn of the century - eventually being awarded Grade 1 status in 2016.

The race regularly sees the key players from the previous month’s Supreme Novices’ Hurdle take their chance, though it can often cause an upset, with the last horse to complete the double being Browne’s Gazette in 1984.

Several winners of the Top Novices’ Hurdle have gone on to bigger and better things, including the 2016 winner, Buveur d’Air, who won back-to-back renewals of the Champion Hurdle at Cheltenham in 2017 and 2018.

Who is the most iconic winner of the Top Novices’ Hurdle?

There have been some fantastic winners of this race down the years, but there are perhaps none more iconic than the Nicky Henderson-trained Buveur d'Air.

Buveur d’Air was a comfortable winner of the Top Novices Hurdle in 2016, and he went on to dominate the two-mile hurdling division for the next two seasons, winning ten races in a row - including back-to-back renewals of both the Aintree Hurdle and the Champion Hurdle, in 2017 and 2018.

Buveur d’Air suffered defeat at both Cheltenham and Aintree in 2019, but bounced back to form in the Punchestown equivalent in May, and he will return to try and regain his throne in 2020.

Are there any trial races for the Top Novices’ Hurdle?

Who is the most successful jockey in the Top Novices’ Hurdle?

Who is the most successful trainer in the Top Novices’ Hurdle?