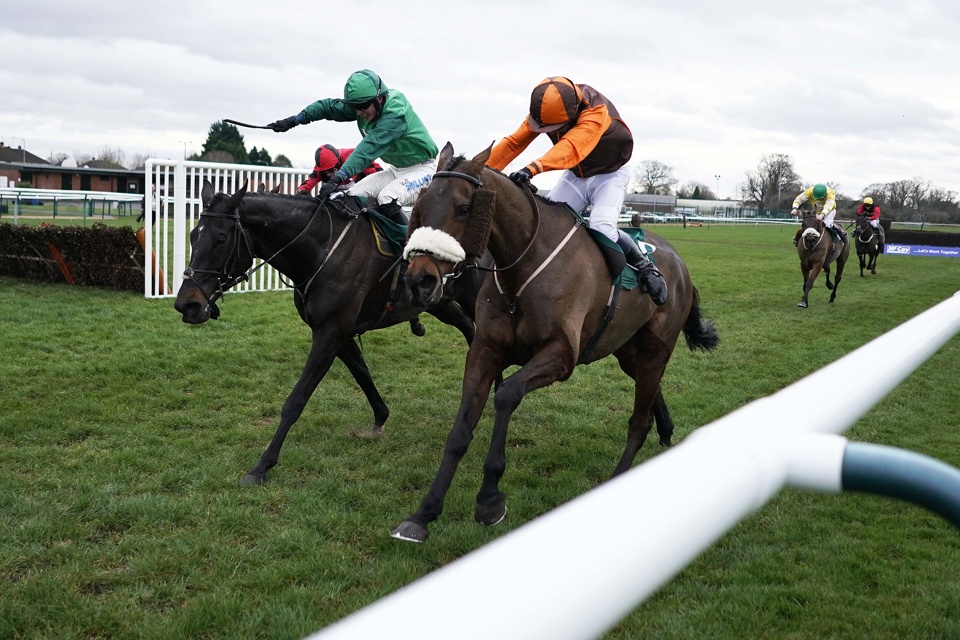 The Classic Chase regularly proves to be a key pointer for the Grand National at Aintree, and you can find the latest odds for the race below...

You can check out our Classic Chase tips nearer the off...

What is the Classic Chase?

The Classic Chase is a Grade 3 handicap run over three miles and five furlongs at Warwick racecourse in January.

The race is open to horses aged five and over and is a race that attracts not only proven staying chasers, but improving performers that are looking to become marathon stars of the future. It is often regarded as one of the key trials for the Grand National at Aintree, and can often be used as a stepping stone to the National Hunt Chase at the Cheltenham Festival.

What happened in the 2021 Classic Chase?

Alan King's Notachance fought off the Venetia Williams-trained Achille in a energy-sapping finish to the 2021 Classic Chase at Warwick. With only six of the 13 runners completing the gruelling marathon, Notachance and Achille pulled over five lengths clear of the third placed Le Breuil, but it was the Barbury Castle inmate who prevailed to land the prize for backers of the 7/2 joint-favourite.

The history of the Classic Chase

A race targeted by those trainers with progressive staying chasers, the Classic Chase has been run under its current guise since 2004, where it is often a springboard to a possible tilt at the Grand National later in the season.

Attracting a classy field, it is regarded as one of the premier Grand National trials in the UK, but it is a race that can sometimes be used as a prep run for a Cheltenham Festival race with the National Hunt Chase being a possible target after a horse has run in this event.

We can expect a quality field to line up in the 2020 Classic Chase, which is the feature race on a decent card at Warwick.

Who is the most iconic winner of the Classic Chase?

There's no doubting that the most iconic winner of the Classic Chase is the Lucinda Russell-trained One For Arthur, who tasted victory in the 2017 renewal before three months later going on to win the Grand National at Aintree.

A real progressive staying chaser that season for Russell, the eight-year-old was ridden by Derek Fox in both his Classic Chase win and Grand National victory, and he will always be the first horse to win both the Classic and Grand National in the same season.

Are there any trials for the Classic Chase?

We have already spoken about the National Hunt Chase being targeted by some horses that run in the Classic Chase, but while that novice event at the Cheltenham Festival could be a target it can also be a notable trial for the Classic Chase, as horses can run in that event in March and then head to Warwick in January to do battle over another tough trip.

Who is the most successful jockey in the Classic Chase?

A race that has been won by a host of different jockeys down the years, Ruby Walsh won back-to-back Classic Chases in 2006 and 2007 when he piloted the Paul Nicholls-trained duo of Eurotrek and Ladalko to victory, while Carl Llewellyn (1992, 2005)was another jockey with two wins in the race.

Who is the most successful trainer in the Classic Chase?

Targeted by all the big trainers, it's one of the biggest handlers that comes out on top when unearthing the most successful trainer. Paul Nicholls has won the race three times with Eurotrek (2006), Ladalko (2007) and Hawkes Point (2015) and the master of Ditcheat is sure to try and continue his fine form in the race that is a fascinating contest in January.