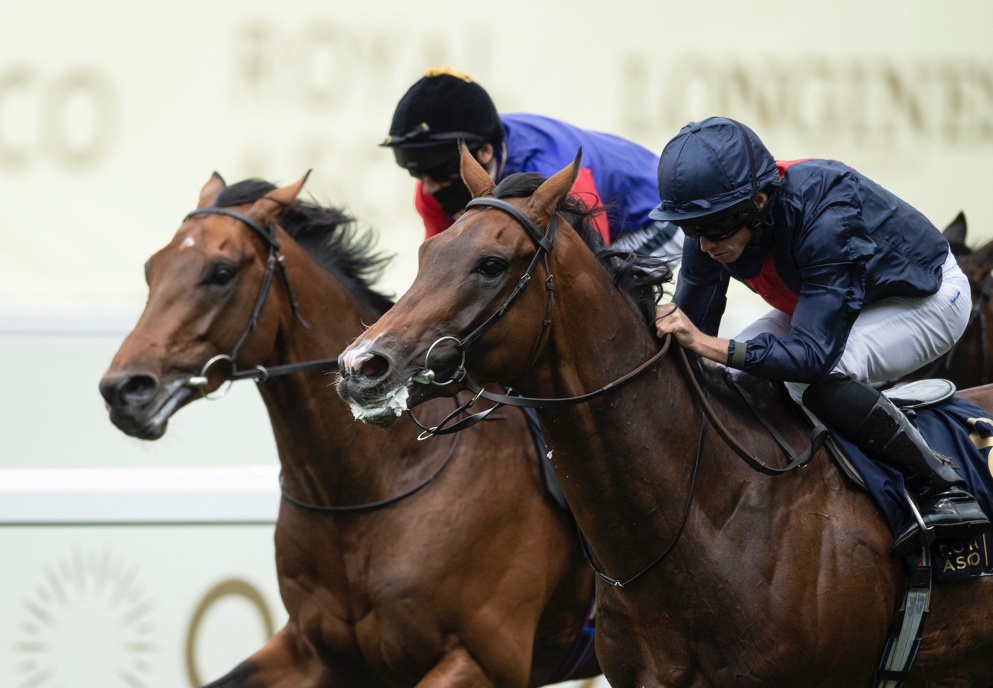 Indeed, the global pandemic has wreaked havoc with this year's pattern schedule - none more so than with the position of the Derby itself - and races which would normally serve as consolation events for those who fail to fire at Epsom, such as the King Edward VII Stakes at Royal Ascot, are now key trials - while York's Dante Stakes will this year serve as a standalone Group 2 event for three-year-old colts later this month.

The paths to Epsom may have changed, but one familiarity is the presence of this year's 2000 Guineas winner, Kameko, who is aiming to become just the third horse this century to complete a classic double at Epsom. The Guineas is traditionally regarded as one of the strongest trial races for Epsom, and Kameko certainly impressed with the way he was able to win the race, staying on strongly to the line despite edging right in the closing stages.

He certainly brings by far the strongest form to the table as a dual Group 1-winner, though there's a niggling feeling that the mile and a half may stretch him on pedigree as a son of Kitten's Joy, while the undulations of Epsom will also ask something new of him. He will have a serious chance if his stamina holds, though he seems fairly priced as the 4/1 second favourite at the time of writing.

The current favourite is the Ed Walker-trained English King, who will have the services of dual Derby winner Frankie Dettori in the saddle. He arrives here on the back of an impressive success in a traditional trial, having eased to the front in Lingfield's dress rehearsal - a race which produced last year's winnner, Anthony Van Dyck. This represents a sizeable step up in class, but the way he was able to put the race to bed last time out suggests that he's ready to tackle Group company.

He ticks plenty of boxes as a son of a Derby winner in Camelot, while Lingfield is heralded as the closest alternative to Epsom, and while he will likely have a favourite's chance, he feels short enough in the betting in what looks a particularly wide-open affair.

Aidan O'Brien is bidding to become the winning most trainer in the history of the Epsom Derby this weekend by sealing his eighth success, and he sends out six in pursuit of yet another accolade; Amhran Na Bhfiann, Mogul, Mythical, Russian Emperor, Serpentine and Vatican City.

Somewhat surprisingly, Ryan Moore has opted to ride Mogul, who disappointed when fourth behind Pyledriver in the aforementioned King Edward VII Stakes at Ascot last month. He filled the exact same position behind Kameko on his previous start in the Futurity Trophy last November, meaning he will have plenty to prove here, though he's bred in the purple as a full-brother to last year's International Stakes winner Japan, and his connections clearly think that there's plenty more to come from him yet.

Like English King, Vatican City will have the services of a Derby-winning jockey in Padraig Beggy, and there was certainly plenty to like about his effort to finish a staying on second behind Siskin in the Irish 2000 Guineas at the Curragh last month. He isn't a certainty to stay the extra half mile on pedigree as a full-brother to the Guineas winner Gleneagles, though his recent outing certainly suggested he's worth a try over further, and he can't be discounted. Another to consider is Serpentine, who steps straight up into Group 1 company after a nine-length success in a maiden at the Curragh last month. He has plenty to find on form as a consequence, but he's bred to be smart and should improve for the step up to a mile and a half.

Pyledriver is making a habit of causing a surprise, though connections may feel aggrieved about the fact that he's a 16/1 outsider for this, bearing in mind that he had both Mohican Heights and Mogul behind him when striking at Royal Ascot last month. There was plenty to like about that performance, showing a good turn of pace to put the race to bed in the closing stages, and while he's a likeable type and also has the services of a Derby-winning jockey in Martin Dwyer, this is a big ask on the bare form he's shown so far. Similar comments apply to Mohican Heights, who did plenty of good late work to stay on into third at Ascot, but he will need more again here.

Another taking an unorthodox route to Epsom is Highland Chief, who was a game winner of the Golden Gates Handicap at Royal Ascot last time out. He would likely be the first and only horse to pull off that particular double should he be successful, bearing in mind that the Golden Gates will likely be left off the Royal meeting's schedule next year, though he would need plenty more to figure - for all that he should improve for the extra two furlongs here. Two more to consider are Khalifa Sat and Emissery, who filled the first two placed in last month's listed Cocked Hat Stakes at Goodwood, and should have plenty more to offer yet.

However, the runner who makes the most appeal is Russian Emperor, who struck in the Hampton Court Stakes at the Royal meeting last month. That Group 3 contest is certainly one of the lesser likely Derby trials on the list, but there was plenty to like about his effort to reel in First Receiver and Berlin Tango, needing every inch of Ascot's steep finish to collar the two leaders. He was a highly promising second in the Derrinstown Derby Trial at Leopardstown prior to that, when he again produced plenty of good late work, and there should be plenty more to come from him now stepped up to a mile and a half. It's interesting that Ryan Moore has instead opted to ride Mogul, but Russian Emperor will have a more than able partner in Seamie Heffernan, and he's fancied to prove too strong in the feature.