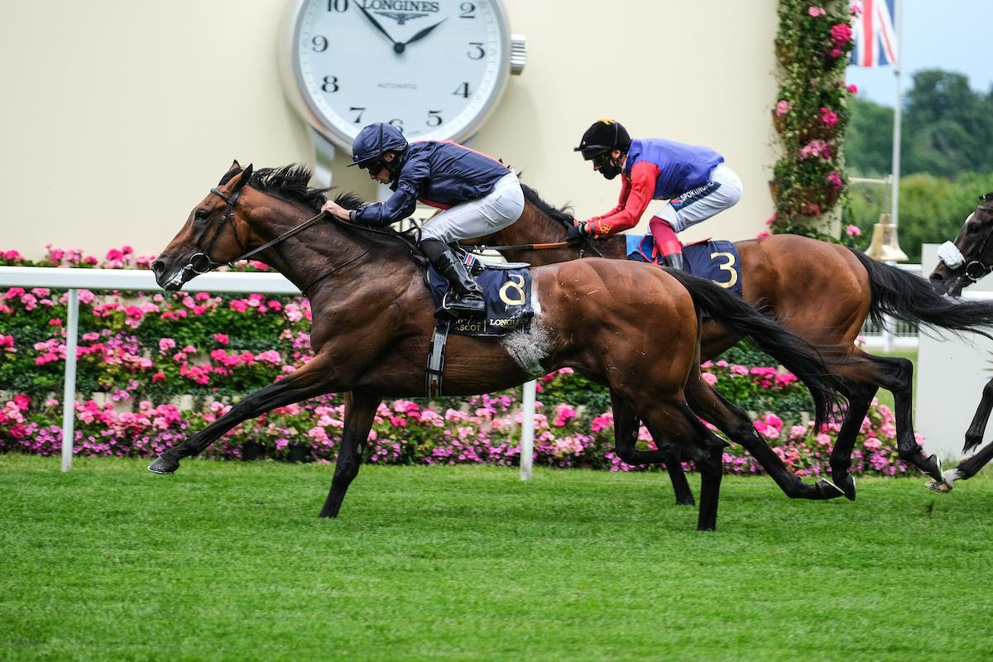 Steve Chambers profiles Russian Emperor, who is a leading Epsom Derby contender for Aidan O'Brien and is a colt looking to follow up a recent Royal Ascot win by bagging classic glory...

Starting off his career in a maiden at the Curragh in July 2020, Russian Emperor was no match for his stablemate Iberia and the son of Galileo could only finish third on his racecourse debut. Not seen again as a two-year-old, Russian Emperor was quick to show some promise in the fledgling stages of his three-year-old campaign, as he beat Lobo Rojo in a Naas maiden in March in testing conditions.

A hiatus in racing in Ireland due to the Coronavirus pandemic, it was not until early June that Russian Emperor was able to try and build on that Naas victory, and O'Brien elected to unleash him in the Derrinstown Stud Derby Trial at Leopardstown - a race that O'Brien has often targeted with his potential Epsom Derby contenders. However, Russian Emperor was unable to follow in his sire's footsteps by landing the win in the Derrinstown and he was beaten half a length by stablemate Cormorant.

Just over a week later and O'Brien sent out Russian Emperor for the Group 3 Hampton Court Stakes at Royal Ascot, and the Ballydoyle raider recorded his first big-race success as he outbattled First Receiver to claim victory in the prestigious contest. Producing a fine turn of foot in the closing stages of that race, Russian Emperor managed to reel in First Receiver, who could also line up in the Derby for Her Majesty The Queen, and kicked clear to win by half a length. Doing all his best work in the closing stages of that 1m 2f event, Russian Emperor shaped like there could be a lot more to come when stepped up to the Derby trip of 1m 4f, and he could well be the primary shot fired by the O'Brien gun, who will saddle a host of contenders in the Derby on July 4.

Speed and Stamina: Showing a fine late surge to win the Hampton Court Stakes, Russian Emperor will hope to replicate that turn of foot in the Derby, and having shown to do all his best work in the closing stages of that ten furlong Royal Ascot race then a step up in trip to 1m 4f for the Derby should prove ideal, so a horse with a bit of speed and stamina in abundance, then Russian Emperor has some key attributes to be a Derby winner.

Trainer: With seven wins to his name, Aidan O'Brien has been the dominant name in the Derby training ranks since the turn of the century, and since Galileo (Russian Emperor's sire) won the 2001 Derby, O'Brien has saddled some sparkling winners of the classic at Epsom. Training five of the last eight winners of the race, O'Brien's dominance is strengthening and Russian Emperor could be another star name to add to the illustrious CV of the Ballydoyle supremo.

Form: With only a Group 3 win to his name, Russian Emperor doesn't possess some of the top class form some of his Derby rivals have on their CVs, and while he is open to improvement he still has to show he can deliver in Group 1 company, so that is certainly one of the most notable negatives.

Quicker Surface may hinder: His two wins have come on soft and good, so if the current hot weather continues, he could have to deal with a much faster surface on Epsom Derby day, and that may prove to be far from ideal and could give a boost to some of his rivals.

How will Russian Emperor fare in the 2020 Epsom Derby?

A wide open Epsom Derby this season means that a handful of runners will line up with a genuine chance of claiming glory, and Russian Emperor certainly falls into that bracket. Sure to improve for his recent victory at Royal Ascot, Russian Emperor will need to shot that those exertions haven't taken too much out of him, but with the Derby test to play to his strengths then he has be regarded as one of the leading fancies in what should be a thrilling renewal.