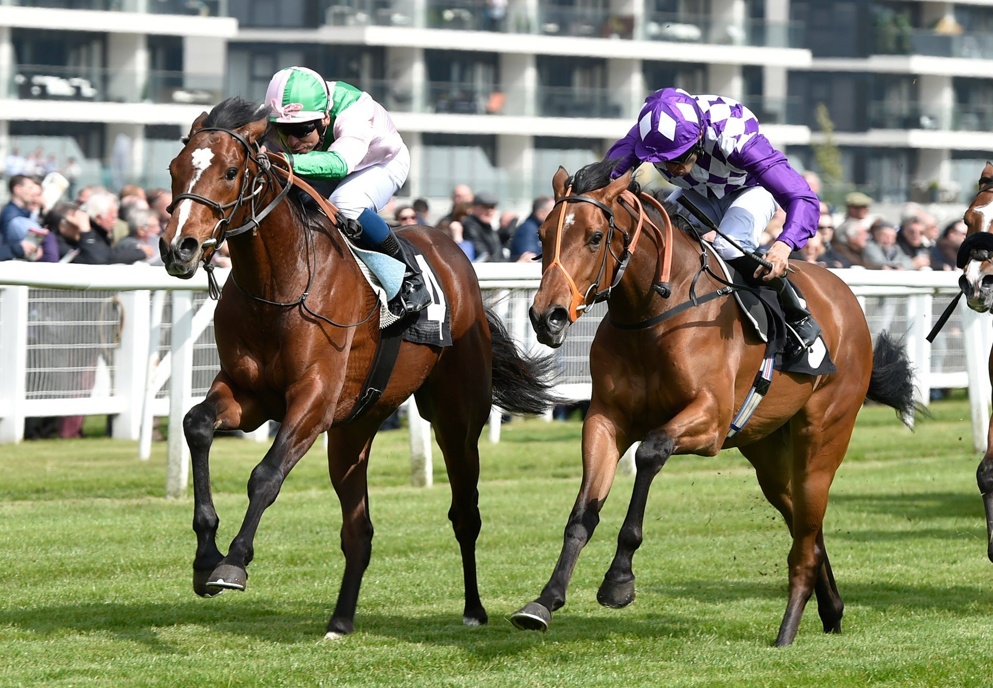 Steve Chambers profiles Highland Chief, who was an impressive winner at Royal Ascot a few weeks ago and now is a lively outsider for the 2020 Epsom Derby on Saturday July 4...

You rarely see a potential Epsom Derby challenger making their racecourse debut in a five-furlong contest, but Highland Chief kicked off life on the track by competing over the minimum distance, and has quickly blossomed into a smart middle-distance colt. Winning on debut at Newbury in April 2019, Highland Chief was then handed a stiff test on his next outing, as he lined up in the Chesham Stakes at Royal Ascot.

Sent off a 14/1 shot for that Listed affair, the Paul Cole-trained raider put up a fine effort when finishing third to Pinatubo in the Chesham, and while he was no match for the star juvenile of last season, Highland Chief showed that he was an above average youngster, who would progress nicely over the next couple of years.

Stepped up in trip once again for his final start of his two-year-old season, Highland Chief, who is a son of former 2000 Guineas hero Gleneagles, was handed a stiff assignment in the Group 2 Royal Lodge Stakes, and Cole's star could only finish sixth of seven. Way behind winner Royal Dornoch that day, Highland Chief was also beaten by subsequent Guineas hero Kameko, who finished second that day, and is also set to try and claim Derby glory this weekend.

Opting to avoid some of the Group races at Royal Ascot, Cole elected to send Highland Chief to the Golden Gates Handicap at the Royal meeting, and sent off a 20/1 shot, Cole's charge produced a fine performance to claim the win defying top weight in the process. Staying on well to land the spoils of the mile and a quarter contest, Highland Chief showed that he could well relish another step up in trip, and a 1m 4f Epsom Derby could see him improve further, but stepping out of handicap into Group 1 company will certainly test his abilities

In-form: He showed when defying top weight to land a competitive handicap at Royal Ascot that he is in excellent form heading into the Derby, and with more improvement likely to come yet, he's more than entitled to take his chance in the Epsom classic renewal at the weekend.

Ground: Both of Highland Chief's wins have come in soft ground, so if Epsom dries up in the days leading up to the race, Highland Chief will need to show he can show the same spark on quicker underfoot conditions. His two defeats have come on good ground, so Cole's runner will be hoping the wet stuff can put some ease into the going.

Substance Of Form: There's no denying Highland Chief put up a fine display at Royal Ascot, but you have to remember that came in handicap company, so a step up to Group 1 company will test his ability. He could well turn into a Pattern winner in time, but the test of a Derby and locking horns with proven Group 1 horses could well test Cole's three-year-old's abilities in a race awash with star talent.

Tactics: In his last two starts, Highland Chief has been forced to take a position towards the back of the chasing pack, and there's a doubt if he gets too far behind then he will be unable to reel in the leaders. While he should enjoy his first try at a mile and a half, if he is held out the back then he may just be unable to show that classy turn of foot to get in contention as they turn for home, and while he could pass beaten horses, it may all be a little too late.

How will Highland Chief fare in the 2020 Epsom Derby?

A decent winner at Royal Ascot, Highland Chief is being flung in at the deep end, and while he shaped like he could perform with credit in Group company, this assignment could prove to be a bridge too far. Taking on top class colts, Highland Chief may lack that element of class needed to win a Derby, and the Paul Cole-trained star will have to settle for a minor role.