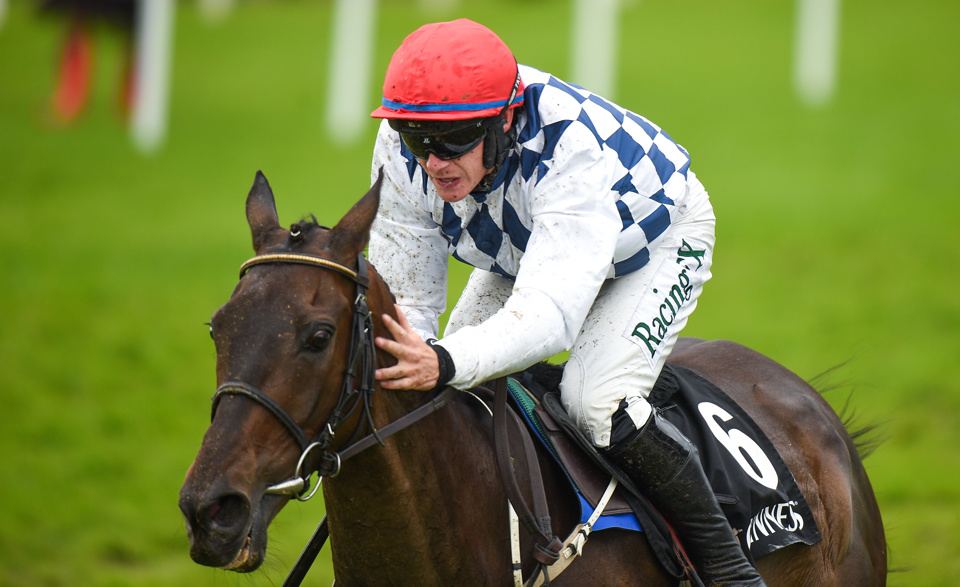 You can check out our Bobbyjo Chase tip nearer the off...

What is the Bobbyjo Chase?

The Bobbyjo Chase is a Grade 3 race run at Fairyhouse in February, and is run over three miles and one furlong. With 20 fences to jump during the contest the Bobbyjo Chase is one of the feature races on the Irish National Hunt calendar outside the big festivals and it has historically thrown up some classy winners down the years.

First run in 2003 and run in honour of a former Grand National winner Bobbyjo, it was originally classed as a Grade 2 race before it was downgraded to Grade 3 status in 2017, but it's still a fascinating contest and has often thrown up some notable runners that have gone on to compete in the Grand National.

The Willie Mullins-trained Hedgehunter was victorious in the 2005 Bobbyjo Chase and then went on to claim Grand National glory at Aintree a few months later to show this race is a real top notch trial for the Merseyside marathon.

What happened in the 2022 Bobbyjo Chase ?

Ted Walsh's Any Second Now fended off Gordon Elliott's Escaria Ten in a thrilling finish to the Bobbyjo Chase in 2022, with both enhancing their claims for Grand National glory in April.

🥊 Any Second Now vs Escaria Ten - fabulous stuff at @Fairyhouse

A brilliant finish to the G3 Bobbyjo Chase which goes the way of Any Second Now for Ted Walsh & continues the stunning run of form for Mark Walsh https://t.co/SXR4jRzHUF

The history of the Bobbyjo Chase

A relatively new addition to the Irish National Hunt calendar, the Bobbyjo Chase has still had some classy winners that have gone on to bigger and better things in their career.

As mentioned previously, Hedgehunter used his win in the Bobbyjo Chase as a springboard to Grand National glory, while the likes of dual winner Roi Du Mee, On His Own and Boston Bob have all tasted victory here and add significant strength to the roll of honour.

Who is the most iconic winner of the Bobbyjo Chase?

It's hard to look away from Hedgehunter once again, as the feat of achieving the Bobbyjo/Grand National double is magnificent, and while the Mullins yard has had a plethora of classy winners win this race, Hedgehunter will always be regarded as one of the most iconic winners back in 2005.

Are there any trials for the Bobbyjo Chase?

A host of races could be used as trials for the Bobbyjo Chase with the race itself often unearthing clues for the following year's renewal at Fairyhouse. Some of the elite handicap chases over Christmas can provide clues and be a notable trial for the Bobbyjo Chase which lights up February's action at the business end of the season.

Who is the most successful jockey in the Bobbyjo Chase?

With Willie Mullins having such a fine record in the Bobbyjo Chase then it's no surprise to see Ruby Walsh topping the standings as the most successful jockey in the Bobbyjo Chase. Walsh amassed four wins during his career and claimed his first success on board Prince De Beauchene in 2012. Wins on On His Own (2014), Boston Bob (2016) and Pleasant Company (2017) enhanced Walsh's record in the race.

Who is the most successful trainer in the Bobbyjo Chase?

Willie Mullins has saddled the winner of the Bobbyjo Chase a staggering ten times and his fine winning record kicked off with Hedgehunter's win in 2005. Recapturing the crown in 2007 with Homer Wells winning, Mullins, who also has a staggering Cheltenham Festival record then saddled The Midnight Club (2012), Prince De Beauchene, On His Own (2014), Boston Bob (2016) and Pleasant Company (2017), Bellshill (2018), Rathvinden (2019) and Acapella Bourgeois (2020) to glory.

2020 Grand National
Advert Disclaimer
Horseracing.net is a free online resource which endeavour to provide helpful and useful content and odds comparison to its visitors. Please be advised that Horseracing.net accepts affiliate commission from the companies appearing on the site, and agreed commission levels impact the location and order in which the companies (and/or their products) are presented on the website. Any ratings that appear on this site is determined by our subjective opinion of the brand but also based on market share and reputation, each brand's conversion rates, commission paid to us and general consumer interest. Company listings on this page don't imply our endorsement. We do not feature all providers on the market. Except as expressly set forth in our terms and conditions, all statements and warranties regarding the information presented on this page are disclaimed. The information, including odds, which appear on this site is subject to change at any time.