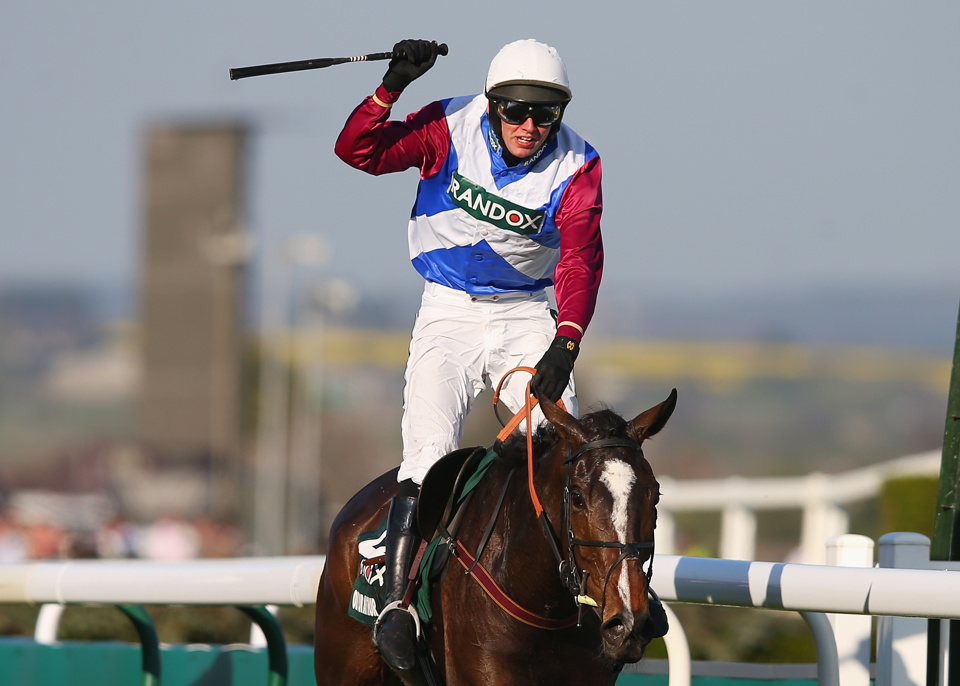 One For Arthur looks set to take his chance in next month's Becher Chase at Aintree.

The weights for the Becher Chase at Aintree have been announced today, with the headline act the 2017 Grand National winner, One For Arthur. The Lucinda Russell-trained star looks likely to return to the scene of his greatest triumph next month after a pipe-opener at Kelso in October, and would carry 11-02 should connections decide to take up the engagement.

The first Scottish-trained winner of the world's greatest steeplechase made his seasonal reappearance in the Many Clouds Chase at this meeting last year, falling early on, but he went on to finish a creditable sixth in the 2019 Grand National, and would no doubt have leading claims in the famous National trial given his class over the large obstacles.

The race over the Grand National fences will take place on December 7th and it is shaping up to be a cracking contest with the weights headed by Alpha Des Obeaux and Ballyoptic as the road to the big one in April begins. This season's Charlie Hall Chase winner Ballyoptic will have to defy a weight of 11-12 if he is to win, although he is far from a certain runner given his likely appearance in the Betfair Chase at Haydock Park this weekend.

Alpha Des Obeaux is one of four possible Becher runners for Gordon Elliott, who could also have the Galway Plate winner Borice (11-00), General Principle (10-10) and Out Sam (10-07) on the boat to Liverpool. Elliott is of course known for his remarkable association with Tiger Roll, who has won the National for the past two years, but he will be hoping one or two of his Becher runners can join their illustrious stablemate at Aintree in the spring.

2018 winner Walk In The Mill has been allotted a weight of 10-08 for the repeat bid and connections will be hoping that it once again proves to be the perfect springboard towards a tilt at the big race in April. The Robert Walford-trained star went on to finish fourth in the National itself last season and could take his place alongside Vieux Lion Rouge, who is another former winner of the Becher for trainer David Pipe.

Pleasant Company (11-07) could head back to Aintree for Willie Mullins having been second to Tiger Roll in the Grand National in 2018, and he clearly has the class to compete for the Irish champion trainer if fit and well.

Recent Badger Beers Chase winner Give Me A Copper (11-01) is a likely runner for Paul Nicholls, while Le Breuil (11-03) could take his chance for Ben Pauling following his win in the National Hunt Chase at the Cheltenham Festival back in March.

The Grand Sefton Handicap Chase is the second race over the National fences on Becher Chase day, and it is O O Seven who has been handed top weight by the handicapper for that contest.

The Punchestown Festival winner could well take his chance in the contest for Nicky Henderson alongside the likes of As De Mee (11-1) for Paul Nicholls and ante-post favourite Call It Magic (10-6), who could be heading over the Irish Sea for Ross O'Sullivan next month