Five Things We Learned: Apple's Jade has plenty to prove 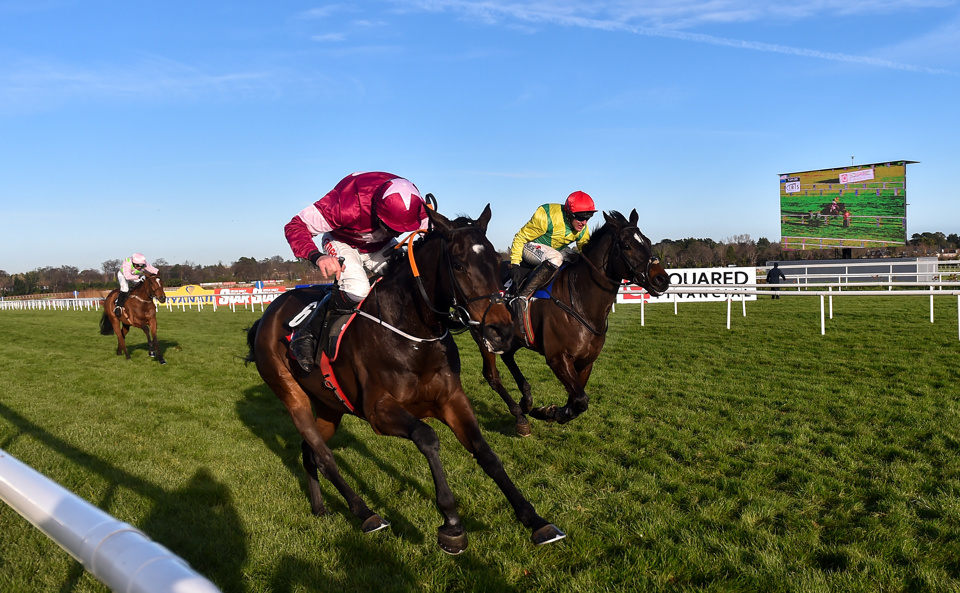 Apple's Jade failed to justify 4/1-on favouritism in Sunday's Lismullen Hurdle at Navan.

The star mare succumbed to her fourth consecutive defeat in the Grade 2 Lismullen Hurdle at the hands of Bacardys as a 4/1-on favourite, casting doubt over whether the seven-year-old is the same horse as the one we’ve been blessed with in previous years. She seemed to lack the usual fluency when attacking her hurdles and showed little when asked to quicken, a world away from the horse we saw win the Irish Champion Hurdle back in February – the scene of her last victory. A defeat at the Festival was disappointing but not wholly unexpected given her Cheltenham hoodoo, but her two following defeats at Aintree and Punchestown, respectively, certainly raised eyebrows, and a rare first-time-out loss on Sunday has left many, including connections, wondering what to do next. She is now best-priced at 33/1 for the Champion Hurdle and 9/1 for the Mares’ Hurdle in March, but a drastic change in fortunes will be needed if we are to see this fan favourite get her nose in-front in either of the aforementioned showpiece races. Who knows, retirement could well beckon…

Ruby Walsh: "He was always travelling well & has annihilated them" https://t.co/mfz4OVb7Kd

Envoi Allen may have a serious Ballymore challenger in Andy Dufresne

Gordon Elliott certainly isn’t short of a classy novice hurdler this season, with Andy Dufresne announcing himself as a possible player for the big Grade 1s this season after an 11-length success at Navan. He cruised through the race under Mark Walsh, and put in an eye-catching jump at the last before pulling away without really being asked to do so - bailing favourite backers out of jail after Apple’s Jade was turned over at long odds-on half an hour earlier. He is now as short as 10/1 for the Ballymore which potentially leaves us with a jaw-droppingly-exciting clash with his stablemate and fellow unbeaten star, Envoi Allen. However, it would be no surprise if Elliott decided to split the pair up and take on the Albert Bartlett with Dufresne - for which he is currently a 14/1 favourite - although Mr J.P. McManus could have the final say on that one…

Give Me A Copper is a genuine Grand National contender

Arguably the most competitive race of the weekend went the way of the Sir Alex Ferguson-owned Give Me A Copper, who stayed on nicely to win the listed Badger Beers Chase at Wincanton by a neck from Soupy Soups. In doing so, the Paul Nicholls-trained nine-year-old recorded his first success at this level, and received quotes of 33/1 for the Grand National in the process, after disposing of some proven National horses such as Rock The Kasbah and last year’s National fourth Walk In The Mill. It is a long season yet and he may have to put in a similarly impressive performance to be seen as a true contender by many, but you can’t rule out another Sir Alex success in Liverpool. A quick word needs to be given to the second-placed Soupy Soups, too, who arguably finished best of them all from a long way back and is currently quoted at 100/1 for the National.

Give Me a Copper wins the Badger Beers Silver Trophy Handicap Chase!

It's another win for @PFNicholls. Sir Alex will be pleased

Santini has a lot of questions to answer

It hardly shaped as the performance of a Gold Cup winner did it? Santini just scraped home in the listed Future Stars Chase at Sandown at odds of 3/1-on, disappointing fans in the process and leaving many doubting his Cheltenham Gold Cup credentials. Although he did ultimately get the job done - which is the most important thing - a horse that’s quoted as short as 7/1 for the Jumps racing showpiece in March should probably be doing a little bit more than beating a rival rated 144 – 19 lb less than him – by just a head. He’s a stout stayer and certainly has talent in abundance, but looked a bit sluggish out in-front, and appeared to run and jump at his own leisure, despite Nico De Boinville doing his upmost to galvanise him. It’s still early days and he is certain to come on for the run, but it currently looks as if the only way he’d win a Gold Cup would be if they had to run around Prestbury Park four or five times.

The most impressive performance of the weekend surely has to go to the bang in-form Fergal O’Brien horse Totterdown, who made a procession of the two-mile handicap at Sandown on Sunday. The even money favourite shot off in-front as soon as the starter sent them on their way, and that’s really how the story ended. The field never got closer than ten lengths on what was very testing ground, and although the eight-year-old looked rather lethargic jumping the last, the 30-length lead he secured at the half way stage was more than enough to secure a mighty all-the-way success. Fergal O’Brien is one of the most in-form trainers in the country right now – operating on a 33% strike rate – and it would be wise to follow his horses closely while he enjoys this purple patch.