Walk In The Mill set for Chepstow outing 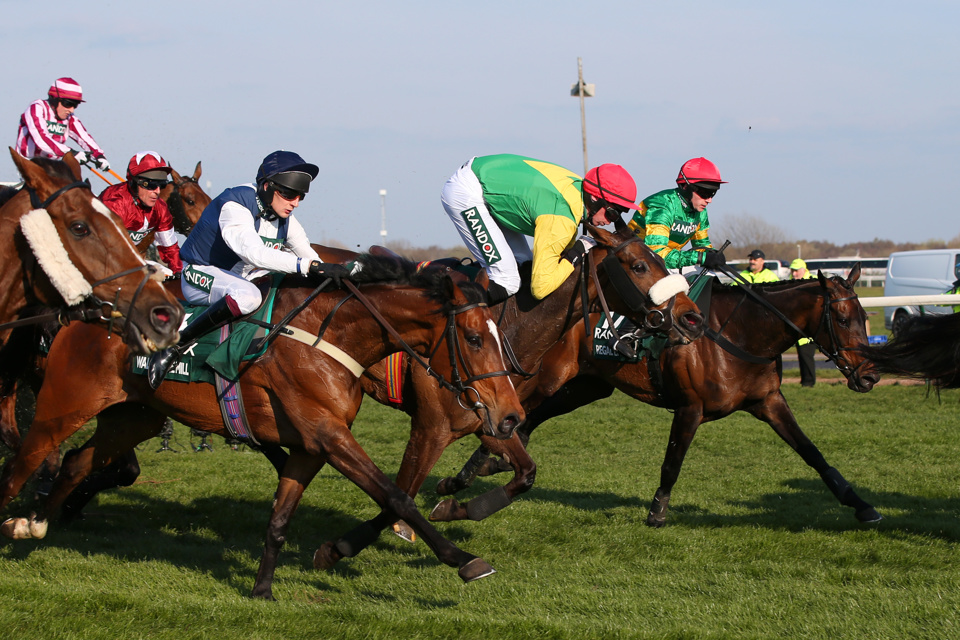 Walk In The Mill was a fine fourth in last year's Grand National.

Walk In The Mill will step up his preparations for the Grand National at Aintree with a run over hurdles at Chepstow on Friday, having been confirmed as a runner at the final declarations stage on Thursday.

The ten-year-old has quickly established himself as something of a specialist over the National Course at Aintree, and became the first horse to ever win back-to-back renewals of the Becher Chase at the Merseyside track when recording a two and a half length success there back in December.

He finished a fine fourth in between those efforts in last year's Aintree showpiece, and as he did 12 months ago, Robert Walford will now revert his stable star to the smaller obstacles in a bid to protect his mark before the weights announcement on Tuesday 11th February.

He said: "Walk In The Mill came out of the Becher in great form and the intention now is to run him over hurdles at Chepstow on Friday.

"It will be good just to get him out on the course and that is why we are going to run at Chepstow.

"This will probably be his last run before the Grand National. There are other races that we could run in, but I would like to go to Aintree with a fresh horse, so to run now suits our schedule."

Walk In The Mill beat the subsequent Classic Chase winner Kimberlite Candy when notching his second victory in the Becher at Aintree last month. Robert Walford's talented gelding has to be respected reverting to hurdles, but the Grand National is the plan for him so Mercian Knight and BLACKJACK KENTUCKY are preferred. The latter gets the nod because he lines up in receipt of 7lb from Amy Murphy's gelding and is officially rated 7lb superior. Paul Nicholls' charge has finished second here the last twice behind the likes of The Big Breakaway and Jepeck, both subsequent winners, and that form leaps off the page.

Walk In The Mill took his chance off a mark of 144 in last year's National, and will likely line up off a much higher mark this time around after a career-best effort last time out. However, an ability to cope with the unique fences at Aintree is a huge asset, and it's a challenge Walford is looking forward to.

He added: "He has been a brilliant horse for me. He just seems to love those fences at Aintree and it is exciting to have a live Grand National contender on our hands."

Walk In The Mill is currently a 20/1 chance for the National behind the dual winner and defending champion Tiger Roll, who's a clear 5/1 favourite, while each of Burrows Saint, Kimberlite Candy and last year's runner-up Magic Of Light are all available alongside Walford's charge in the betting at 20/1.