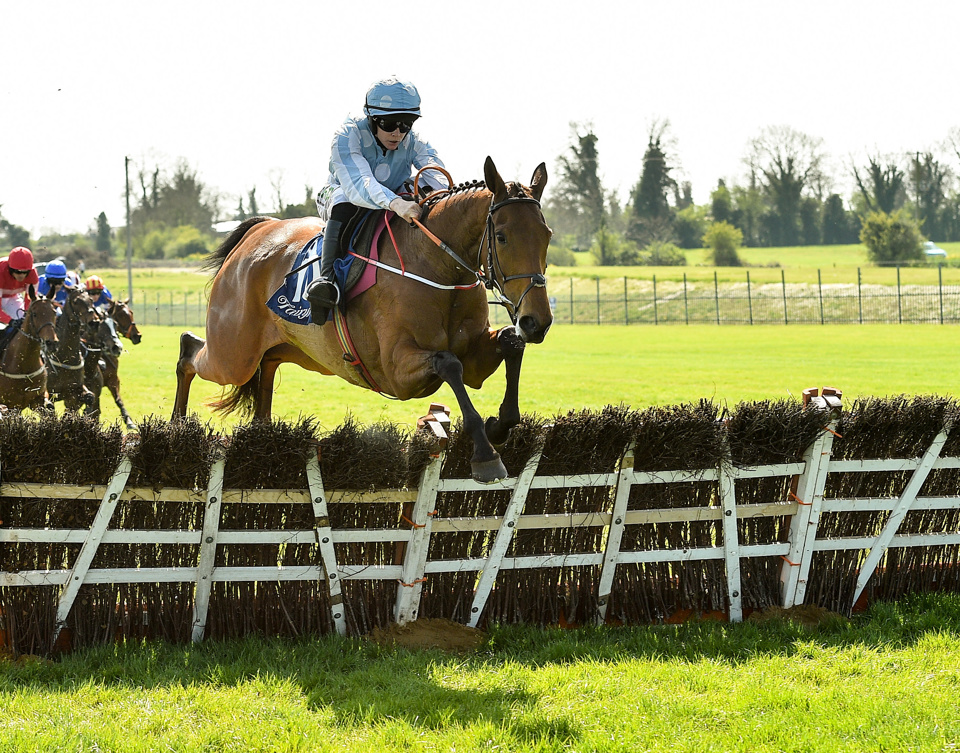 Honeysuckle was an emphatic winner of the 2019 renewal

You can check out our Hatton's Grace Hurdle tips nearer the off of the Grade 1 contest.

What is the Hatton's Grace Hurdle?

The Hatton's Grade Hurdle is a Grade 1 race run over a trip of two and a half miles at Fairyhouse racecourse at the end of November or the start of December.

In total, there are 12 obstacles to be jumped in the race, and it takes place on the same day as the Royal Bond Novice Hurdle and the Drinmore Novice Chase, which ensuring that the card at Fairyhouse is one of the best days of Jumps racing anywhere in the UK and Ireland. The Hatton's Grace Hurdle is a monster race in its own right, and has been won by some stellar names down the years, but it can also be useful for future reference, with potential Champion Hurdle and Mares' Hurdle horses for Cheltenham likely to come out of the race.

Jezki was the last horse to win the Hatton's Grace Hurdle and the Champion Hurdle in the same season in 2013, which highlights just how important this race can be on the calendar.

What happened in the 2020 Hatton's Grace Hurdle?

Henry De Bromhead's Honeysuckle retained her Hatton's Grace Hurdle crown, as the short-priced 4/11 favourite fought off a late surge from the staying-on Ronald Pump to claim Grade 1 glory at Fairyhouse, and duly maintain her 100% record. Travelling smoothly throughout the contest, the star mare was sent to the front in the closing stages and kicked a couple of lengths clear in the closing stages. However, she had to fend off Ronald Pump, who ran a cracker in defeat, while Beacon Edge also put up a bold effort and finished third.

The history of the Hatton's Grace Hurdle

First run in 1994, the race is named after the great Hatton's Grace, who was a three-time winner of the Champion Hurdle for the legendary trainer Vincent O'Brien.

The race has been a Grade 1 contest since its inception, and because there is no equivalent race over the distance at the Cheltenham Festival, it has become one of the key races for intermediate horses of the calendar campaign.

Having said that, we have seen multiple Cheltenham winners win the Hatton's Grace Hurdle in recent years, with names like Istabraq, Hurricane Fly, Jezki and Apple's Jade just a few of the legends to have tasted the glory at Fairyhouse.

Who is the most iconic winner of the Hatton's Grace Hurdle?

We have already mentioned the famous roll of honour for the Hatton's Grace with multiple champions claiming the win during their careers with three horses even good enough win the race three times. Apple's Jade, Solerina and Limestone Lad all made the race their own during the height of their careers, but in terms of quality and class it is Istabraq who stands alone.

The Aidan O'Brien-trained legend won this race twice in 1997 and 1998 on the way to compiling a remarkable career, which ultimately ended with the JP McManus-owned animal winning three editions of the Champion Hurdle at the Cheltenham Festival.

Are there any trials for the Hatton's Grace Hurdle?

There are no specific trials for the Hatton's Grace Hurdle due to its early position in the calendar, and instead the race often acts as a reappearance point for many of the runners. Having said that, the WKD Hurdle at Down Royal tends to be a potential stepping stone towards the Fairyhouse contest, while the same can be said of the Lismullen Hurdle at Navan, which takes place in the early part of November over two miles and four furlongs.

Who is the most successful jockey in the Hatton's Grace Hurdle?

Who is the most successful trainer in the Hatton's Grace Hurdle?