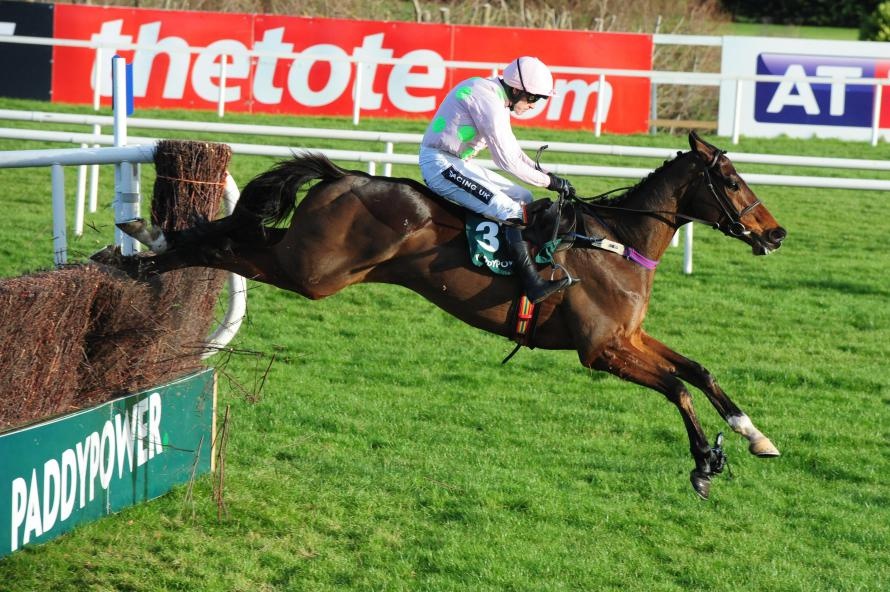 Run over two miles and one furlong, the Irish Arkle Novice Chase is one of the feature Grade 1 events at Leopardstown and is a race that can throw up a top notch winner, who will most likely head to the Cheltenham Festival to run in the Arkle Challenge Trophy. You can find the latest odds for the 2021 Irish Arkle Novice Chase a little closer to the time.

What is the Irish Arkle Novice Chase?

Run over a distance of two miles and one furlong, the Irish Arkle Novice Chase is a Grade 1 contest open to horses aged five years or older. Taking place at Leopardstown at the start of February, it's a contest that is targeted by Irish trainers with their top novice chasers, and it can often be a race that is used as a springboard to the Arkle Challenge Trophy at the Cheltenham Festival in March.

Established in 1956, the Irish Arkle Novice Chase was won by the legendary Arkle himself in 1963, and has since been a race named in honour of the legendary equine performer. More recently it's been a race that has seen Willie Mullins unleash his strongest novice chasers and the likes of Un De Sceaux, Douvan and Footpad have all been victorious before going on to bigger things over fences.

What happened in the 2021 Irish Arkle Novice Chase?

Sent off a shade of odds-on, Energumene produced one of the performances of the entire Dublin Racing Festival as the Willie Mullins-trained star scooted to an emphatic 10-length victory over Franco De Port in the Irish Arkle. Now second favourite to Shishkin in the Arkle at the Cheltenham Festival, Energumene jumped and galloped his rivals into the ground and went on to enhance his already lofty reputation with a stunning display at Leopardstown.

A stunning performance from Energumene who laughs at his rivals in the Irish Arkle to complete a treble fort @WillieMullinsNH & @PTownend at @LeopardstownRC - a 1-2-3 for the trainer too 👏 https://t.co/iW43FrRpah

The history of the Irish Arkle Novice Chase

First run in 1956 and won by the Dan Moore-trained Quita Que, the Irish Arkle was originally contest over two miles, but was then extended to two miles, two furlongs in 1980, while in 1992 was run over two miles, three furlongs. However, it was cut back to its current distance of two miles, one furlong in 1995 and is now regarded as one of the premier novice chases in the Irish National Hunt calendar.

Named after the mighty Arkle, this race has been won by a plethora of classy performers down the years, and many have notched up the coveted double of the Irish Arkle in February and the Arkle Trophy at the Cheltenham Festival in March. The legendary Flyingbolt won the Irish Arkle in 1965 for Tom Dreaper, while more recently Klairon Davis (1995), Kicking King (2004) and Douvan (2016) have stormed to victory in the top notch Grade 1 event.

Who is the most iconic winner of the Irish Arkle Novice Chase?

Undoubtedly the most iconic winner is the sensational Arkle, who not only bound to victory in the 1963 renewal, but duly had the race named in his honour. The Tom Dreaper-trained sensation is still regarded as one of the finest performers to grace a racecourse, and the three-times Cheltenham Gold Cup winner used victory in this race as a stepping stone to greatness.

A six-year-old when victorious in this race, Arkle was ridden to success by Pat Taaffe, and Arkle's brilliance over fences continued to sparkle for the next few years and not only winning three Gold Cups along the way, but he bagged a host of Grade 1 success during an illustrious career.

Are there any trials for the Irish Arkle Novice Chase?

Who is the most successful jockey in the Irish Arkle Novice Chase?

While Pat Taaffe and Ruby Walsh won the race three times as a jockey, it's Frank Berry, who is the most successful jockey in the race having piloted the winner four times. Picking up his first win in 1975 with Spanish Tan, Berry then rode Siberian Sun (1977), Bobsline (1984) and Barrow Line (1987) to victory and sits top of the standings in terms of most wins in the race as a jockey.

Who is the most successful trainer in the Irish Arkle Novice Chase?

Unsurprisingly, it's Willie Mullins that has the best record in the Irish Arkle Novice Chase. The Closutton handler has trained the winner six times, and since Assessed handed him his first win in the race in 2002, Mullins has used this contest as a premier target for his elite novice chasers with Douvan and Un De Sceaux just a couple of his eye-catching winners.