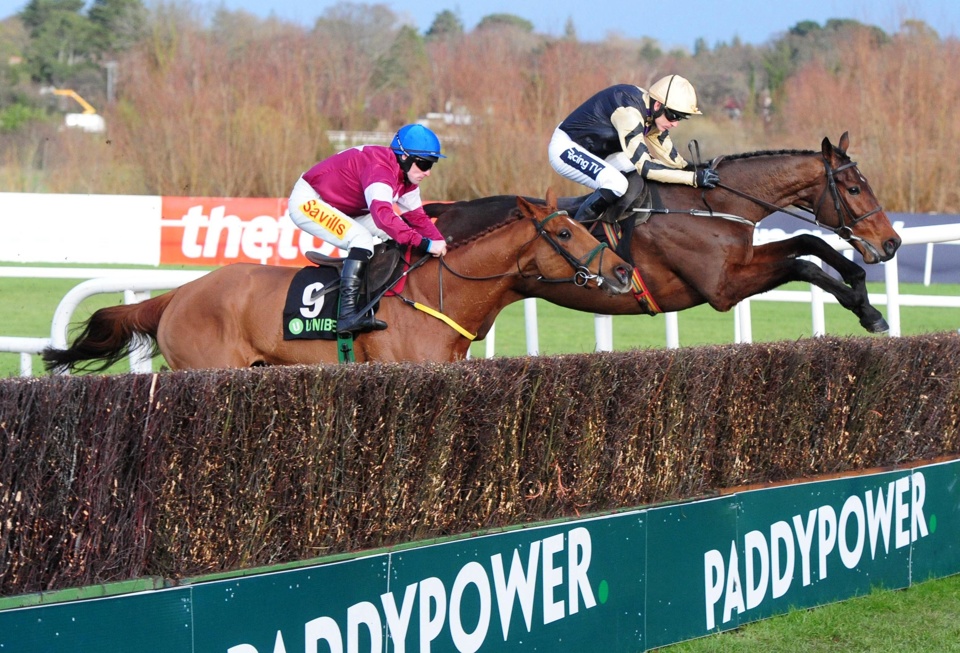 Bellshill won the 2019 Irish Gold Cup from Road To Respect

Run over three miles, the Irish Gold Cup is the feature Grade 1 event at Leopardstown's Dublin racing Festival and is a key race ahead of the Cheltenham Gold Cup. You can find the latest odds for the 2020 Irish Gold Cup here a little closer to the time.

What is the Irish Gold Cup?

Run over a distance of three miles, the Irish Gold Cup is a Grade 1 contest open to horses aged five years or older. Taking place at Leopardstown at the start of February, it's a contest that is targeted by both Irish and British trainers as they aim to give their best stayers a shot at immortality, and it can often be a race that is used as a springboard to the Cheltenham Festival and notably the Gold Cup in March.

First ran in 1987 as the Vincent O'Brien Irish Gold Cup, the race has been won by some of the biggest names in the game including Sizing John, who won the Cheltenham equivalent in the same year and 2012 Grand National winner Neptune Collonges.

What happened in the 2021 Irish Gold Cup?

Willie Mullins claimed another win in the Irish Gold Cup as the master of Closutton saddled Kemboy to victory in the 2021 renewal, as the classy staying chaser fought off the likes of The Storyteller and Delta Work in a thrilling renewal of the Leopardstown showpiece. Prominent from the flag fall, Kemboy managed to maintain his advantage over his rivals for the entirety of the race, and with Minella Indo and Melon disappointing the multiple Grade 1 winner Kemboy claimed an impressive victory by two lengths.

👏 An eighth winner at the #DublinRacingFestival for the Closutton maestro as Kemboy makes all to win the €200,000 @paddypower Irish Gold Cup under @dan2231 at @LeopardstownRC https://t.co/YfMmT6NpQK

The history of the Irish Gold Cup

The Irish Gold Cup was first ran in 1987 as the Vincent O'Brien Irish Gold Cup, named in honour of the legendary trainer. The race adopted the name of the Hennessy after the famous cognac bought the title sponsorship, but had to be changed to the Irish Hennessy in Gold Cup as to avoid confusion with Newbury's version (Now the Ladbrokes Trophy).

2016 was the first year that the race was ran under the pseudonym of the Irish Gold Cup, and it was Carlingford Lough who took victory, his second consecutive success in the race. Since then, we've seen Sizing John claim the race on the way to winning the Cheltenham Gold Cup, as well as tan emotional victory for Edwulf in 2018, who nearly died following a stroke at the Cheltenham festival in 2017.

Are there any trials for the Irish Gold Cup?

The Irish Gold Cup lends itself to any top-level three-mile race in both the UK and Ireland. Therefore the Savills Chase during the Christmas period is key, as is the Ladbrokes Champion Chase that takes place at Down Royal in November. Last seasons winner Bellshill was an impressive second in the 2018 Savills Chase, with Road To Respect finishing third that day.

In the UK, any horse going over to contest the Irish Gold Cup would have likely ran in races such as the Betfair Chase at Haydock or the King George VI Chase at Kempton on boxing day. Both are a similar level and are contested over the same distance.

Who is the most successful jockey in the Irish Gold Cup?

Even though true greats of the game such as AP McCoy and Ruby Walsh have won this race, the most successful jockey is Mark Dwyer, who won this race on four occasions. He secured the first ever running in 1987 aboard Forgive 'n Forget and then won it three times in a row in 1993,1994 and 1995 aboard Jodami.

Who is the most successful trainer in the Irish Gold Cup?

Unsurprisingly, Willie Mullins boasts the best record in the Irish Gold Cup. The Closutton handler has tasted success on a whopping 10 occasions since his first win in 1999 with Florida Pearl, who is the most succesful horse in the race with four wins. Since then, he's enjoyed success with Sir Des Champs, Quel Espirit, Kempes, Rule Supreme and the aforementioned Bellshill.

Today's Racecards
Advert Disclaimer
Horseracing.net is a free online resource which endeavour to provide helpful and useful content and odds comparison to its visitors. Please be advised that Horseracing.net accepts affiliate commission from the companies appearing on the site, and agreed commission levels impact the location and order in which the companies (and/or their products) are presented on the website. Any ratings that appear on this site is determined by our subjective opinion of the brand but also based on market share and reputation, each brand's conversion rates, commission paid to us and general consumer interest. Company listings on this page don't imply our endorsement. We do not feature all providers on the market. Except as expressly set forth in our terms and conditions, all statements and warranties regarding the information presented on this page are disclaimed. The information, including odds, which appear on this site is subject to change at any time.