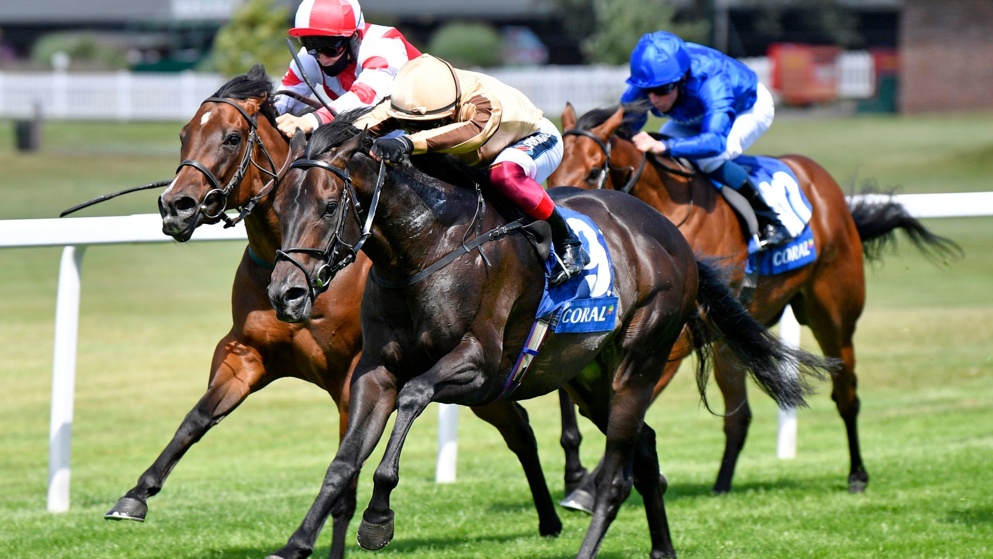 A'Ali is a four-time winner at Group 2 level.

Both A'Ali and The Lir Jet look likely to head to next month's Nunthorpe Stakes at York, which is rapidly turning into a red hot renewal.

Next month's Group 1 contest over five furlongs was already looking healthy, with the electric Battaash set for a clash against the Irish raider Sceptical and the improving Art Power - who has produced three clear-cut wins already this season, including in the Group 3 Lacken Stakes at Naas earlier this month.

And they could be joined by juveniles The Lir Jet and Golden Pal, who were first and second respectively in last month's Norfolk Stakes at Royal Ascot. Both two-year-olds would receive a whopping 24 lb from Battash if lining up, and Michael Bell has hinted that The Lir Jet could head to York next after finishing a narrow second in Sunday's Prix Robert Papin at Chantilly.

He told the Press Association: “He’s back in the yard and seems none the worse for his exertions, thankfully. I’ve just been talking to Sheikh Fahad and I think we’re going to drop back to five furlongs for the Nunthorpe – that’s the thinking at the moment.

“Oisin is pretty emphatic that he’s better horse over five furlongs and the form book would suggest that, too.

“If the Battaash we know turns up, he’ll be a worthy favourite, but if we don’t go there you’d be running somewhere carrying penalties, or running over six furlongs in the Prix Morny, which would mean more travelling.

“It’s not set in stone, but Sheikh Fahad’s view is you don’t succeed if you don’t try, which is a good attitude to have.”

Meanwhile, they could be joined by the three-year-old A'Ali, who picked up the fifth Group success of his career when impressing in the Group 2 Sapphire Stakes at the Curragh at the weekend.

That success was his fourth at Group 2 level after wins in the Norfolk Stakes at Royal Ascot, the Prix Robert Papin at Deauville and the Flying Childers at Doncaster last season, and his trainers Simon and Ed Crisford feel that he's ready for another try at the top level.

Simon Crisford told the Press Association: “He deserves to take his chance at the top level now. I’d imagine we’ll go for the Nunthorpe next month and his big target will be the Flying Five back at the Curragh in September – I think the stiff five furlongs there suits him really well.

“We’ll have to take on Battaash in the Nunthorpe and with Art Power, Oxted and the American two-year-old (Golden Pal) all looking like heading there, it should be a great race.”