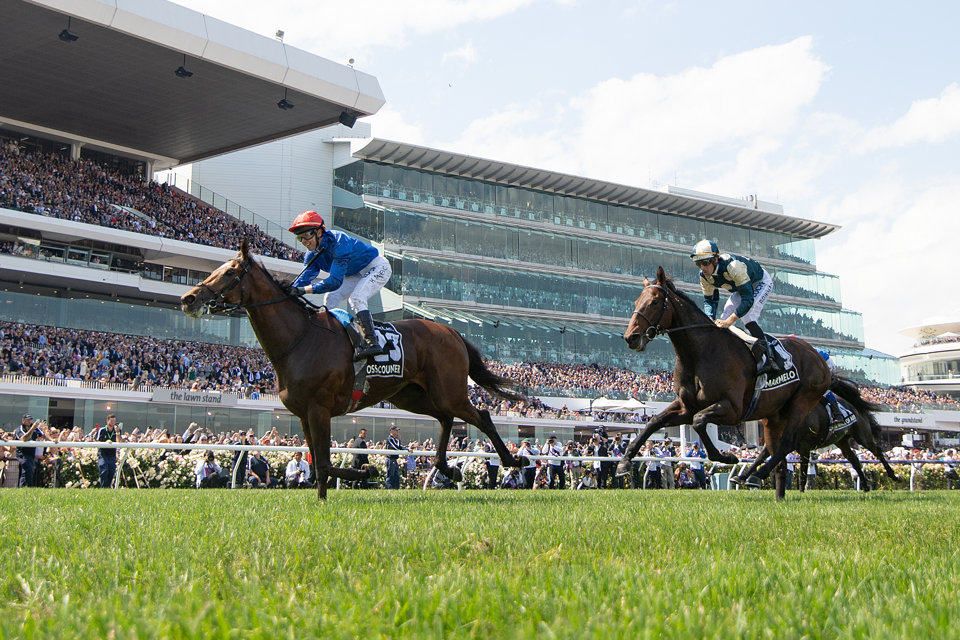 Cross Counter became the first British-trained winner of the Melbourne Cup in 2018 for Charlie Appleby.

Godolphin trainers Charlie Appleby and Saeed bin Suroor have announced that they will not be sending runners to Victoria for this year’s Spring Racing Carnival due to the ongoing Coronavirus pandemic.

The region has been hit hard by the health crisis, declaring a state of disaster on Sunday, and the two trainers have taken the decision not to send their runners this year as a consequence.

It means that we won’t see the 2018 Melbourne Cup winner Cross Counter in ‘the race that stops a nation’ - though we will see runners in the Godolphin blue from their head trainer in Australia, Jason Cummings.

Paul Bloodworth, General Manager of International Operations for Racing Victoria, told racing.com: "Both Saeed and Charlie have advised over the last few days that they won't be coming to Melbourne this year.

“Charlie Appleby advised last night that because of the change to Stage 4 restrictions, he wasn't comfortable sending his staff to Melbourne and Saeed has also advised he won't be coming.

"It's a great shame. Saaed has been a regular in Australia for 30 years and Charlie certainly over the last five or six years so it's a shame they won't be able to compete."

@godolphin have done it at last! https://t.co/wdCbNswqCi

Meanwhile, there have been a host of international entries from other yards for the Cox Plate, a Group 1 event over a mile which is held at Moonee Valley each October. A whopping 22 of those are trained by Aidan O’Brien - including Magical and Circus Maximus - while Kameko is an interesting inclusion for the Andrew Balding team.

Greg Carpenter, Racing Victoria Executive General Manager, commented: "There is incredible diversity in the list of entries, which pleasingly represents all states of Australia and lots of star power, so the foundation is there for a race befitting such an historic occasion.

"The quality of international entries remains strong despite the current COVID-19 restrictions and the next month will ultimately determine whether these internationals horses can compete in the 100th Cox Plate."