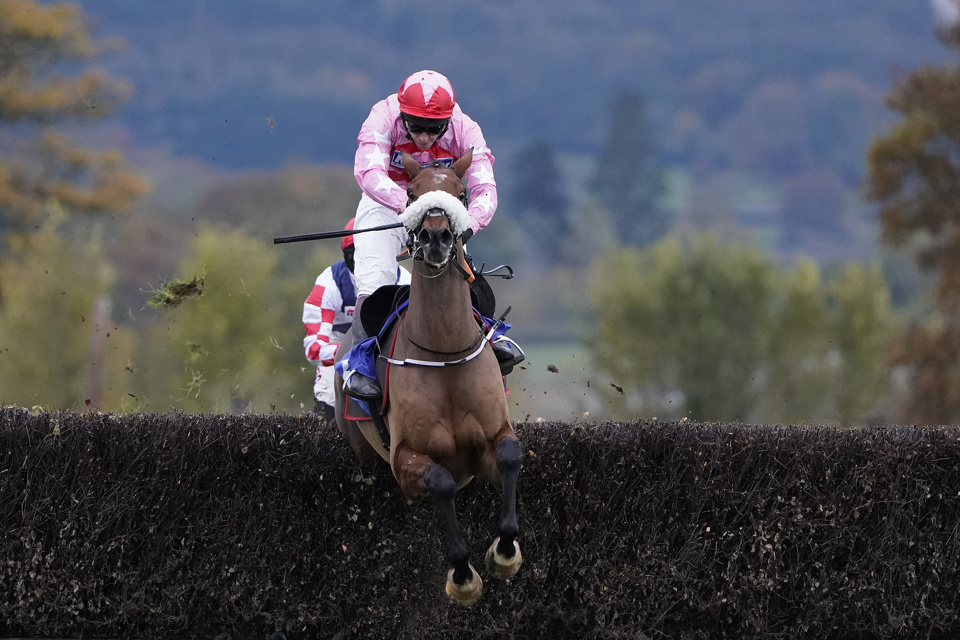 The form of Brewin’upastorm's Carlisle win is working out really well.

Following the release of the entries for this year’s Arkle Trophy, Dan Harrold has taken a look at the field and picked out his best ante-post bet at this stage…

With just over seven weeks to go until the Cheltenham Festival, a total of 38 horses have been entered for the second race on Tuesday’s card, the Grade 1 Arkle Trophy - and as is normally the case with the novices, several have multiple entries.

A grand total of 17 of the entries are Irish-trained, while the rest are trained in Britain with the exception of the French raider Matfog. Perhaps unsurprisingly, it is an Irish runner who tops the betting in the form of the unbeaten Notebook, who’s widely available at around the 7/2 mark. Trained by one of the best around in Henry De Bromhead, he has been a revelation since graduating to the larger obstacles, winning each of his three starts to date. The latest of those came in Grade 1 company at Leopardstown on Boxing Day, when defeating Fakir D’Oudairies pretty cosily despite having to concede 7 lb. Admittedly, the result was something of a minor surprise considering the disparity between the pair in the market, however there ought to be more to come yet from Notebook and he’ll prove a tough nut to crack.

The current second favourite is the aforementioned Fakir D’Oudairies, who also has an entry in the Marsh Novices’ Chase, but the betting seems to suggest that this is the likelier port of call. A smart juvenile last term, he’s shown plenty of ability over fences so far, building on a winning debut at Navan in November to win the Grade 1 Drinmore Novice Chase at Fairyhouse a month later. He has work to do to turn the Leopardstown form around with Notebook, given he will now be racing off level weights as he is now a five-year-old, but he’s a slick jumper of his fences and certainly isn’t out of things.

Next in the market are two of the Willie Mullins contingent, namely Cash Back and Melon, who both priced at around the 10/1 mark. The former has looked useful on his two chase starts to date, wining readily from the front on both occasions. He will likely face competition for the lead in this, and has no course form, but it’s highly unlikely we’ve seen the best of him yet. Meanwhile, Melon is a rather hard horse to weigh up. He was comfortably beaten on chasing debut by Fakir D’Oudairies, however it’s worth noting that he had to give the winner 8 lb that day, and opened his account at the second attempt at Leopardstown last time out. He looked beaten before narrowly prevailing late on that day, meaning he would have plenty to wind here, it’s worth noting that he has an excellent record at the Festival - finishing second in the 2017 Supreme and back-to-back renewals of the Champion Hurdle - and it would be no surprise should he be right in the mix once again if heading here.

Another who’s prominent in the betting is Brewin’upastorm, and it isn’t difficult to see why. The form of his win on debut at a beginners’ chase at Carlisle in October is working out particularly well, with the runner-up Good Boy Bobby winning since, while Midnight Shadow and Global Citizen were third and fourth respectively, and have both gone on to win Grade 2 contests. Brewin’upastorm has since followed up in a novice contest at Taunton, and his price of around 10/1 looks rather juicy given the regard that his trainer Olly Murphy holds him in, and the level of form under his belt already. Meanwhile, Global Citizen was much improved when striking with an all-the-way success in the Wayward Lad Novices’ Chase at Kempton last month, and he’d also have claims on the back of that providing his over-exuberance doesn’t cost him.

Brewin'upastorm gets up on chase debut!

Also worthy of consideration from the Mullins camp is Bapaume, who was a fine fourth in last season’s Stayers’ Hurdle. He got off the mark at the second time of asking win a minor event at Naas last month, and although he will surely improve again, he would need to improve a fair bit to trouble some of these at the business end - for all that he boasts a strong record at Cheltenham.

Two more worthy of a mention are Espirit Du Large and Mister Fisher. The former won the renowned Grade 1 Henry VII Novices’ Chase at Sandown on his latest start last month, beating what looked a pretty solid field. He is clearly on the upgrade, and can’t be discounted if building on that, though the fact he has yet to run here is a slight concern. There are no such concerns with Mister Fisher, who opened his chasing account over two and a half miles here last month and is definitely worth a second look, though it’s worth noting he also holds an entry in the Marsh.

In summary, the Arkle looks particularly wide-open at this stage, meaning it’s perhaps best to side with one each-way. The one who makes the most appeal is Brewin’upastorm, who has progressed really well in his two starts to date over fences, and his experience at last year’s Festival should stand him in good stead. Admittedly, he could yet head to the Marsh instead, but there’s plenty of value about his price in the ‘non-runner no bet’ markets, and he looks worth backing each-way.