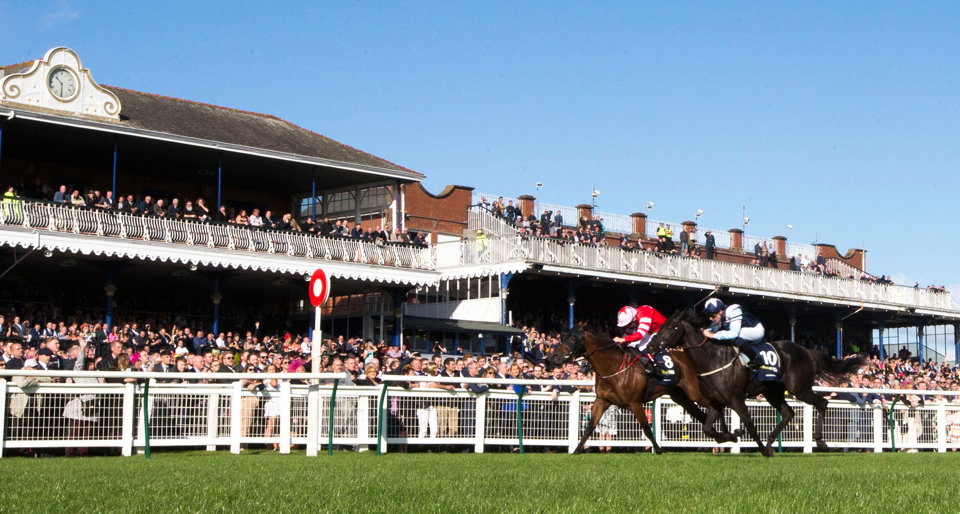 A huge field will go to post for the Ayr Gold Cup on Saturday afternoon at Ayr racecourse and the in-form Khanjar is a red-hot favourite for the 6f contest, but our man Steve Chambers is taking on that charge with a much more attractive betting proposition, who is a former Group winner at her best...

Three wins from six career starts has seen the William Haggas-trained Khanjar make a great start to his career and having won at Ripon impressively he then went and ran well at Newmarket next time out when finishing third. However, it was his victory at Haydock Park last time out in handicap company that showed that he could be a real classy performer, and while he will need to carry a 6lbs penalty for that success he shaped like he's more than capable of defying that mark. He will face his stiffest opposition in this event, but he is still likely to continue improving as the season progresses, but the current 4/1 on offer with the bookmakers is a little skinny in a race jam-packed with talent.

Last year's winner Bielsa is bidding to win back-to-back renewals of the event, but the 10/1 chance has been struggling of late, however, does line up off a solitary 1lb higher mark in this year's event, so can't be completely ignored as he will excel in this sort of event. Old stager Summerghand was eighth in this race last season and is a real regular in these events, and the 10/1 chance showed when winning at York two starts ago that the fire still burns bright, but he failed to follow up last time out, and he could well be in the handicapper's grip.

The Michael Dods-trained Commanche Falls will attempt to win his second valuable sprint handicap of the season, as the mightily impressive Stewards' Cup hero will look to follow up here. Available at 12/1, at the time of writing, the five-year-old nearly followed up next time out at York when finishing second and lines up off the same mark here. But, he failed to land a blow in this last year when seventh off a mark of 105, so 109 could just stretch him.

John Quinn's Mr Wagyu (14/1) finished third in this race 12 months ago and will attempt to build on that effort here and he was last seen running well at the Curragh when finishing third, but he's off a 5lb higher mark in this year's contest, so will have a harder task on his hands.

The likes of Gulliver and last time out winner Fivethousandtoone are regulars in top sprint events and both are available at 14/1 and have to be considered, but the one to take on the favourite with is the 16/1 chance VADREAM, who could have an element of class about her. Lining up for Charlie Fellowes, the four-year-old ended last season with a fine win in the Group 3 Bengough Stakes at Ascot before returning to the Berkshire track on British Champions Day and finished fifth in the Group 1 Sprint Stakes that day.

If she can emulate that sort of run now dropping back to handicap company then the 16/1 on offer is mind-blowing as off a mark of 105 she looks to stand a magnificent chance. However, she's yet to taste victory this season and having finished way down the field in the Group 1 Platinum Jubilee Stakes at the Royal meeting in June she then went and ran poorly at Deauville. More encouragingly she showed signs of improvement last time out when second in a Listed event at Newmarket over six furlongs, and if she can produce that sort of run then she has to be a major player here and she can make the frame.

Some others that could outrun their lofty odds include 18/1 shot Popmaster, who finished second in the Wokingham Stakes earlier in the season at Royal Ascot and has the talent to go close, while Admiral D (25/1), Documenting (33/1) and Lucky Man (40/1) could play a notable role in what is a real punting head-scratcher north of the border.