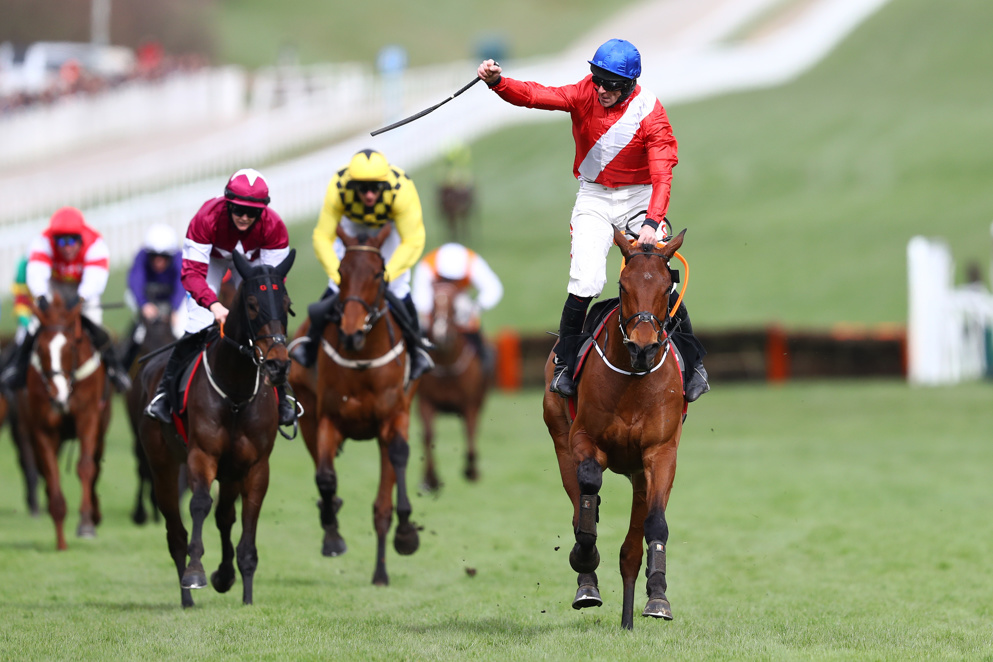 The Ballymore Novices' Hurdle has been the springboard to greater things for many of the most promising novices in previous seasons, with high class winners such as Istabraq, Faugheen and Envoi Allen amongst the highest profile winners. Last season's victor Sir Gerhard could yet have a glittering career ahead of him and whoever claims the 2023 title will surely feature prominently in the betting for big open company races either over hurdles or fences next season.

Unlike in the novice chase division of 2023, the entries for the novice hurdles at Cheltenham look a much healthier number at this stage. The Ballymore, unsurprisingly some would say as it is at the intermediate distance, is the race with the most runners still left in with a whopping 98 entries at this point.

Leading the market is Challow Hurdle winner Hermes Allen for Paul Nicholls at around the 3/1 mark. He was impressive on New Years' Eve at Newbury in the prestigious Grade 1 contest and although the form is questionable and the record of Challow winners in this race is a concern, he deserves his place atop the betting. Closely following him is another horse who notched an impressive win recently, Impaire Et Passe. Trained at Closutton by the king of Cheltenham Willie Mullins, his participation in the race is far from certain due to his all conquering trainers raft of options in all the novice races. His win in a heavy ground Moscow Flyer hurdle over 2 miles at Punchestown was a classy performance and had rider Paul Townend purring post race, so whichever race he heads to he will be one of the market leaders

Champ Kiely bounced back and exacted revenge on Irish Point in the Lawlor's Of Naas Novice Hurdle at Naas in early January. Both horses have kept their entry for this race and the price discrepancy could raise some eyebrows since it is 1-1 in meetings so far, however it is Champ Kiely who looks the better proposition going forward for Willie Mullins once again. Mullins also has the next runner in the betting in Gaelic Warrior, a seriously well handicapped horse in last year's Boodles and arguably only beaten by inexperience on the day. He still ran a fine race in second and showed his ability, which he has clearly retained judging on this season's runs. If he is routed this way he will be vying for favouritism on the day.