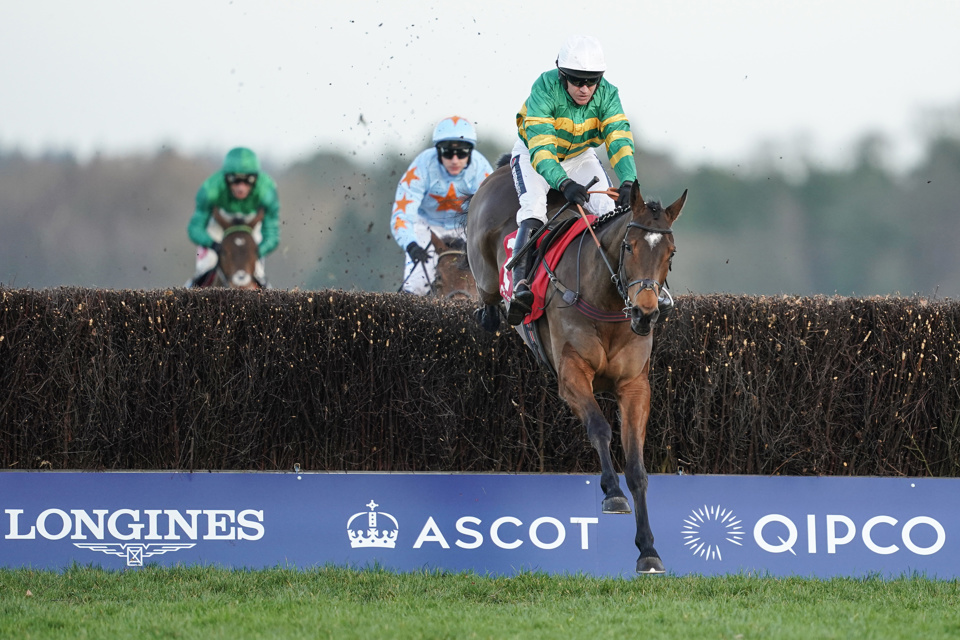 Barry Geraghty had been J.P. McManus' retained rider since June 2015.

Following the news that leading Jumps jockey Barry Geraghty has retired from race riding, we've taken a look at five contenders to replace him as J.P. McManus' retained rider.

It's no surprise to see Mark Walsh as the odds-on favourite to land the role, bearing in mind that he has built up a good partnership with McManus over the past few years. Walsh tends to have first choice of the McManus runners on the other side of the Irish Sea, and he and McManus have teamed up to good effect in recent years, partnering the likes of Sir Erec, Fakir D'oudairies, Carlingford Lough and Espoir D'Allen to victory in Grade 1 contests on both sides of the Irish Sea.

Indeed, Walsh rode a winner for McManus at Cheltenham this year, on board Aramax in the Fred Winter, though his trips over to Britain are generally pretty limited. There's no doubting that he is an excellent rider, but this would be a particularly significant move for Walsh to make at this stage of his career as a 34-year-old, and bearing in mind the strong position he already has over in Ireland, it would be no surprise should he decide to stay put.

Coleman is an established name in the weighing room - and one of his more notable partners is perhaps the Emma Lavelle-trained Paisley Park, with whom he achieved seven straight victories, winning the Stayers' Hurdle in 2019. McManus is already particularly familiar with Coleman, too, bearing in mind that he has ridden more winners in the green and yellow silks in Britain than any other jockey over the past five years apart from Geraghty.

Those rides have included victories on high-profile names such as Epatante and Champ, while he has ridden three winners at the Cheltenham Festival, most recently with Put The Kettle On in this year's Arkle Trophy. The 31-year-old is arguably at the peak of his powers, and the time could be right for him to take on such an important role.

The first mare to win the Arkle for 40 years!

Put The Kettle On makes it five from six over fences and memorably triumphs in the Racing Post Arkle for @HenrydeBromhead 👏 @AidanColeman #CheltenhamFestival https://t.co/4hm0Bq8pTm

Jonjo O'Neill senior has enjoyed a longstanding partnership with J.P. McManus, training Don't Push It to victory in the 2010 Grand National, so it comes as no surprise to see his son Jonjo O'Neill Jr. linked with the role. The 22-year-old has quickly  marked himself out as a rising star in the weighing room, being crowned as last season's Champion Conditional having picked up an impressive tally of 61 winners from 348 rides.

O'Neill has already proven that he's more than capable of holding his own on high profile rides, too, picking up a quickfire treble of Graded wins on Native River, Copperhead and Mister Malarky for Colin Tizzard back in February. The appointment of O'Neill would very much be a long term one given his age, and he rates as a particularly interesting alternative to the front-running pair of Mark Walsh and Aidan Coleman.

Could Jonjo O'Neill Jnr take the JP McManus role? The young jockey is admirably focused on riding winners at the minute, including in the Green and Gold silks! @Catters61 https://t.co/y4FtkCQ1La

It's interesting to see Nico de Boinville available at such a short price with Hills, particularly when you bear in mind that McManus opted to replace A.P. McCoy with Nicky Henderson's stable jockey the last time he had to make this decision. In de Boinville he would be getting one of the top riders on the circuit at the moment, something he has shown time and time again by partnering the likes of Altior, Might Bite, Pentland Hills and Shishkin to top level success.

McManus seems to have a preference of giving the role to high profile names judged by the previous appointments of McCoy and Geraghty, and bearing in mind that they veteran jockey Richard Johnson likely only has a couple of seasons left in him at this stage, de Boinville would certainly tick that box.

The mighty Altior does it again @Sandownpark - a record 19 successive wins over jumps!

A bigger-priced alternative for McManus to consider is Gavin Sheehan, who enjoyed one of his best ever seasons last term with a tally of 70 winners - just three shy of his highest tally in a campaign which was ultimately cut short. Sheehan doesn't always get the opportunities he perhaps deserves, but he has certainly taken advantage when attractive rides are handed to him, riding Itchy Feet to an emphatic success in the Grade 1 Scilly Isles Novices' Chase at Sandown in February.

Sheehan is a four-time winner at Grade 1 level - with the most high-profile of those perhaps being Cole Harden in the 2015 Stayers' Hurdle - and the 27-year-old will almost certainly feel ready to push on with his career - and he would certainly be a lively outsider for the role.