You are using an outdated browser. Please upgrade your browser to improve your experience.
This website uses cookies
Cookies help us and our partners provide statistics. By browsing this website, you consent to the use of cookies in accordance with our Cookies Policy.
Accept & Close
Naps Table Templegate Tips Robin Goodfellow Tips Newsboy Tips Rob Wright Tips
By Billy Grimshaw

Bet365 Gold Cup Entries: Check out the likely runners for the Sandown showpiece 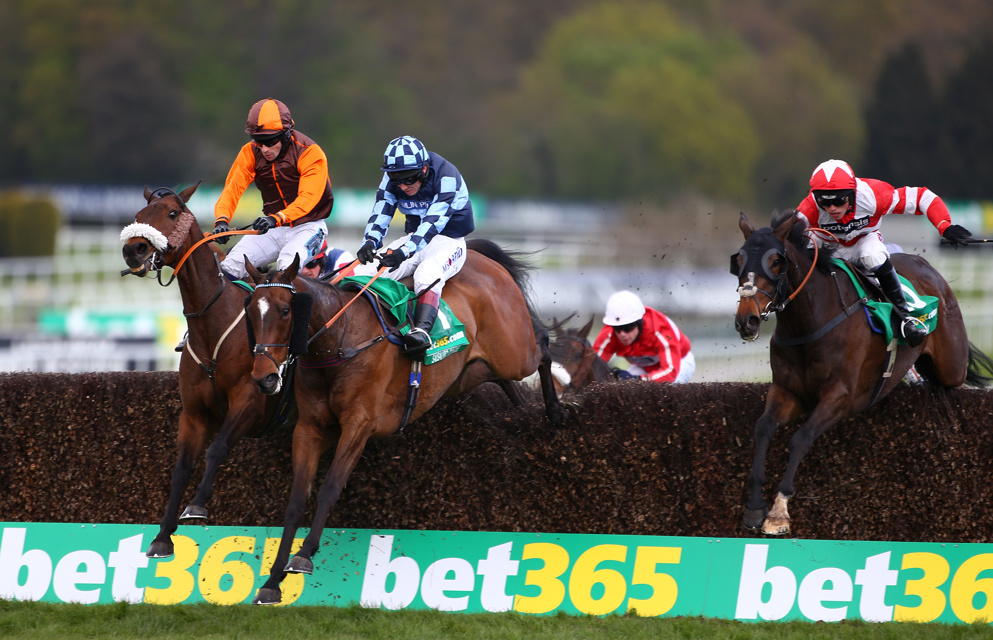 The Bet365 Gold Cup is always a hotly contested race

Twenty six runners are still left in contention to run in Saturday's feature race at Sandown, the Bet365 Gold Cup. There are some big names and horses who have had stellar seasons so far involved in the field, which will be limited to a maximum of twenty. We've taken a look through the early entries here...

Beginning at the top of the market, a familiar face to racing fans who have been paying attention to staying contests in 2022 awaits in Kitty's Light for Christian Williams. Last seen when a gallant second to stablemate and potential re-opposing rival Win My Wings in the Scottish Grand National, some may be surprised to see that Kitty's Light is fancied by the odds compilers to reverse form with the mare. However, the prices can be explained by a huge swing in the weights in favour of the ante-post favourite. Kitty's Light carried 11 stone 8 to second place while Win My Wings won with just 10 stone 12 on her back. In this contest it will be Win My Wings carrying top weight and in total it will be a 12lb swing for the seven lengths she won by up at Ayr. His connections of course felt hard done by last year when he was interfered with by the first past the post horse yet was not awarded the race in the stewards' room, and few would begrudge him making amends this campaign.

Splitting the two Williams' runners in the market is the horse who caused such drama in last year's renewal, Enrilo for Paul Nicholls, a trainer who often targets this meeting to tie up the trainers' title. He was sent off 7/2 favourite for this contest last season and was first past the post but seriously interfered with Kitty's Light and so was demoted to third place. He was only seven last year and maybe it was the inexperience which made him act so unruly, but at the age of eight he could easily have improved throughout this campaign and his trainer has confirmed he has been aimed at this from a long way out. Corach Rambler is next in the betting and comes here off a phenomenal win in the Ultima Handicap Chase at the Cheltenham Festival. Lucinda Russell will be hoping for a repeat performance and if he can jump as well as he did at Prestbury Park he will be bang there come the finish, providing he takes his chance as connections have intimated he may swerve Sandown for Punchestown if the ground is too quick.

Last season's winner Potterman is back to defend his crown for the Alan King team and after starting this season disappointingly, he bounced back to form after wind surgery and a break last time out at Kelso. He is of course set to carry more weight than he did last year and may be outclassed by some new rivals but has big place claims. Christian Williams is launching a three pronged attack with his two market leaders joined by Cap Du Nord. He is no back number and has a likeable looking profile for this race and with Williams' expertise at priming these stayers it would shock no one to see Cap Du Nord run a big one.

Flegmatik for the Skelton team looks one set to love the likely ground and comes here on the back of two promising wins, but has never tried a trip this testing so could be a risky proposition for punters. Musical Slave, Tea Clipper and Chambard are three more runners with interesting profiles, particularly the latter named as he has had an incredibly profitable season with a sequence of 111221 so far this campaign. Of the outsiders, Domaine De Lisle and Achille seem a tad overpriced at their current odds but this promises to be a wide open betting heat and hopefully a thrilling spectacle at the Jumps Season Finale fixture.