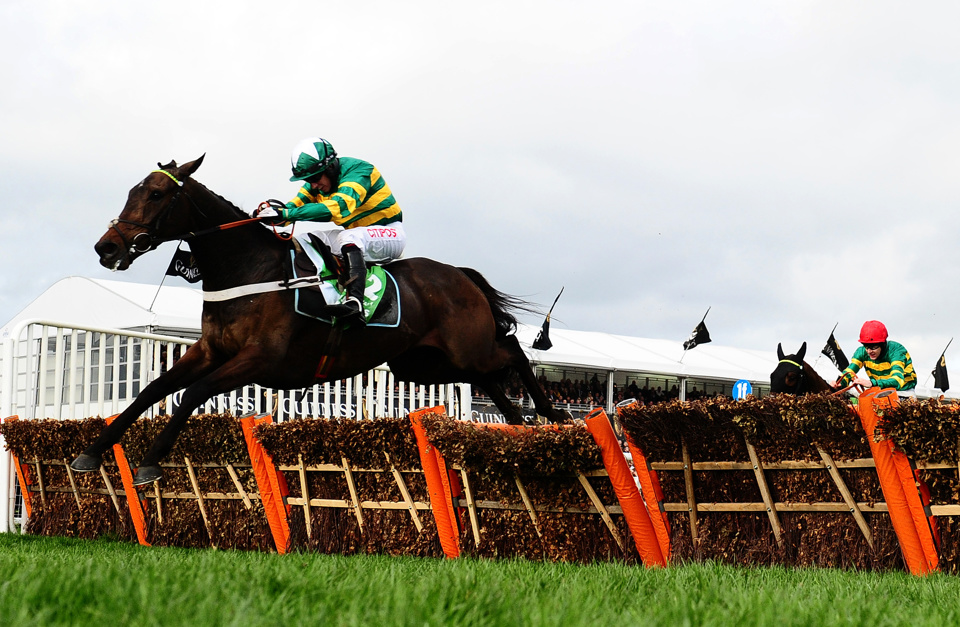 Following the confirmation that two-time Champion Hurdle winner Buveur D’Air is back in training with Nicky Henderson, we take a look at how big an ask regaining his crown could prove to be…

This bizarre year has crawled by at the best of times, though the return of winter Jumps racing is slowly edging closer, and, rather remarkably, we’re now less than six weeks away from the Charlie Hall Chase at Wetherby.

Indeed, the vast majority of National Hunt horses will have returned from their holidays at the beginning of last month, and they will now be joined by Buveur D’Air, who was confirmed to be back at Seven Barrows by Nicky Henderson in his Unibet blog on Saturday.

It’s been a long road to recovery for Buveur D’Air, and such was the freakish nature of his injury that just getting him back to full health has to be considered as an achievement in itself. The nine-year-old was forced to have surgery after returning home from last year’s Fighting Fifth Hurdle with with a splinter of wood in his foot, and having spent almost a year on the sidelines, he returns to a vastly different-looking division to the one he departed.

Henderson has confirmed that his two-time Champion Hurdle winner will attempt to regain his crown all being well, and with that in mind, we’ve taken a look at the stats to see just how tough a task that could prove to be.

Age is a rather important number

By the time next year's Cheltenham Festival rolls around, Buveur D'Air will be ten, which makes him a veteran as far as top level hurdlers are concerned. Indeed, only two ten-year-olds have ever won the Champion Hurdle since the race's inception back in 1927 - Hatton's Grace (1950) and Sea Pigeon (1980). However, it is worth noting that both of those horses did go on to retain their crown the following year - which shows that while it's a difficult ask, it can certainly be done with the right horse.

As a previous winner of the race in 2017 and 2018, Buveur D'Air would have to equal several pieces of history if he is to triumph next March. Along with becoming just the third ten-year-old to win the Grade 1 contest, he would also become the third horse to regain it, a feat which only Hurricane Fly (2011 & 2013) and Comedy Of Errors (1973 & 1975) have managed thus far. Furthermore, he would become the joint winning most horse in the history of the race with three wins, alongside Hatton's Grace, Sir Ken, Persian War, See You Then and Istabraq.

The route to Cheltenham may be an unorthodox one

In Buveur D'Air's absence, a certain Epatante stepped into the spotlight for both Seven Barrows and J.P McManus, meaning that Henderson has something of a headache if he is to keep them apart before the Festival. In his blog, Henderson made it clear that Buveur D'Air was a long way behind the rest of his string, and he would likely be aimed at the International Hurdle in December as a consequence. This would clear the way for Epatante to run in the Fighting Fifth in late November, followed by the Christmas Hurdle the following month. If she was to then follow the same path as 12 months ago, we may not see Epatante again until March, meaning that there could be some wiggle room in the new year for her stablemate.

Should Buveur D'Air run in the International Hurdle, he'd be taking his chance in a race which doesn't have the strongest of track records in terms of serving as a pointer for the Champion Hurdle, as only three horses have gone on to win at the Festival in the same season. However, Sandown's listed Contenders Hurdle in February, which Buveur D'Air has won on three occasions, has proved much more fruitful - and by our reckoning seven winners of that race have followed up at Cheltenham the following month. Finally, another race which could come onto his radar is Haydock's Champion Hurdle Trial in January, which to date has provided just one winner of the big race (Flakey Dove in 1994).

He will have a whole new division to conquer

Two years is a long time in horse racing, and the two-mile hurdling division looks a lot different to the one that was firmly in Buveur D'Air's grip when he won the Champion Hurdle for a second time in 2018. Of course, we'll never know whether he'd have won the 2019 renewal of the race, having fallen a long way from home, though even that form feels rather dated now - with the winner Espoir D'Allen sadly suffering a fatal injury.

Indeed, of the 19 unique horses that Buveur D'Air defeated in the 2017 and 2018 renewals of the race, only two have a conceivable chance of even lining up at next year's Festival (Brain Power and Petit Mouchoir). Instead, he will have to duel with a whole new collection of rivals, which includes his stablemate Epatante, who was an emphatic three-length winner of the race in March. Potentially joining her in the mix are fellow mares Honeysuckle and Benie Des Dieux, both of whom are rather wasted in the Mares' Hurdle, and a breakthrough star in that sphere could see one or both of that pair switch here. The division certainly feels rejuvenated, and several promising novices and juveniles from last season could be in the mix this time around, including the Supreme Novices' Hurdle one-two Abracadabras and Shishkin, the Ballymore winner Envoi Allen (though he is reportedly going novice chasing) and the hugely exciting four-year-old Goshen.

In summary, we certainly can't rule out Buveur D'Air, particularly if he's able to get back to his best, though both history and his current price of 16/1 for the Champion Hurdle tells us that he has an awful lot on his plate if he is to regain his crown.