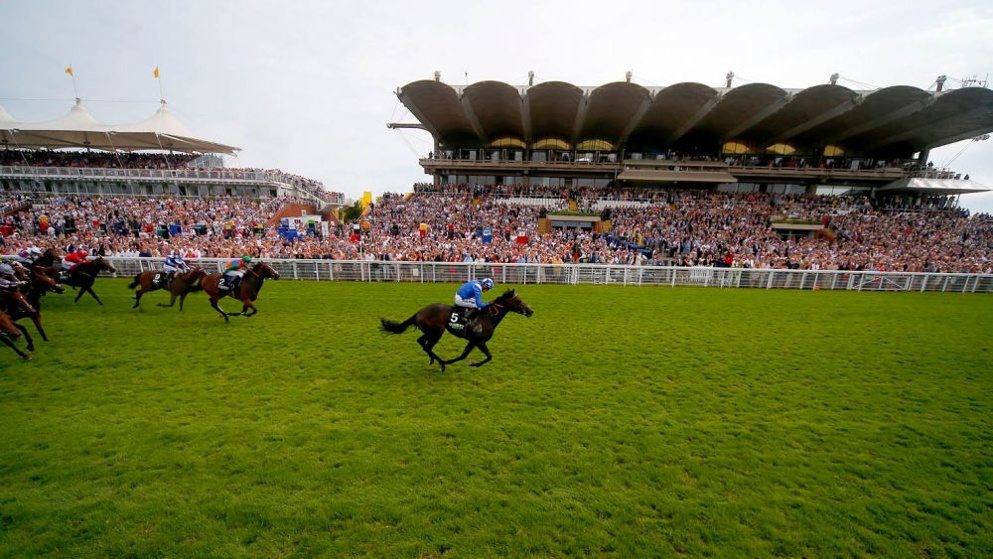 Check out our Celebration Mile preview and tip here.

We only have five horses going to post for the Group 2 Celebration Mile at Goodwood on Saturday afternoon, and while the race looks to be devoid of any significant strength in depth the entire quintet will line up thinking they can claim victory, and our man Steve Chambers tries to point you in the right direction of the winner here...

Having won at Haydock Park prior to lining up in last year's Celebration Mile, the Charles Hills-trained MUTASAABEQ failed to fire at the south coast track as he finished a disappointing eighth of nine. However, he's back for another crack at the eight-furlong test and this year's event looks considerably easier on paper and he looks the one to beat and has been installed as the 11/10 market leader.

He's been a real model of consistency this campaign as having kicked off the season with a win at Thirsk he then went and finished a fine second in the Group 2 bet365 Mile at Sandown Park, where he was beaten a neck by Lights On. Third in the Diomed Stakes at Epsom two starts ago, the son of Invincible Spirit then went to chase home Chindit in the Group 2 Summer Mile at Ascot, and that is excellent form.

If he can replicate those few runs, which is top notch Group form then the Hills raider should have far too much for his rivals here, and he can prove to be the class above in a race that should see the cream rise to the top.

Simon & Ed Crisford trained Century Dream to victory in this race back in 2020 and that training duo could cause the most problems for Mutasaabeq, as they will saddle a dual-pronged attack at the 2022 race and the pair will be spearheaded by the 7/2 shot Jadoomi. Third in a Listed event at Newmarket at the end of last season, the Holy Roman Emperor gelding kicked off this season with a win at Clairefontaine, where he bagged a Listed win. Now returning to British shores he will put that South African form under the spotlight and while this is likely to be tougher he does head to Goodwood in excellent form and has to be respected.

A former runner-up in the Britannia Stakes at Royal Ascot, Finest Sound has struggled to kick on to bigger and better things for the Crisford team, but the 15/2 chance was a winner at Thirsk two starts ago, and was last seen finishing a decent second to Alflaila in the Strensall Stakes at York's Ebor Festival. He will make a quick reappearance here, so will need to show those exertions on the Knavesmire haven't taken too much out of him, but he will add a little more depth to the challenge the Hills hotshot has to face.

Completing the five-strong field will be Escobar (11/2) and Stormy Antarctic (10/1) and the former was last seen finishing a narrow runner-up in a hugely competitive handicap contest at York just over a week ago and he could be one that produces his best work in big-runner fields. A former Craven winner in his youth, Stormy Antarctic was last seen finishing a well beaten third in a Listed event at Goodwood, and he could be one that needs some more wet stuff to fall to produce his best work in a race that can see the favourite land the spoils.