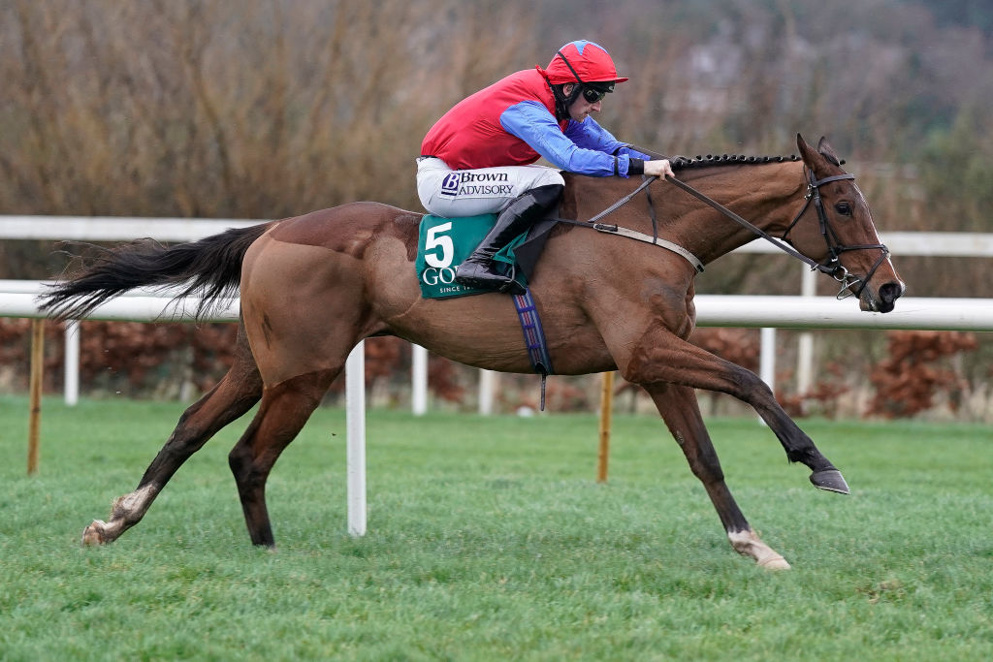 The bookender of Day Two of the Cheltenham Festival is the Champion Bumper and this season there are a few in the field who could go on to be racing royalty as they advance through the ranks. All the familiar faces are represented and Willie Mullins in particular looks to have an extraordinarily strong hand...

Last season's Champion Bumper saw two exceptional horses streak away from the rest of the field and if the market is to be believed the same could happen again in 2022. Firstly, Facile Vega from the Willie Mullins yard looked every inch a future jumping superstar just like his mare Quevega when romping to victory at Leopardstown in the Grade Two Goffs Future Stars Bumper back in January. The style with which he cruised through the race marked him as something out of the very top drawer and everyone at Closutton, particularly his trainer, seem to think he is destined for the upper echelons of racing. There is always a Mullins hype horse coming into the Champion Bumper every season, however the winner often comes in the shape of one of his other runners. Ferny Hollow was 11/1 behind short priced Appreciate It back in 2020 but defeated his more fancied stablemate while last season second favourite Sir Gerhard, under a masterful Rachael Blackmore, defeated favourite Kilcruit.

Redemption Day is the next Closutton clan member in the market and there have been whispers that Patrick Mullins believes he is the best bumper horse in the yard. At almost five times the price of Facile Vega he makes plenty of each way appeal in this race and if offered a wager on a Mullins inmate he would be the pick. However, this season's Champion Bumper has another potential superstar in the field and it is a horse I feel is overpriced due to the hype surrounding the current favourite. AMERICAN MIKE created a serious impression on debut for Gordon Elliott at Down Royal and confirmed his promise with a stunning visual and on the figures success at Navan in December. Not seen since and minded for this race, he is fancied to maintain his unbeaten record and see off the Mullins challenge.

The field is predictably stacked full of mysteries but another Mullins inmate worthy of a second look is James's Gate. He was only first sighted fairly late in the campaign for his debut success at Punchestown in February but looked a horse who will be suited to the test that is Cheltenham. After the runners mentioned we venture into the realm of serious outsiders and were any of the other entrants to win this race it would mean a massive leap forward in their form or a collective disappointment from the market leaders.

It could be a race for some forecasts and tricasts if that is your cup of tea, as the Irish quarter at the head of the market seem so far clear on what we know so far and pre-festival vibes. American Mike is the one for me to leave the Mullins trio in his wake but we are certainly in for an exciting clash and can expect to see particularly the front two in the market ranking highly in next season's Supreme and Ballymore ante-post odds.