Champion Hurdle Tips: Have a Mouch on Petit 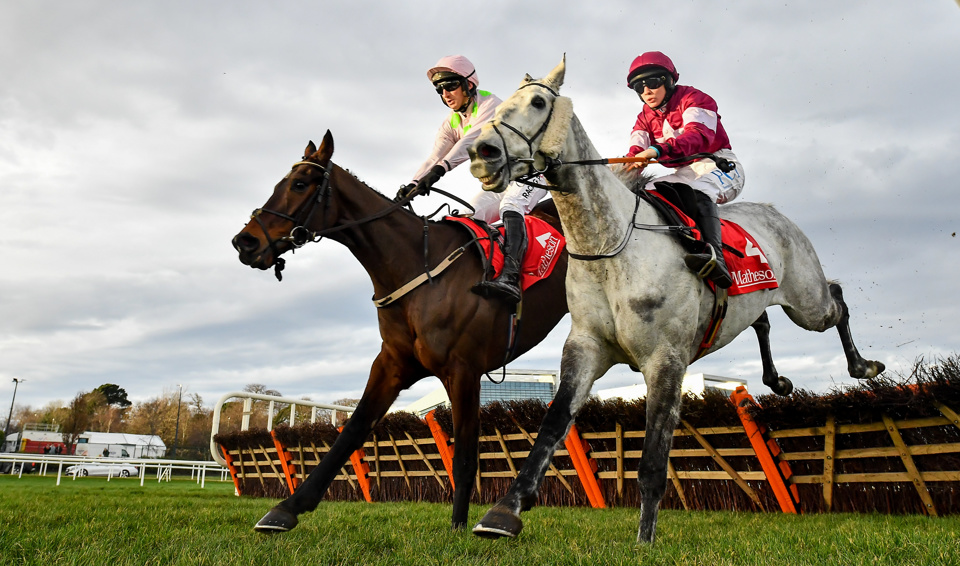 Following the release of the entries for the 2020 Champion Hurdle, Joe Tuffin has taken a look at the potential runners and picked out his best ante-post bet at this stage, a 40/1 each-way fancy…

The entries for the 2020 Champion Hurdle were released at Wednesday lunchtime, with 36 throwing their hat into the ring for the crown jewel of the hurdling division.

Sixteen of them have come from Ireland, with Willie Mullins and Gordon Elliot responsible for 11 of them (four and seven respectively), but the ante-post betting suggests that is a British-trained runner who is the one to beat, in the form of the clear 3/1 favourite Epatante. Much has been made about the weakness of this year's Champion Hurdle, and if in November you’d have said that Nicky Henderson’s six-year-old would be a 3/1 ante-post favourite at this stage of the year, then you would have probably been called mad. But, weak division or not, she probably deserves her position in the market thanks to a mightily impressive win in the Christmas Hurdle on Boxing Day. Having finished a lowly ninth in the Mares Novices’ Hurdle at the 2019 Festival, she had to bounce back this season and bounce back she has, returning to form with victory in a listed handicap at Newbury, followed by a five-length victory in the aforementioned Christmas Hurdle. That being said, it wasn’t the strongest renewal of the Kempton Grade 1 we’ll ever see, and 3/1 feels very short at this stage for a fairly unproven horse at the top level - and her flop when favourite at last year’s Festival still lingers in the memory.

Saldier is the main hope from the Mullins yard according to the betting, priced at an appealing 7/1. Running in those famous Rich Ricci colours, the six-year-old shot to the top of the market after his sole 2019 run in the Grade 1 Morgiana Hurdle resulted in a one-and-a-quarter-length success, defeating the well-fancied Klassical Dream in the process. It was his first run in open company, too, and he’s certainly an interesting runner considering that he’ll have come on plenty from that reappearance run, but again it is worth noting that his only Cheltenham run was a disappointing fifth in the 2018 Triumph Hurdle.

Seven-time winner of the race Nicky Henderson has a strong hand once again, and also likely to feature from Seven Barrows is last year’s Triumph Hurdle winner, Pentland Hills. He was shock 20/1 winner at the Festival race last term, but showed it was no fluke when following up in the Grade 1 equivalent at the Aintree Festival a month later. However, his sole run this season was a disappointing fifth in the International Hurdle over this course and distance, which raised questions over his ability in open company, and we will likely learn more about him after his next start - which could come at the weekend at Haydock.

The race is startlingly open, with all three of the main market principals having obvious questions to answer, and that theme continues with the second horse in the Mullins pecking order, Sharjah. The most experienced of the Rich Ricci/Mullins pair, Sharjah offers good form on paper, but is glaringly inconsistent at the top level. Granted, he has recorded three Grade 1 victories in his career - most notably when narrowly prevailing over Petit Mouchoir in the Matheson Hurdle at Leopardstown last time out - but it’s also worth noting that he has never finished better than eighth at Cheltenham and is prone to the odd a below-par performance. As such, there are better options at the prices for all that the 9/1 on offer looks fair.

Honeysuckle comes next in the betting at 10/1, and joins a group alongside Envoi Allen (12/1), Abacadabras (25/1), Apple’s Jade (40/1) and Samcro (50/1) who all hold entries but most likely have stronger options elsewhere. Honeysuckle is currently vying for favouritism with Benie Des Dieux in the Mares’ Hurdle, whereas Envoi Allen and Abacadabras are both short-priced favourites for the Ballymore and Supreme Novices’ Hurdle, respectively. That being said, the open nature division is such that both Honeysuckle and Envoi Allen could well be tempted to turn up and attempt to take this lucrative crown - as both boast form which would certainly make them of interest here. As such, they could be worth a play on a NRNB (non-runner, no bet) market, on the off chance connections of one roll the dice.

Last year’s Supreme Novices’ Hurdle winner Klassical Dream was strongly fancied as being next in line to the throne at the start of the start of the season, but he’s had a season to forget so far, and now finds himself as big as 10/1 for the Champion Hurdle - despite starting the campaign as the 3/1 favourite. Willie Mullins heaped praise on him in the Summer, comparing him to a certain Moscow Flyer, and that looks to be a pretty far-off assessment at this stage, although his last two runs are not without excuses. Indeed, his effort to finish third on seasonal reappearance in the Morgiana Hurdle was not devoid of promise and it is reasonable to suggest he needed the run, while his Matheson Hurdle attempt was ruined when getting absolutely everything wrong four from home and dashing any hopes he may have had of winning. He can’t be ruled out just yet, but he’s been far from convincing so far this term.

In terms of an ante-post bet at this stage, it’s probably wiser to look at the bigger prices for an each-way play. As no horse entered presents faultless form - bar Honeysuckle and Envoi Allen, who’ll likely go elsewhere - it could be worth looking at Petit Mouchoir at 40/1, who’s form isn’t far off the level of what may be needed to win this. He was a force to be reckoned with over timber in the 2016/17 season, winning twice at Grade 1 level before finishing third in this, and although things haven’t really gone to plan since he’s shown signs of a resurgence so far this term, hitting the frame at Grade 1 level the last twice. Still only nine, there’s reasons to suggest that he’s on his way back to his best, and it would be no surprise should he be good enough to run into a place at the very least. The 40/1 on offer looks generous as a consequence, and he certainly won’t start at that price if several of those ahead of him in the market head elsewhere.

Today's horse racing tips run at Hamilton on Friday. We have one bet for today’s racing at Hamilton.