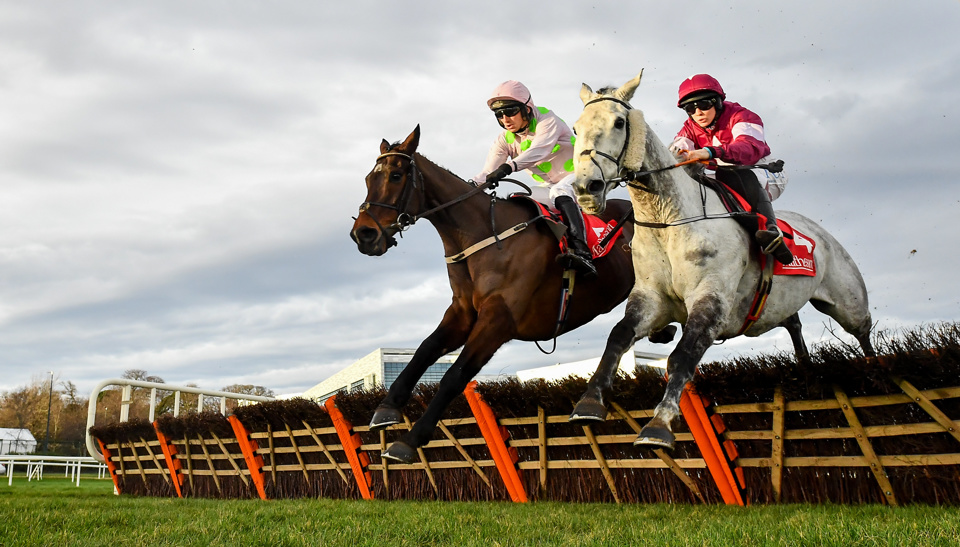 Sharjah is one of the leading Irish contenders for the 2020 Champion Hurdle.

Seventeen horses line up for the 2020 Champion Hurdle on the opening day of the Cheltenham Festival, and Steve Chambers gives you a vital guide on those horses bidding for Grade 1 glory at 3:30pm on Tuesday afternoon...

A winner of the Champion Bumper in 2016, Ballyandy warmed up for this race by beating Pentland Hills in the Champion Hurdle Trial at Haydock Park in January. Runner-up to Call Me Lord in the International Hurdle at Cheltenham in December, the Nigel Twiston-Davies-trained nine-year-old was also well beaten by Epatante in the Christmas Hurdle at Kempton Park on Boxing Day. Each-way player.

Produced a season's best when beating the aforementioned Ballyandy in the International Hurdle, but disappointed last time out when beaten at odds-on in the Contenders Hurdle at Sandown Park. Nicky Henderson's charge will be one of less-fancied ones from the Seven Barrows yard, and the Champion Hurdle trip could be a tad on the short side for him now. Vulnerable.

A promising novice chasing campaign was put on hold following a fall at Leopardstown in February at the Dublin Racing Festival. On his return to the hurdling sphere, Cilaos Emery was a hugely impressive nine and a half length winner of the Grade 2 Red Mills Trial Hurdle at Gowran Park last month, which persuaded connections to supplement him for this race. Trained by Willie Mullins, this eight-year-old is a really intriguing runner.

A fine runner-up to Pentland Hills in last year's Triumph Hurdle, Coeur Sublime has some very smart form in the book, but has often found one or two rivals too good. A Grade 2 winner at Down Royal on his reappearance run, Gordon Elliott's five-year-old was last seen finishing third to Sharjah in a Grade 1 at Leopardstown. With only two career wins out of his eight hurdles starts, he needs to improve, but at five years old there could be more to come from him yet.

Racked up a trio of victories in the early part of the season, which culminated in a shock defeat of former Champion Hurdle hero Buveur D'Air in the Grade 1 Fighting Fifth Hurdle at Newcastle. Micky Hammond's six-year-old then followed that up with a decent third behind Ballyandy in the Champion Hurdle Trial at Haydock last time out, but this his first visit to Cheltenham, and he will need a career best.

Ended last season with a brace of graded wins over hurdles, but has failed to find his best form this campaign. Last of four behind Ballyandy at Haydock in January, Joseph O'Brien's seven-year-old was then well-beaten by Cilaos Emery at Gowran Park, so is entitled to be one of the outsiders for this hugely competitive renewal.

A vast improver this season, raciking up four wins on the bounce at the end of 2019. He suffered his first defeat at the hands of Ballymore Novices' Hurdle favourite Envoi Allen in the Royal Bond Novice Hurdle, but then showed he's still on the upgrade when narrowly edged out by Honeysuckle in the Irish Champion Hurdle on his last start. Fascinating runner.

A crack juvenile that tasted Grade 1 glory at the Punchestown Festival last season, and then kicked off this season with a workmanlike success in the Grade 2 Elite Hurdle at Wincanton. However, the Nicky Henderson-trained five-year-old then suffered his first defeat when being pulled-up in the Christmas Hurdle at Kempton Park, and hasn't been seen on the track since. Questions to answer.

A solid handicapper that has been mixing the Flat with the Jumps in recent seasons for Philip Hobbs. Will be ridden by champion jockey Richard Johnson, but was well-beaten in the Betfair Hurdle last time out at Newbury, and it's hard to see him challenging for glory. He's rightly one of the outsiders in the betting as a consequence.

Ended last season with a fine win in the Swinton Handicap Hurdle at Haydock Park, but has struggled to build on that so far this season. Dr Richard Newland's raider was last of eight in the International Hurdle at Cheltenham in December and then was last finishing last of four over fences in a novice chase. A switch back to hurdles here, but he will almost certainly find this far too hot.

A 100-rated Flat performer that has blossomed over hurdles for Hughie Morrison. Two wins over timber at Ascot in November and December showed his potential in the National Hunt sphere, but he failed to make it a hat-trick when fluffing the start in the Betfair Hurdle at Newbury and finished down the pack. He's better than that run, but a step into top-class company will see him need to improve immeasurably.

Dominant in the juvenile division last season - winning the Triumph Hurdle at the Cheltenham Festival and the 4-Y-O Juvenile Hurdle at Aintree - but has failed to kick on for Nicky Henderson this campaign. The Seven Barrows in-mate was fifth in the International Hurdle in December, before finishing second in the Champion Hurdle Trial at Haydock. However, a return to Prestbury Park in better ground could see him bounce back, and he is one of the leading contenders.

Third in the 2017 Champion Hurdle, Petit Mouchoir is one of the more battle-hardened challengers bidding for glory. He's since competed in the 2018 Arkle (third) and 2019 Stayers' Hurdle (14th), but this campaign he has shown signs of getting back to his best. Henry de Bromhead's nine-year-old has contested three Grade 1 events in his last three starts - finishing second twice and third once - so he has to be a notable each-way player.

Brought down in last season's Champion Hurdle, Sharjah returned to his best when storming to victory in a Leopardstown Grade 1 race in December, but then failed to land any sort of blow when sixth in the Irish Champion Hurdle last time out. The Willie Mullins-trained seven-year-old has shown on his day he can deliver on the big stage, so he has to be a major threat to the market leaders if arriving on song.

Put in a huge effort to finish third in last season's Champion Hurdle, when sent off 80/1, but while his consistency isn't questioned, he may just lack the class to deliver here in a deeper renewal. His effort to finish third in the Fighting Fifth Hurdle in December was followed by a drubbing from Epatante in the Christmas Hurdle, and it's hard to see him reversing the form here.

Making his sixth start at the Cheltenham Festival, the former Coral Cup winner is the oldest runner in this year's Champion Hurdle. Jessica Harrington's ten-year-old ended last season with a fine win in the Grade 1 Aintree Hurdle, but was no match to Honeysuckle in the Irish Champion Hurdle last month. The veteran will put up a bold fight, but may just find a few younger rivals a little better on the day.

Star mare that rocketed to Champion Hurdle favouritism when cruising to a five-length win in the Christmas Hurdle at Kempton Park on Boxing Day. With four wins out of five over timber while under the stewardship of Nicky Henderson, Epatante will gain a notable sex allowance for being the only mare in the race, but her only defeat under Henderson's watch came in last year's Mares' Novices' Hurdle at the Cheltenham Festival, so a return to Prestbury Park may leave a cloud hanging over her.