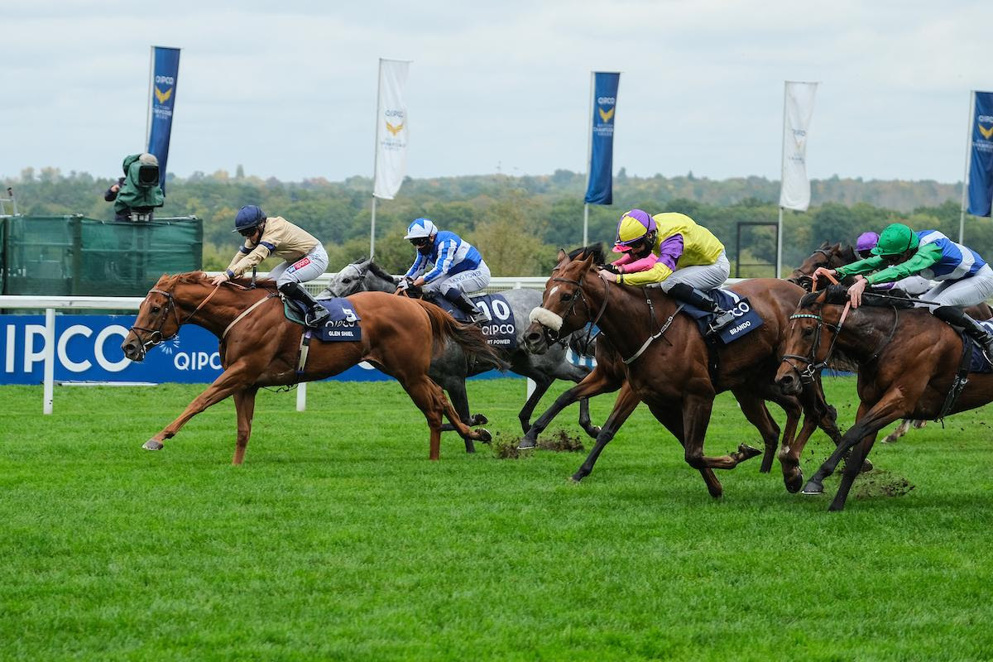 Glen Shiel was a winner on this card last year.

Joe Tuffin selects three each-way plays for Saturday's action on Champions Day, including one at a big price in the Champion Stakes...

Andrew Balding’s four-year-old hasn’t been seen much since finishing second in the 2020 St Leger to Galileo Chrome, running only three times including a trip to Doha in February, and was last seen on these shores finishing second in a Class 2 event at Salisbury. That’s not form I’d take at face value however as it was after returning from a 202 day layoff, and jockey Jason Watson had to interrupt his drive to the finish when the winner came across him in the closing stages.

A winner at Ascot on soft ground just over 12 months ago, Berkshire Rocco is a hugely admiral sort who is yet to finish outside the top four, and with fitness surely on his side after only one run this year, especially compared to the aforementioned race favourites plus Princess Zoe who ran a heavy ground 2m4f Prix du Cadran just two weeks ago, he can continue to showcase his consistency by upsetting the odds and landing a blow at a very easy to back 14/1.

A horse who has not really had the finest year, Glen Shiel will be looking to record back-to-back wins on Champions Day with success in the Sprint Stakes on Saturday, and at around the same price as he was last year, may be worth a punt to do just that.

Looking at his form coming into this race this year compared to last, it is certainly eyebrow raising that they at the same price, but I think hindsight tells us he was certainly more overpriced last year than he is underpriced this year, but his 2021 form isn’t to be sniffed at. Both his 6th in the Group 1 July Cup and 10th in the Sprint Cup can all be written off as both came on ground far too fast for him, with the seven-year-old yet to ever win on ground that doesn’t have soft in the description, so attention turns to his other form, namely a length-second at the Royal Meeting in the Jubilee Stakes. There was plenty to like about this form, especially in beating the Saturday favourite Art Power who was nearly a length back in third. Conditions are likely to be similar on Saturday as to what they were that day, and out of the two of them - only one knows how to win a Group 1, let alone a Group 1 at Ascot.

Other runs in the Prix Maurice de Gheest and latterly, notably, in the Group 3 Bengough Stakes over C&D last time out have been below par, but at 14/1, he has to be worth a punt to put that behind him and do what he did last year in similar conditions, in what looks a much weaker renewal of the race, where he has already had the measure of the favourite who is trading at 4/1.

Al Aasy looked to have the world at his feet at the start of the season when he, and it’s an overused term, but in this case he did quite literally canter to victory in the John Porter and Aston Park Stakes, but after a narrow second in the Group 1 Coronation Cup to Pyledriver, followed by an equally as narrow second in the Group 2 Princess Of Wales’s Tattersalls Stakes, he was sent off to be gelded and missed a large chunk of the season. He returned from his 72 day lay off at Newbury where he ran a stinker and finished fourth as the odds on favourite, but that could possibly be forgiven given the three-month break.

When you look at his form earlier in the season though there is seriously a lot to like about it, and we’re only two neck seconds away from his form reading 11114 for the year with Group 1, 2 and 3 honours under his belt. I know of course as the saying goes, if my grandmother had wheels she would be a bike, Al Aasy did not win these races and his form instead reads 11224, but the point I’m making is that his form is seriously impressive and is only a matter of centimeters away from being top, top class. It was only a Group 3, and it was against an on-the-decline Logician, but the manner in which he won the Aston Park Stakes was the true definition of a steering job and that alone showcased enough class to warrant a bit more respect from the market here, where he is currently a seriously appealing 25/1.

He feels a bit like the forgotten horse in this market, and while the likes of Mishriff, Adayar and Addeybb have obvious strengths that make them worthy of a place at the top of the betting, they’re far from bullet proof and a fully fit Al Aasy may well give them something to really think about in conditions that will certainly suit him in the Champion Stakes.