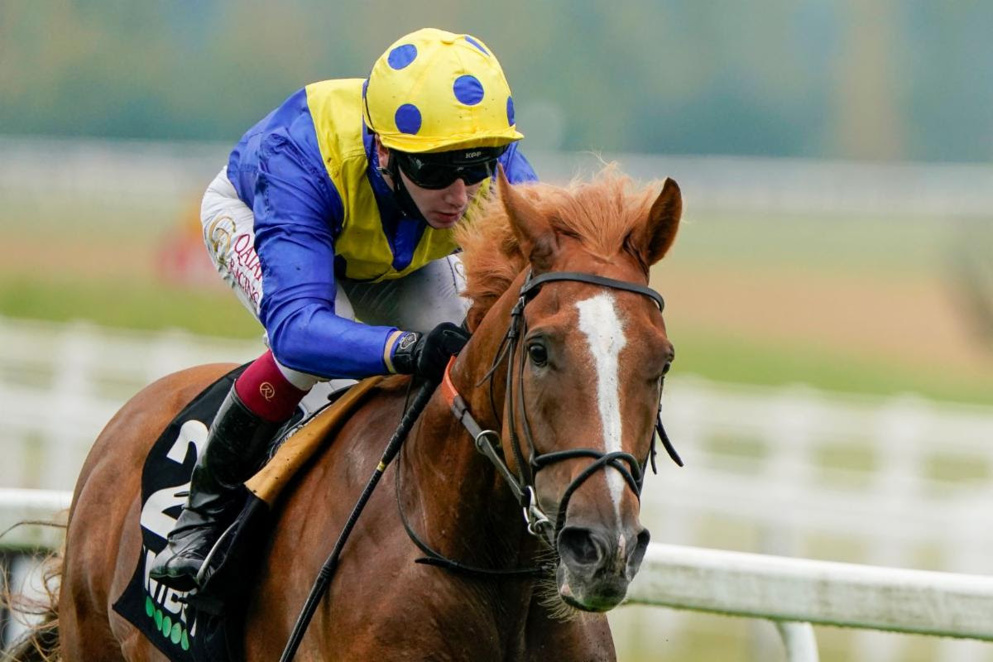 Dream Of Dreams was an impressive winner of last month's Sprint Cup at Haydock.

Nick Seddon previews Saturday’s Group 1 Champions Sprint Stakes at Ascot, which is developing a habit of producing a surprise winner…

Two of those renewals came in testing conditions, and the forecast going of ‘soft, heavy in places’ on Saturday ought to level the playing field a touch as a consequence. With that being said, we have a 7/4 favourite at the time of writing in Dream Of Dreams, whose credentials are very hard to knock.

Indeed, although he was regularly a bridesmaid at the highest level earlier in his career, Dream Of Dreams has returned an improved model this year, and built on a fine effort  to finish second on reappearance in the Diamond Jubilee Stakes by winning his last two starts in emphatic fashion, including last month’s Group 1 Sprint Cup at Haydock. That win came in similar conditions, and setting the standard here on the back of his most recent run, he will be difficult to beat.

Dream Of Dreams gets his Group 1!

The biggest threat in the market is the July Cup winner Oxted, who missed his engagement at Haydock after an unsatisfactory piece of work in the run-up. He’s closely matched with the favourite on form, though he’s unproven on ground this soft, and is passed over after a 50-day absence.

One who has proven form in these conditions is the mare One Master, who has three top level wins on her record, winning each of the last three renewals of the Prix de la Foret at Longchamp. That event is run over seven, and although she can’t be discounted if bringing her peak form to the table, she was held on her sole start over six in the Diamond Jubilee this term, and needs more.

Like One Master and Dream Of Dreams, Glen Shiel is also a six-year-old, and he’s done nothing but improve for Archie Watson this year, building on a Group 3 success at the Curragh in August by finishing second in the Sprint Cup last time. He has something to find with Dream Of Dreams as a consequence, but he’s in fine form, is proven in the going and has the assistance of the red hot Hollie Doyle in the saddle. Cape Byron is another from that age group, and although he has some strong form over course and distance on his record - winning the 2019 Wokingham - we haven’t seen him since being well held in this last year.

Two more to consider are the three-year-olds Art Power and Lope Y Fernandez. The first-named is one of two runners for King Power Racing, and looked a sprinter to follow when winning the Group 3 Lacken Stakes at Naas in July. He's been held in two starts at the top level since, however, for all that his effort to finish fourth in the Sprint Cup was a good one, and he'll need more to take this. Meanwhile, Lope Y Fernandez produced back-to-back efforts to place at the top level in France over the summer - including when getting within three quarters of a length of Pinatubo in the Prix Jean Prat at Deauville, but will likely need a career best effort if he is to feature.

King Power caused a 33/1 shock in this last year with Donjuan Triumphant, and along with backing Dream Of Dreams, it could be worth siding with the improving Happy Power each-way. He’s very much his owner’s second string here, though he arrives here in fine form having won his last three starts, most recently when a convincing winner of the Group 2 Challenge Stakes over seven furlongs at Newmarket last week. This will be his first start over six furlongs since his two-year-old days, but he does have winning form over this trip and is suited by the going. He wouldn’t have too much to find on the back of his most recent run, and looks worth chancing to hit the frame at the very least.

Lastly, it would be folly to completely rule out the admirable eight-year-olds Brando and The Tin Man. The latter won this in 2016, and although he is far from the force of old these days, he’s been holding his form well, finishing sixth in last month’s Sprint Cup and placing in a Group 3 contest at York last time. He’d likely need several to falter if he is to win, though, and similar comments apply to Brando - who has blown hot and cold this term but would be dangerous if given a strong pace to aim at.