Cheltenham Festival 2022: What clues emerged from Leopardstown on final day of Christmas meeting? 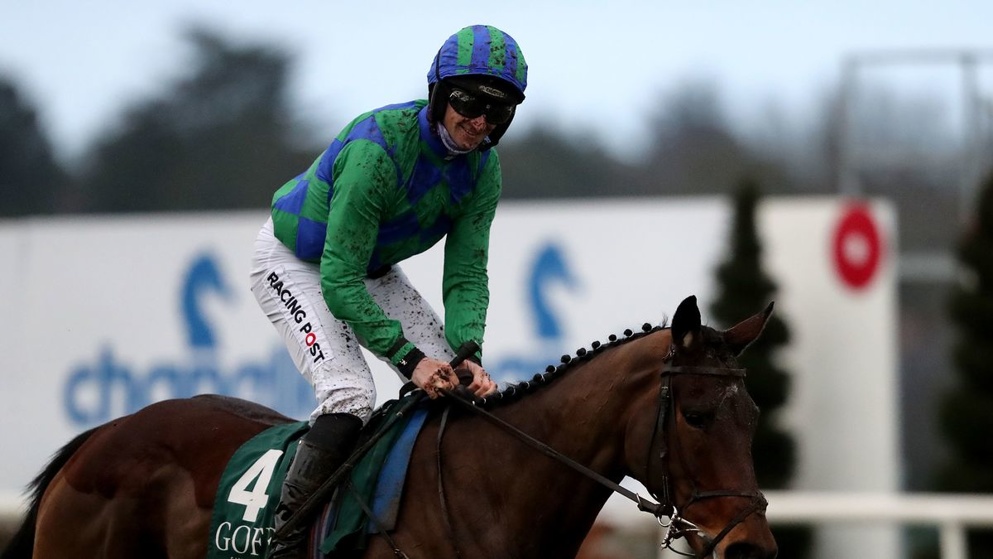 It was the final day of Leopardstown's Christmas meeting on Wednesday afternoon, and there could be a few horses that impressed that could be seen to good effect at the Cheltenham Festival come March. We look back at the day here...

A superb runner-up to Sir Gerhard in the Champion Bumper at last season's Cheltenham Festival, Kilcruit was one of the most hotly-anticipated horses to strut their stuff over hurdles this term, but the Willie Mullins-trained raider suffered another disappointing defeat over hurdles, and it's well and truly back to the drawing board with him. Beaten at long odds-on on hurdling debut, Kilcruit was well-backed into 4/9 favourite for today's contest, but he was duly outclassed by the exciting Journey With Me, who himself launched into the ante-post picture with Cheltenham in mind.

Around a 6/1 chance now for the Ballymore Novices' Hurdle and a shade bigger for the Albert Bartlett Novices' Hurdle, Journey With Me made it two from two on the track for Henry De Bromhead, and with today's win coming on his hurdling debut, he's an exciting prospect that is worthy of etching in the notebook. On the contrary, Kilcruit was far from impressive and was eased to 20/1 for the Ballymore, while he's available at an eye-bulging 33/1 for the Supreme Novices' Hurdle on the opening day of the 2022 Cheltenham Festival.

It proved to be a disappointing day for team Mullins in the first half of the afternoon as the well-fancied Shewearsitwell was an early faller in the Grade 3 Mares' Hurdle, and she drifted from 7/1 to 16/1 for the Mares' Hurdle in March. Leaving the door open for the rest of the field, there was a fabulous finish to the race with the Peter Fahey-trained Royal Kahala reeling in the reigning Coral Cup hero Heaven Help Us to claim the prize.

Available at 20/1 for the Mares' Hurdle at the start of the day, Royal Kahala was more than halved in the betting for the event, and is now a best-priced 8/1 for the 2m 4f Grade 1, and she sits just behind Telmesomethinggirl, who finished third in today's contest, but was trimmed from 8s to 6/1 favourite in the aftermath of the contest.

Thirty five minutes later saw the turn of the staying novice chasers and all eyes were on Run Wild Fred, who was popular with the punters for the Grade 1 Neville Hotels Novice Chase, but having made a glaring mistake in the middle of the race, which certainly hindered his chances, it was Fury Road that stayed on best of the rest and bound to an eye-catching victory. The former classy hurdler was instantly sent towards the upper echelons of the Festival Novices' Chase betting, and he's currently a 12/1 chance, at the time of writing.

However, having watched the classy duo of Bravemansgame and Galopin Des Champs win over the festive period, then Fury Road has a long way to go to be regarded as one of the best three-mile novice chasers in the UK & Ireland.

Finally, it was history repeating itself once again in the Matheson Hurdle, as Sharjah joined the mighty pair of Istabraq and Hurricane Fly by winning a fourth renewal of the Grade 1 showpiece to provide an upturn in Willie Mullins' fortunes, but the bookmakers were left fairly unmoved in the betting, as Sharjah was trimmed from 10/1 to 8s for the Champion Hurdle.

In a division that sees Honeysuckle dominate, Sharjah is a horse that has already placed in the Champion Hurdle during his illustrious career on the track, but having only edged past Zanahiyr (cut 25s to 16/1) the aforementioned wonder mare Honeysuckle won't be losing any sleep.