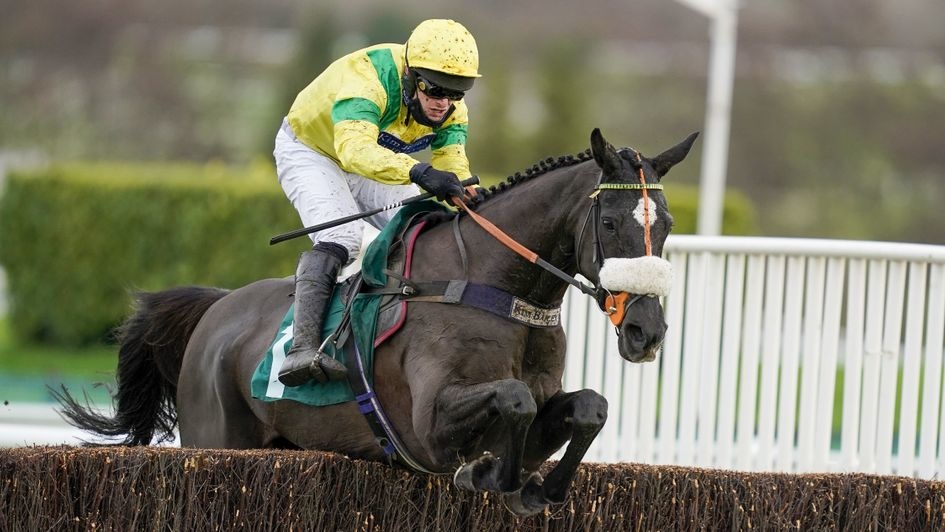 Chris Baker provides his Cheltenham Festival Day 1 Tips which include picks in the Champion Hurdle and Ultima Handicap Chase...

I have seven bets (5.5 points staked) for the opening day of this year’s Cheltenham Festival. Whether you are watching from home, sneakily watching at work or recording the action to watch ‘as live’ after work, good luck this week!

With well fancied favourites set to contest the first two races, my first bets come in the competitive Ultima Handicap Chase. Regular followers will know that I am a big fan of Kim Bailey-trained 3m+ chasers ridden by David Bass, so I am hoping that HAPPYGOLUCKY (NAP - 1 point win bet at 7/2) can get me off to a good start. This progressive chaser has won two of his three starts over the larger obstacles including an impressive victory here at Cheltenham back in December. That continued his good run of form at the track having finished third behind Thyme Hill in a trial for the Ballymore in 2019 and then a close fourth in the Martin Pipe Handicap Hurdle at last year’s Festival. His only defeat over fences to date saw him finish just half a length behind Getaway Trump, who won again last weekend.

PYM (0.5 point win bet at 16/1) has shaped on several occasions as though he could be a very good horse, but he is capable of putting in some poor performances. Bookmakers have priced him up accordingly but if he is on a going day, he could be a big danger to the main selection. Having accounted for Imperial Aura by eight lengths, he ended last season in the RSA Chase but was pulled up. He bounced back to form at Sandown on his reappearance but was well beaten last time out. Two key factors are in his favour here: he tends to be at his best fresh and he should relish the drying ground.

The consistent Aye Right is next best.

The unbeaten Honeysuckle is a fascinating contender in the Champion Hurdle but Henry de Bromhead’s star is arguably better on softer ground and/or over a longer distance. Goshen was back to his very best at Wincanton but has put in some below par efforts since his agonising fall in the Triumph Hurdle last year. Both should go well but last year’s champion EPATANTE (1 point win bet at 7/2) holds very strong claims of a repeat victory. Nicky Henderson’s mare can bounce back from an odds-on defeat at Kempton on Boxing Day and looks to have everything in her favour.

At the prices I am also taking a chance on ASPIRE TOWER (0.5 point win bet at 16/1), who is a stablemate to Honeysuckle and looks more than capable of outrunning his huge odds. Trained on the flat by Richard Hannon and then Steve Gollings, he has won three and been second in two of his six starts over hurdles since moving to Ireland. A Grade 2 winning juvenile, he ended last season by finishing runner up in the Triumph Hurdle. His two runs this season have been excellent – a commanding Grade 2 success at Down Royal and a gallant second in a Leopardstown Grade 1. Decent ground will suit and I expect Robbie Power to make a bold bid from the front.

Paul Townend and Willie Mullins can team up to win a typically wide open renewal of the Fred Winter Juvenile Handicap Hurdle with SAINT SAM (1 point win bet at 11/2). A dual winner in France, he is yet to win for his new trainer but was runner up in Grade 1 company last month. The winner that day (Quilixios) is one of the leading contenders for the Triumph Hurdle later in the week, as is the horse that beat him in his other two starts before Christmas (Zanahiyr). In terms of class, this race looks a much simpler assignment, but he will need luck in running up against so many runners.

SOLDIER ON PARADE (0.5 point win bet at 66/1) appears to have been given no chance by the bookmakers but I can’t resist a small cover bet on Amy Murphy’s outsider. He has been well and truly put in his place in Grade 2 and Listed company the last twice, but prior to that he had won three consecutive juvenile hurdles at Market Rasen. He looks set to encounter his preferred sound surface, wears a first-time visor and gets in off a nice weight.

The shortlist is completed by Riviere D’Etel and Houx Gris.

The final contest on day one of the 2021 Cheltenham Festival can go to NEXT DESTINATION (1 point win bet at 7/2), whose connections have chosen this in preference to some stronger looking races later in the week. A point to point, bumper and dual Grade 1 winning hurdler, he is now unbeaten in two starts over fences having made the switch from Willie Mullins to Paul Nicholls. His wins have both come in Grade 2 company for novices and although this represents a step up in trip, he has been strong at the finish over three miles. He has previous Festival form (placed in the 2017 Champion Bumper and 2018 Ballymore Novices’ Hurdle), is the highest rated runner in the line up and can outclass this opposition. Galvin and Remastered complete the shortlist.